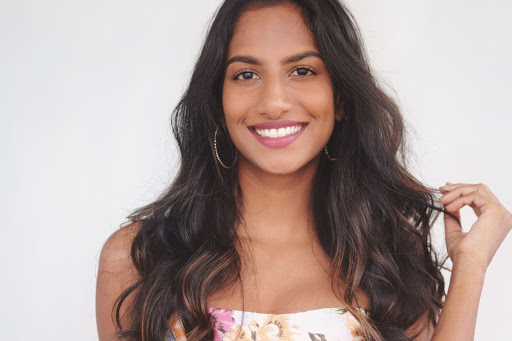 The music industry is full of amazing, talented people who have their personal touch to make their craft stand out from the rest. That’s why 25-year-old independent singer-songwriter Shanny Ramsamy is working hard and using her creativity to help her in the early stages of finding her sound.

Hailing from the island of Mauritius in East Africa, Shanny is surrounded by an eclectic mix of musical influences. However, she considers that her music connects well with the pop-R&B genre where she has amassed numerous achievements.

Gaining Success For Her Talent

To date, Shanny has released three singles and two self-made music videos. She released her three singles back in 2019 when she was in her final and most difficult year at university.

“I am the only songwriter on all three of them and I coordinated the music videos by myself. I went through lots of difficulties when trying to get the songs produced and what I thought would only take a few weeks ended up taking months,” she related.

But her hard work paid off as she received radio plays for the first two singles which were in Creole (Mauritian mother tongue), and one of which made it to their National Song of the Year contest on the national radio.

Her second single, titled “Papa” surpassed 200,000 organic views on YouTube which is the mainstreaming platform in Mauritius. The song was in seggae, a genre that combines reggae with their local music, sega.

“I did not have the means to promote the single, so just by sharing it on my social media and through word of mouth, people really connected with the song. I like to write from personal experience and I believe this idea was truly embodied in this song. When it comes from the heart, it hits differently,” Shanny said.

“I’ve explored various artistic venues from drawing and painting to photography and videography. However, my biggest artistic outlet will always be music. To me, it’s all about story-telling and being as authentic as possible,” Shanny said.

At a very young age, she always enjoyed singing. But it was when she took part in a national singing competition at eight years old that she realized how much she enjoyed being on stage and performing in front of an audience.

Soon after, Shammy enrolled in classical piano lessons at the national music conservatory and later started a YouTube channel where she currently has around 85,000 followers across her different social media platforms.

“While undertaking my Bachelor’s degree in architecture at the University of Cape Town, I discovered my interest in songwriting and I’ve been writing songs ever since. For me, that was the turning point in my life and that’s when I realized I wanted to turn my life-long passion into a career,” Shanny shared.

How TraderNick (Nick Syiek) Is Completely Disrupting The Forex Industry