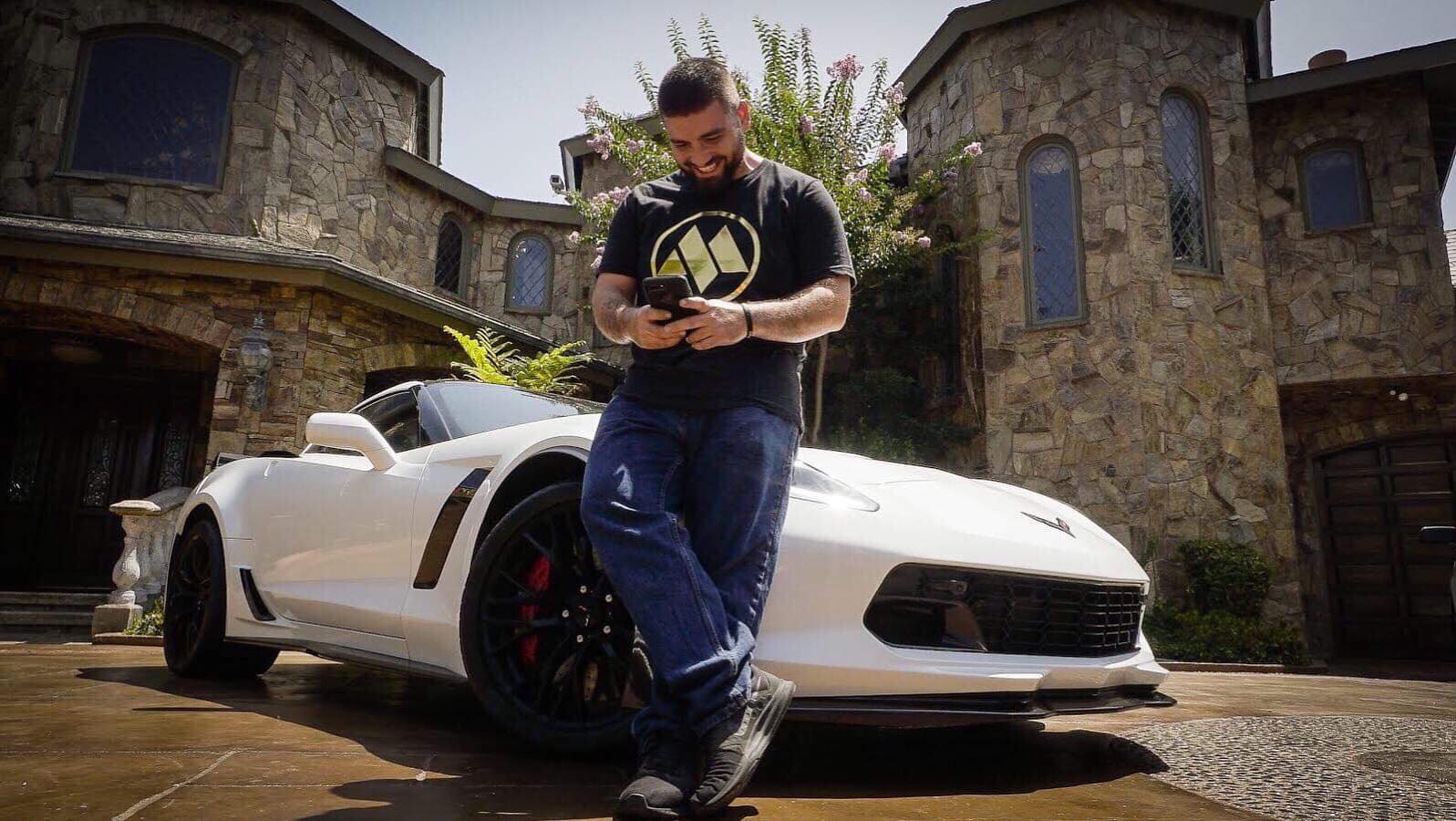 While a good number of entrepreneurs start their businesses with a few thousand dollars, Carlos Redlich did not. The man had nothing to his name and was almost begging for food at the time when the magical light bulb moment arrived. Like the 80 percent of businesses that fail during the initial stages, Redlich’s first efforts to rise out of the ashes with a martial arts school evaporated. There, however, was enough determination and zeal in the man to bring out the struggle that bred the success he enjoys today. I sat down with him to listen to his story and what I found out will most assuredly inspire you. Here’s why.

At One Point He was Paying $10,000 in Rent with Absolutely No Growth

Redlich’s introduction into the business world was quite an event to go by.  His journey began when he was just 25 years of age. At the time, he was running a martial arts school but without much to show for it other than a handful of clients and some formidable fighting skills. Expenses were on an all-time high as the premise cost them $10,000 a month in rent. It was not until him and his girlfriend discovered the book “The Four Hour Work Week” that everything started to change.

At first, Redlich’s outlook on the business started to change as he developed a profound interest in online businesses. What drove him was the desire to make as much money in the least amount of time possible so that he could match up with the entrepreneurs he was now beginning to learn from. Redlich recounts how his instructor introduced him into the world of copywriting and how he has since made a meaningful life out of it. Slowly, he found his way into copywriting and has from then built renowned resources on the subject like The Copywriting Domination Method where he shows other people how to replicate the process also.

Making 100 Cold Calls to Get 4 Clients

Having never been into the online industry, Redlich did not have any idea of how to go about promoting his business. So he resulted in cold calling. In our interview, Redlich recalls how he used to make almost 100 cold calls a day to get four clients to sign a contract with him. Then he decided to change from making calls to writing emails. Out of the almost 150 first emails he sent out, six people called back and signed up for business.

Getting six responses from 150 emails might sound ridiculous, but to Redlich, it was the direct opposite. He felt a bolt of excitement rush through him and gained just the right motivation he needed to push not only harder, but smarter. Ever since that first day, Redlich has been on an ever-rising growth curve. Within one year in the copywriting business, Redlich scaled his company to six figures.

Resisting the Urge to Give Up

No one has to be a genius to know that giving up in pursuit of dreams and goals is the single most significant impediment to success. Redlich knows this too well. He has had to resist the urge to give up more times than he can remember. There were days when he could not afford food and water for his girlfriend and himself. So he resulted to stealing water from their neighbor’s tap to at least have enough to drink, shower, and flush the toilet.

At the time, Redlich was still at the martial arts school but not getting enough to pay his bills. To him, nothing was more discouraging than seeing his friends working and earning five-figure salaries every year, while he had to put up with a few hundred dollars he got as profit every month. Business at the gym was so bad that his business partner threw him out just days to Christmas. However, Redlich always found a reason not to give up. There was a fire still burning in him. He knew that somewhere along with the struggle, there had to be something he would do to break through the barriers.

While Redlich was always dreaming of the big deals that would bring in the big bucks, he was not quite ready for that. At least that is what he realized when his first big client in the copywriting business came along. After doing some emails for a client for just $60, the client flew to Miami to meet Redlich to sign a long term contract. On the way to meeting his client, Redlich knew their business meeting would either turn right or wrong, and the latter was more expected.

Sitting down with his potential client with no special sales skills, Redlich couldn’t help but wonder how it would turn out. Then the big question came, “How much?” Without giving much thought to it, Redlich blurted out, “10,000 dollars a month.” It came as a surprise to him when his client smiled, reached out his hand, and said, “Deal, ten grand it is!” You can almost tell what ran through Redlich’s mind as he shook his first-ever client’s hand in disbelief. In our interview, Redlich said to me, “At that moment of shock, everything went blank. I then wondered why I hadn’t asked for 15,000 or 20,000, but I was glad anyhow, as I had never imagined closing a prospect for that much.”

You have undoubtedly read about success stories of how entrepreneurs rose from the ground up. However, Carlos Redlich’s story is unique in its way. I listened to Redlich as he said, “I was broke as a joke,” and I realized that I couldn’t exactly tell what he meant because he is now a different person. You can make that change too.

Meet the Girl behind One of Instagrams Most Prominent Photography Pages; Giulia Woergartner