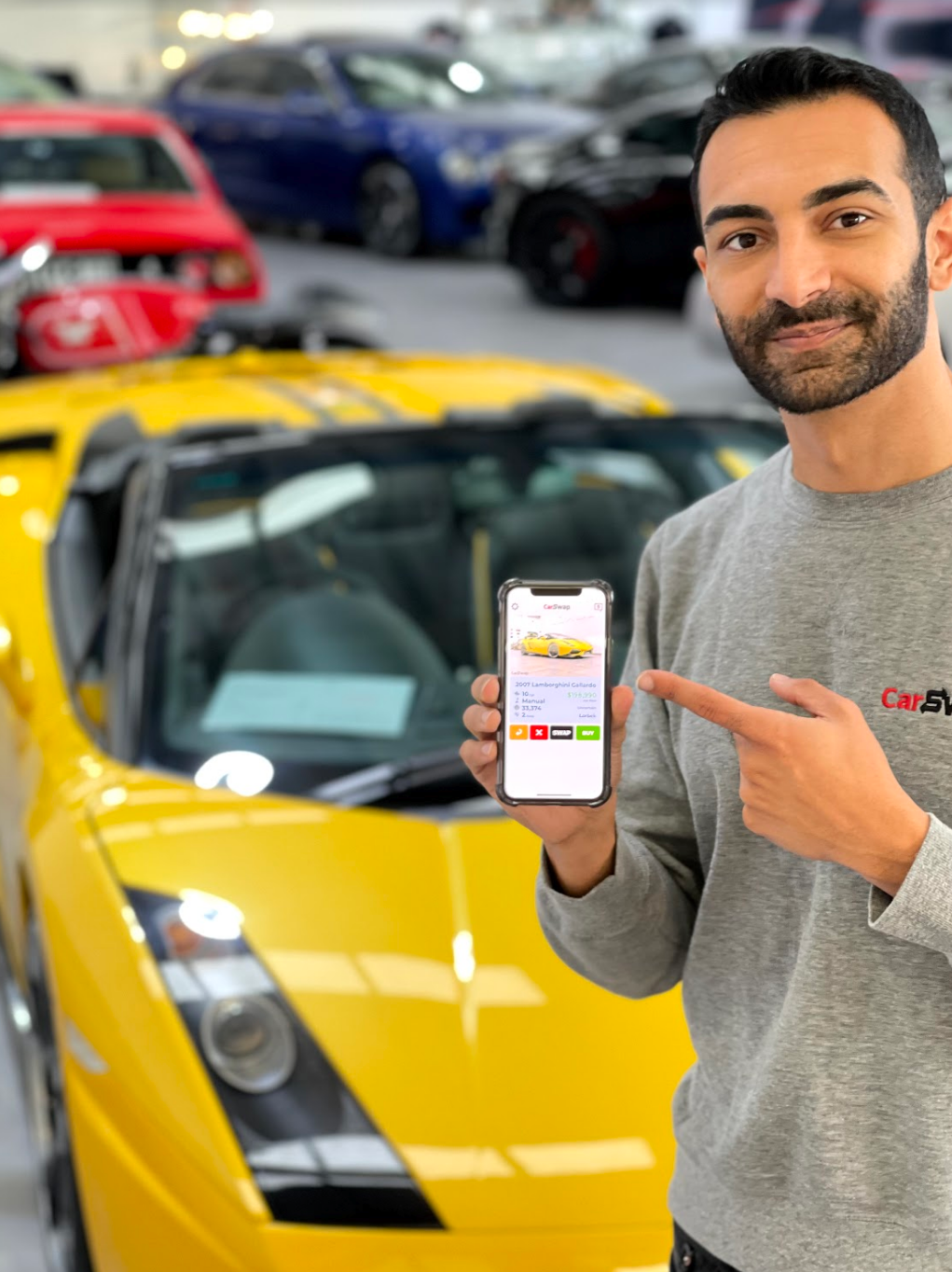 The world is in constant evolution and has been going through different technological stages. For many years now, everything moved to the digital era and people started to be able to offer services and buy products from home. Due to the COVID-19, many companies unable to adapt to the digital model had to close.

The digital world has led to previously unimaginable changes. It was crazy to think you could buy something and get it delivered in less than 24 hours. But things didn’t stop there. Now, you can trade cars online too thanks to CarSwap.

With CarSwap, it takes you less than two minutes to list the car you want to trade. Then you just have to set a search criteria for the car you want, review cars that match your criteria, discuss details with other users, and then trade, sell or buy.

Cyrus Rafizadeh is the co-founder of CarSwap, which has been acknowledged by multiple competitors as the leading app for trading, buying and selling vehicles. Back in 2016, when Cyrus was developing it, CarSwap raised $100k in pre-seed capital ahead of it’s launch across Apple’s App Store and Google’s Play Store.

Cyrus began his studies at the University of Houston at the age of 15. At just 19 he earned his Bachelor’s degree in Business Administration becoming the youngest person to acquire a degree from that university. Later, at 21, he earned a dual Master’s degree in International Law and International Relations from Flinders University, becoming the youngest to do so there too.

From a very young age, Cyrus worked with his parents in both his father’s technology business and his mother’s real estate business. He worked as often as possible, even during school holidays, thus learning valuable skills.

“Since I was a kid, I loved seeing exotic cars driving around and I was inspired to own an exotic car.” Cyrus says. “As I got older, I noticed there was no efficient or effective way to trade cars with other people. The only way was chat forums or car meets, which was very slow and difficult to matchmake with your desired car. So we envisioned an app where you could list your car, send or receive offers and match with someone who wanted your car within minutes.”

Since CarSwap’s initial launch late 2016, it has been quite the success. In 2017, it went viral thanks to news and media outlets who dubbed CarSwap as the true “Tinder for Cars”, about the same time it had garnered a modest $5M valuation during its seed round. During 2018, CarSwap became undisputedly the #1 global platform to trade/sell/buy cars after acquiring one of it’s competitors, CarSwapper. By 2019, the CarSwap app first achieved break-even point (big milestone for tech startups) while launching it’s digital billboard network for large format LED signs. During 2020, CarSwap raised additional capital at a $21.5M valuation, while on boarding it’s Chief Strategic Officer, Darren Altman.

The progress and achievements did not always come easy. People always have to face challenges and overcome obstacles to keep moving forward and get to where they want to go. This was also the case for Cyrus.

“Without the right mindset, it is impossible to successfully start a business” Cyrus advises and adds. “The biggest challenges when starting a business are finding the right business partners, who support or believe wholeheartedly in the vision, and who are not lazy or give up before the finish line. It is also important to learn how to listen to the market, and be willing to adapt your vision to exactly what users want.”

Find out more about Cyrus and CarSwap here.

Arshia Mahajan: Ready to Rock for Her New Projects in 2021