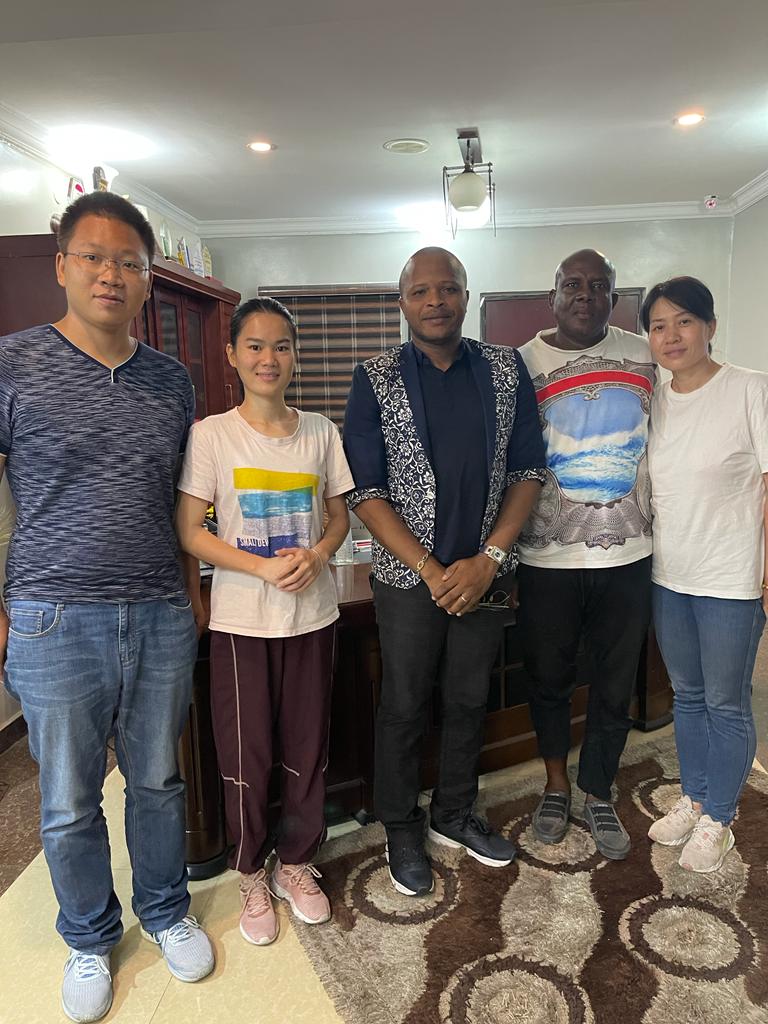 Following a winning streak in the manufacture and distribution of household plastics, Sir Chigozie Chukwudi Okafor led his team into the booming real estate scene in Lagos, Nigeria, with the sole aim of providing luxury at an affordable cost. They would pitch their tent on the luxury residence niche starting with a few units of residential luxury duplexes in Amuwo-Odofin GRA Lagos Mainland. As expected, they would grow the company’s portfolio from there and the rest, as people say, is history. But here is the major reason we shine the spotlight on this visionary team.

When people talk about real estate in Lagos, the emphasis is often on the Island. The celebrities, political heavyweights and many high profile people who frequent the Island are in part major influencers of this paradigm shift. Is this a good thing? Yes. But there’s an obvious challenge. Due to the mammoth attention focused on Lagos Island regions such as Lekki, Ikoyi, VI, Ajah, and Banana Island, the cost of properties in these hoods have become so gargantuan that only the elites can acquire them.

Conceiving A Game Plan For the People

Spotting the challenges at hand, the Dynatech team set out to do what they know how to do best: creation and distribution of value. The idea was and remains to build contemporary homes that have an international appeal which final consumers can comparatively easily acquire without breaking the bank. In executing this plan, Sir Okafor and his team decided to work on strategic locations. They started with what they had right where they were: Amuwo-Odofin. Seeing the kind of homes popular on the island being erected in Amuwo-Odofin and available at way cheaper costs was a delight to everyone who saw it.

(A cross-section of the White House by Dynatech)

What followed was a rush for these properties. Typically, an average of 50% of all Dynatech homes get bought even before completion. And there are good reasons as to why this happens. “First of all, we choose very strategic locations for all our projects” begins Sir Okafor, MD Dynatech Group “Then we create equivalent or greater than prevalent contemporary building standards in that neighbourhood. Next we price the homes competitively.”

Apparently, the result of this simple hack has been amazing. A simple shift in choice of location while maintaining standards has given the Dynatech team the leverage to build more housing units, and do so at a lower cost. Dynatech brought island standards, and leading continental quality, to the mainland of Lagos. This means more value for the developers, the buyers and even entrepreneurs who invest in these development projects.

From the inaugural Trio by Dynatech to the more recent White House by Dynatech, Sir Okafor has continuously expanded the chain of value much to the delight of his clients from across the world. It is important to note that this chain of value critically benefits all parties involved: the buyers get luxury at affordable rates; investors earn a decent ROI; and the developers are rewarded for efforts. The logic is to kill three birds with a stone.

Following back-to-back success in Amuwo-Odofin GRA Lagos Mainland, Sir Okafor would set his sights on even loftier locations on the mainland. At the moment, Dynatech is giving life to a new project at Ikeja, GRA, perhaps the most iconic location in all of Lagos Mainland. This is in tune with the MD’s beliefs that if the value is good enough, then everyone deserves a taste of it.

“We have demonstrated results for years now and have grown to enjoy the loyalty and confidence of both clients and investors in the last couple years” Sir Okafor begins once more. “What these results did to us is that it gave us more confidence to dream bigger and dare to expand. Gross sales from our recently sold out Corporation Estate are just shy of 10 digits in native currency”

The team has set its sights on Ikeja, the state’s capital. Ikeja arguably has the most important institutions in all of Lagos mainland. From government institutions to corporate headquarters and premium facilities, the relevance of this side of town cannot be overemphasized. Even inhabitants of the islands of Lagos must take a trip to Ikeja before accessing the Murtala Muhammed International Airport and a bunch of other city essentials. Now it is in this elite neighbourhood, far away from the hurlyburly of town that the Dynatech team is set to construct 4 units of contemporary 5-bedroom duplexes on 2 floors.

Folks at home and in the diaspora who are looking to own a luxurious piece of residential property in West Africa’s busiest city may have to look no further. Whether these individuals are looking to buy and reside or resell for value at a subsequent date it does not really matter. The captain of the Dynatech Group is a man who started from scratch and has mastered the art of creating alluring value from almost nothing. Maximization of resources is a key trait that may be easily observed by anyone keen enough to peruse the journey of the brand. Business savvy and with an eye for affordable quality; buyers of Dynatech structures basically always get contemporary luxury homes and at a better deal. It is the same for investors in terms of ROI.

This year is obviously going to be a very eventful one for Dynatech Group and all of its partners. Beyond the lofty projects set to unfurl on the mainland, the developers are looking at leveraging the people’s love for beaches. A starting point on the island for the Dynatech team is Oniru, Victoria Island, an elite location which represents part of the crème de la crème of Lagos neighbourhoods and the federation.

Also, it is interesting to note that the commitment of the Lagos government towards connecting the state with a train metro system brings all sorts of perks to the already attractive region. The Mile 2 train station which will run all the way from Mile 2 to CMS Lagos is expected to kick off in Q4 of this year. Again, the Red Metro Line will connect Ikeja GRA to several other parts of Lagos down to the Oyingbo Terminal.

Decongestion of traffic; smooth, faster and cheaper access to various locations in the city are just some of the many benefits that will come the way of Amuwo-Odofin GRA and the entirety of Lagos Mainland. Amuwo is ripe for investments. Ikeja is ready to yield value. Lagos is yours to reap and the Dynatech team is ready to bring those dreams to reality through building affordable contemporary luxury residences.

Digital Recruitment: How To Attract Specialists And Retain Them