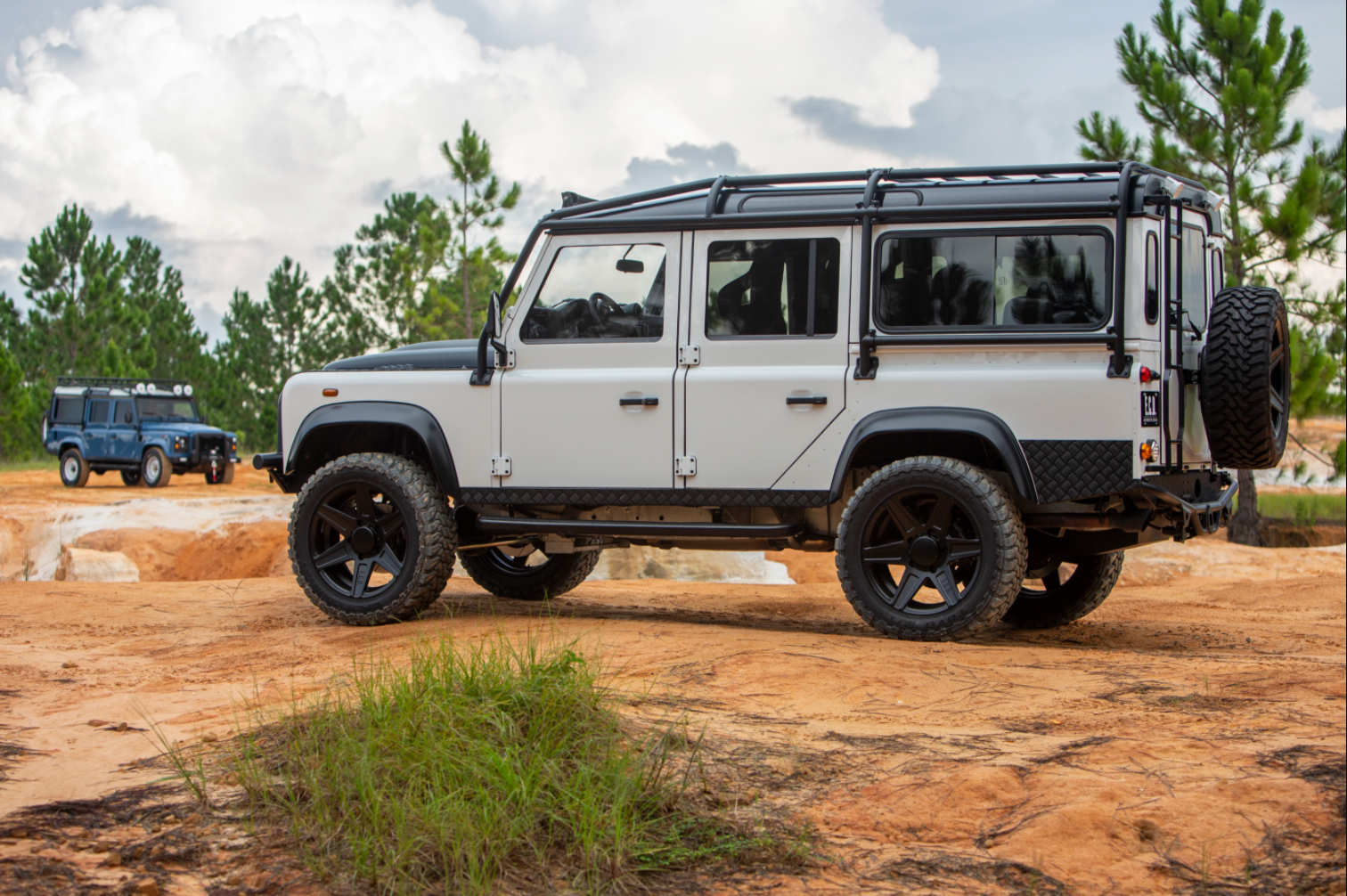 In the world of off-road capable vehicles, there are Land Rover Defenders and then there is pretty much everything else!

Sure, Jeeps, Hummers and custom “chop job” off-road crawlers can be tooled up to get you where you want to go when the asphalt runs out. But nothing – nothing – looks as elegant and remains as capable on pavement or off the beaten path as the Land Rover Defender does.

Absolutely swimming top to bottom in British engineering DNA, with classic European-style and clean lines that other vehicles have tried to mimic but always come up short, when Land Rover stopped making the “Original” Defenders in 1990 things looked pretty bleak.

Now, though, thanks to ECD Automotive Design – a custom vehicle shop dedicated to breathing new life into classic Defender vehicles – these SUVs are enjoying a second lease on life with some major modern updates and overhauls included!

The Mission – Save a Legendary English Off-Road Bloodline from Extinction

ECD Automotive Design was born out of a deep love and passion for British engineering and automotive history, with brothers Tom and Elliott Humble (to be joined later by Scott Wallace) feeling a real connection with the history, tradition, and capabilities of those Original Defenders.

The founders recognized pretty quickly that the original classic Defender vehicles were starting to die off and disappear. The oldest Defenders (first rolling off of assembly lines in 1983 and then ceasing production in 1990) had really been put through their paces, beat up and discarded in far-flung locations all over the world.

There was a real chance that a legend of the off-road community could disappear completely if these vehicles weren’t found, saved, and brought to better than brand-new condition.

The mission – to save a legendary English off-road bloodline from extinction – was established.

After moving to the United States with his wife Emily in 2012, Tom had an idea to build a new dealership in the US that would help spread these legendary English vehicles across America.

He was later joined by his brother and their first employee (Brandon), with all three stripping old, rusted, sometimes falling apart Defenders down and then rebuilding them into their client’s dream custom Defenders.

A fortuitous meeting of the founding brothers and Scott Wallace at a local Wawa gas station led to an interesting and passionate conversation about how to best save everything that the classic Defender had come to embody while making it a more modern and even more capable off-road machine for discerning clients that wanted something really unique.

Strategically Starting Over from Scratch

The decision to strategically start over from scratch while controlling every (EVERY) aspect of the custom Defender project from start to finish was made.

The team – now including Scott – got to work overhauling ECD from top to bottom, looking for the best automotive engineers, fabricators, designers, builders, and mechanics around that were serious about building next generation custom Defender projects.

It wasn’t hard to fully fleshed out a team of hard-core enthusiasts. A lot of people, it turns out, or your to jump on board this mission to save and even improve upon Defender DNA.

Today ECD represents a perfect blend of English ownership and American ingenuity, finding ways to breathe new life into custom Defender projects for clients all over the world.

Headquartered out of two main locations on the East Coast and the West Coast of the United States (Kissimmee, Florida just outside of Orlando and Malibu, California), classic Defenders roll into these shops and are stripped right down to the bare-bones, repaired and rebuilt from top to bottom, and then fully kitted out with luxury appointments and modern off-road engineering to make these the best custom

ECD Automotive Design has earned a legendary reputation throughout the custom auto industry, but more than that they’ve found a way to not only restore the Defender in the eyes of the off-road community but have even been able to improve upon these already incredible vehicles without losing what makes them so special in the first place.

Those on the hunt for a custom Defender need look nowhere else.

One Power: Top Provider of Custom Solar Installations for Home and Business