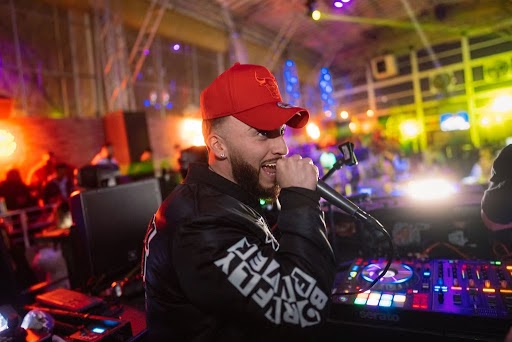 Back in 2012 to 2013, users were raving about an app called Vine, an American social networking short-form video hosting service that allows people to share six-second-long, looping video clips. This platform saw the creativity of various content creators who did all kinds of tricks and gigs since the app significantly boosted their popularity.

Tyler River is one of the many individuals who became popular thanks to Vine. As an influencer, he did well on the app and grew his following organically. The support he received from his fans allowed him to shift his career to music.

When he was still on Vine, Tyler has been entertaining audiences everywhere. He even caught the attention of American singer-songwriter Taylor Swift who reposted Tyler’s work.

This repost may seem like a small thing but coming from Taylor Swift, who has an immense fan base from all around the world, this became the opportunity for Tyler to gain new fans and business.

“Since then my fans started following me on other platforms, and that’s when I started making music. It worked great since I already had a large following,” he said.

Receiving a repost from Taylor Swift may have been a highlight for Tyler’s career as an influencer. But as a musician, his success comes from being able to put out music for his fans to enjoy, and that came in the form of his “Hookiviri Remix.”

As Tyler continues to focus on giving good content and bringing quality music to the people, he’s planning on releasing more music that his fans would surely look out for.

“I have a lot more music coming out, with a lot of big features that I can’t speak on yet. It’s going to be a great summer,” he teases.

Thanks to his loyal followers and new fans, Tyler’s career as a music artist has been taking off. And in the time that he learned a valuable lesson of being focused on his long-term goals because, in the music industry, many temptations could take Tyler away from his initial goal.

“It will test you every day in all aspects of your life and the consequences will always catch up to you,” he said.

So instead of letting bad intentions or distractions take his mind away from what he wants to achieve, Tyler makes sure that he does things right the first time.

Find out more about Tyler River on Instagram or listen to his music on Spotify.

The Key Is Mastery: What Values Can Propel Artists to Success According to Rob Terell

Farrari Yanni Is the New Rising Chicago Artist on the Radar!