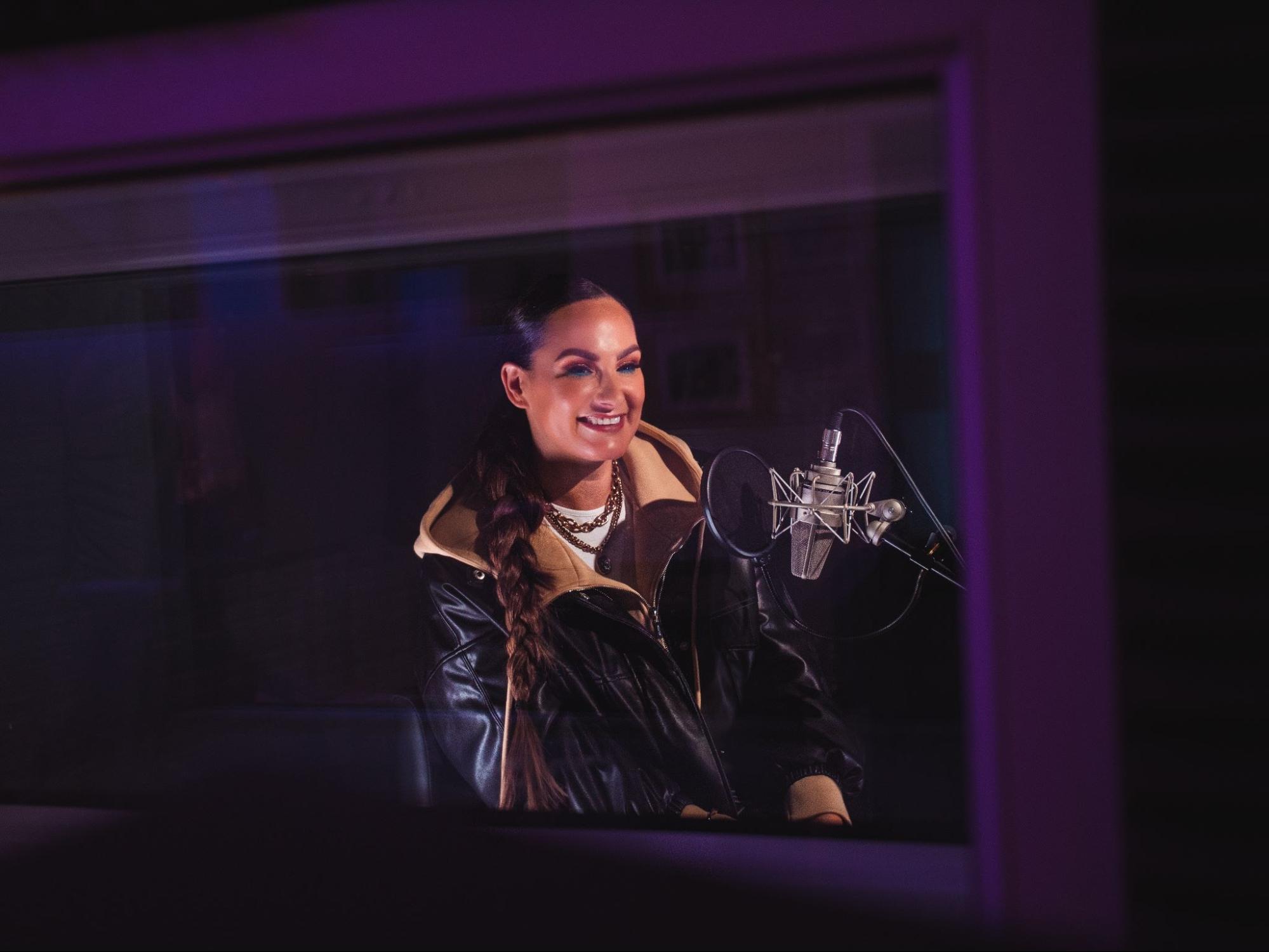 There are some instances in life when our careers take us down a different path from what we originally intended. Although it offers new opportunities, some people find themselves going back to what they originally planned.

Esmae, an independent singer/songwriter from Teesside, United Kingdom, knows what it feels like to go down another path only to later return to what she loved doing the most: music.

Now that she’s on the right track in terms of her music career, Esmae has worked hard to release relevant music that boasts of her skills in writing lyrics and creating melodies.

Listening To Her Calling

Originally, Esmae wrote her first song when she was 16 years old. But having career success elsewhere kept her from pursuing her musical journey.

Nonetheless, music has kept on calling to her. So even though it has taken several twists and turns of life to lead her back to it and, as with all her former pursuits, she is now immersing herself fully.

She first came to prominence in 2019 when her Soundcloud collection of tracks quickly garnered over 500,000 streams. Her passion for old-school RnB pop and buttery vocals allowed her to create her unique brand of music.

This gave her the confidence to start a YouTube channel, uploading weekly cover songs which led to another 500,000 views and a substantial online following.

It was then that Esmae decided to stop sitting on the songs she’d been writing privately and take them into the studio to record. The result is a 5-track EP titled ‘Do Better’ which is due to be released later this year.

“My goal is to keep writing relevant music that people can relate to and to start performing live soon,” she said.

A Much Awaited Release

Now that she is focused on her music career, Esmae is eager to release music that tells of her diverse life experiences which audiences can relate to.

Recently, she released her first single titled “Oughta Know” which is infused with 90’s R&B influences and a dash of pop music.

Her new single also shows Polished production, strong vocals, and an undeniably catchy chorus that tells the story of a one-sided relationship from the perspective of someone who “oughta know” better.

“I’m proud that my songs are all based on either my life experiences or the experiences of people I know which essentially uncovers a whole range of human emotions and certainly makes the writing process interesting,” she said.

The single has had over 30,000 streams and is about to be followed up with her Autumn track, “Had it all,” along with two other singles that Esmae plans to release this year.

Learn more about Esmae through her Instagram page or listen to her new song, Oughta Know, on Soundcloud.

How Manuel Godoy Started His Career As A Comic Book Artist

Bridging A Fan Base With BlockChain; Jaraiyia Alize’ Secrets Revealed