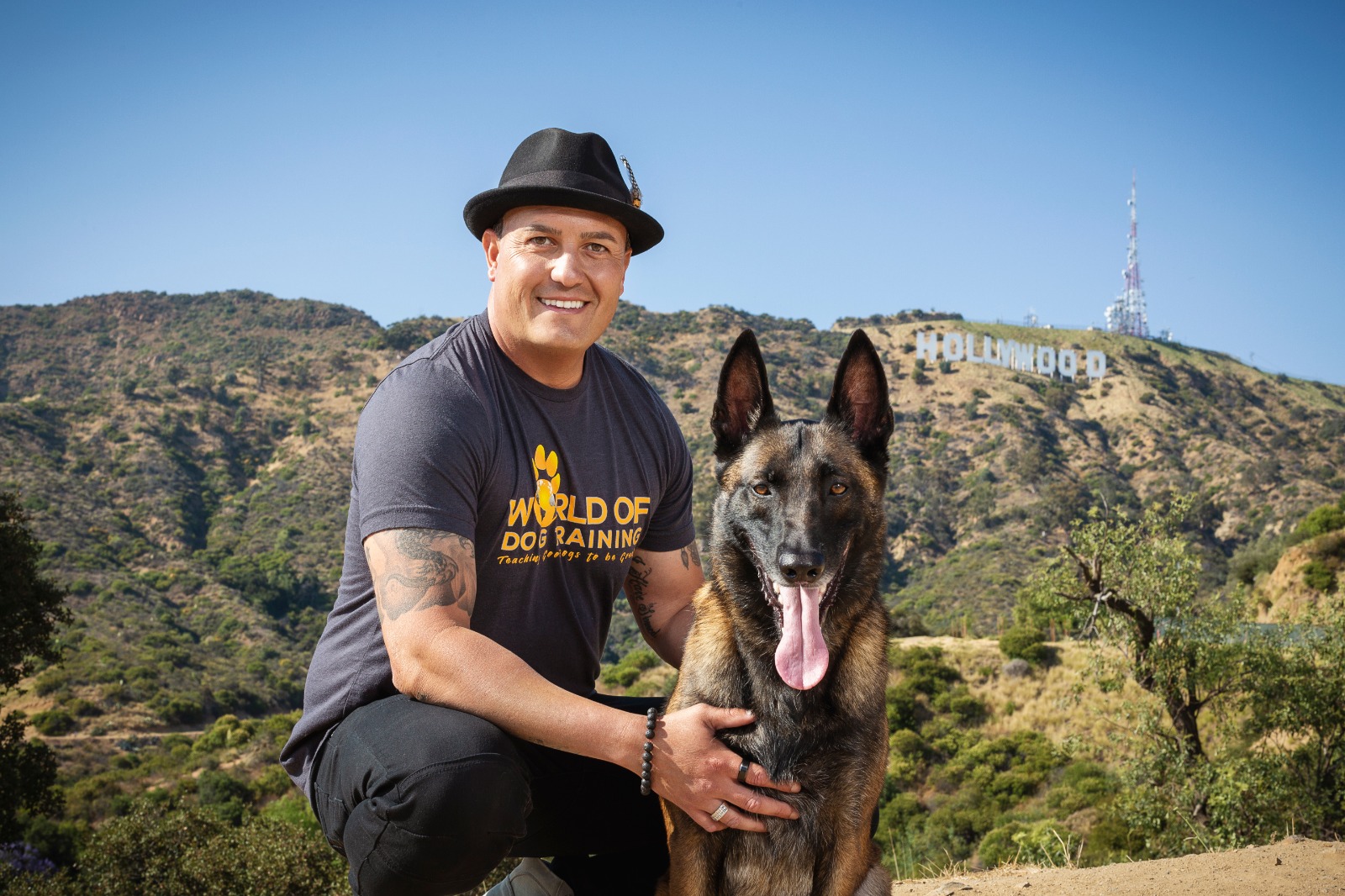 Dogs are natural-born followers. A human must always be the dog’s leader, otherwise, the dog will assume that position. When dogs feel uncomfortable playing that role, it can lead to disruptive and chaotic patterns forming in the relationship between humans and dogs.

Renowned Celebrity dog trainer, Ryan Matthews, of World of Dog Training began his career with dogs in 2002, training military working dogs in the army. From there, his enjoyment grew from interacting with animals and learning psychology around how dogs think, how their brains are wired, how they solve problems, and how they operate from a place of “anything is possible”.

The expert Canine trainer has also had experience working with the Secret Service and Special Forces while overseas, positioning himself at the forefront of dog trainers worldwide. 3 years ago, he was also chosen to share his story on the TEDx stage twice in Los Angeles, CA, and Skyforest, CA.

Ryan has also worked with celebrity clients, including Cynthia Erivo, Cole & Kelsea Moscatel, Amber Diamond, and Michie Peachie. His proven track record shows he has cracked the Canine code on what it takes to train dogs. His “business in a box” style program includes marketing support and hands-on training at the school, and the typical outcome is a client generating a minimum of $10,000 in their first month.

Every year there are millions of dogs euthanized in America alone. Ryan believes that dogs are often sent to a shelter because they misbehave, their owner doesn’t understand them, or the dog is more than they can handle or control.

Ryan shares, “this is what I want to change. I want to have a huge impact on reducing euthanasia. I want to save the lives of dogs and rid people of any guilt they have.”

World of Dog Training helps humans and dogs connect better and understand one another, helping them thrive in partnership. This way fewer dogs get returned to the shelter and fewer are euthanized. Important components of the training program include reading about the needs of dogs when it comes to exercise, attention, affection, leadership and cultivating a healthy environment.

Ryan has also created a world-class certification where people can become certified dog trainers. World of Dog Training is unique compared to other dog training programs as they take a “modern-balanced dog training approach”. This means Ryan has taken the best of what he’s seen out there – from a military experience and civilian experience and put his own twist on it. The “twist” is intuition and slowing down, ultimately tapping into a higher power to tune in with the animal, all without ever saying a word.

A dog is a direct reflection of the effort and time humans put forth into them and their training. Lastly, Ryan emphasizes “it’s never too late to train a dog. The old saying “you can’t teach an old dog new tricks” is not true.”