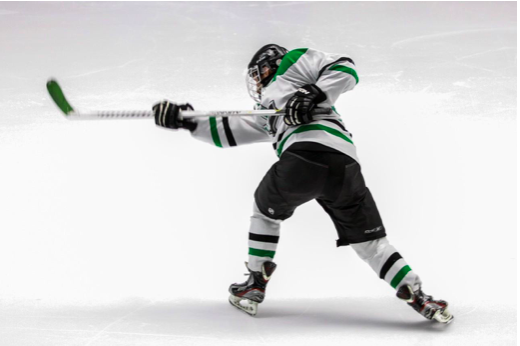 Sports betting has really taken off in North America in recent years, with many states in the US amending laws to allow online gambling. Canada also recently changed its law as well and hockey fans, in particular, are going to notice a big difference when it comes to sports betting in Canada.

Betting in Canada is nothing new of course. There has been perfectly legal gambling on multiple events for years. But, since the end of August this year, sports fans have been able to bet on single events – allowing for a much broader choice.

One area of the sports world that will obviously benefit from this decision is hockey – and the NHL in particular. The new season started October 12th and hockey fans will now be able to bet on single events, including the Stanley Cup finals.

Online betting companies are set for a huge increase in use from hockey fans across Canada as the new season continues, with far more potential betting markets being explored by new customer account holders.

A lot of fans will previously have made their betting selections illegally. But now those same Canadian fans will be able to place their bets at a number of new sportsbooks inside the country’s borders.

It has been estimated by the federal government that about $10 billion was spent on single sporting events in the previously illegal market. That doesn’t even include the $4 billion more spent by Canadians offshore, which was technically legal but not encouraged.

Football is still probably just about the most popular sport to bet on, but hockey is Canada’s favourite and sportsbooks are bound to offer countless offers and ways to bet on single events throughout the NHL season.

The new legislation will also attract a wave of newcomers to online betting – and hockey is expected to be the most favourite sport. But what should potential customer account holders look out for?

Apart from the basics when it comes to betting – such as following your head, rather than your heart – Canadian hockey fans will find that there are far more betting markets open to them now the new regulation has been introduced.

How to Bet on the NHL

It has been a while since a Canadian team has won the Stanley Cup. But at least the nation’s bettors can now legally make their selections on the games. Here are a few of the most common types of bets when it comes to hockey.

This is the simplest type of bet to understand in hockey. Here you are just predicting who will win the game. The two teams will be offered moneyline odds and bettors just decide which one they like. If Montreal was priced at +110 and Vancouver was at -120, it would mean that a bettor would need to bet $120 on Vancouver to win $100. Staking $100 on Montreal would bring in $110.

The puck line bet is similar to the run line in baseball and is essentially a goal spread wager. Bets are usually 1.5 goals and bettors can either lay the 1.5 goals against the favourite or take them for the underdog. For example, if Vancouver is +1.5 at odds of -110, the Caps would need to win or lose by just one goal for the wager to win. These kinds of handicap bets are very popular and make any game a level playing field.

Another popular bet is the totals. Here bettors are simply predicting the over/under of goals scored in a game. It doesn’t matter what the final result is – this bet is all about the total number of goals.

It is predicted that hockey betting will experience a surge this season in Canada as more people are legally allowed to make wagers. But Canadians love all their sports, so the new regulation is likely to produce more interest in betting as a whole – including more locally enjoyed sports such as curling. One thing is for sure, the sportsbooks of Canada will now be expecting a busy year.

Why should you choose Moissanite for engagement ring?