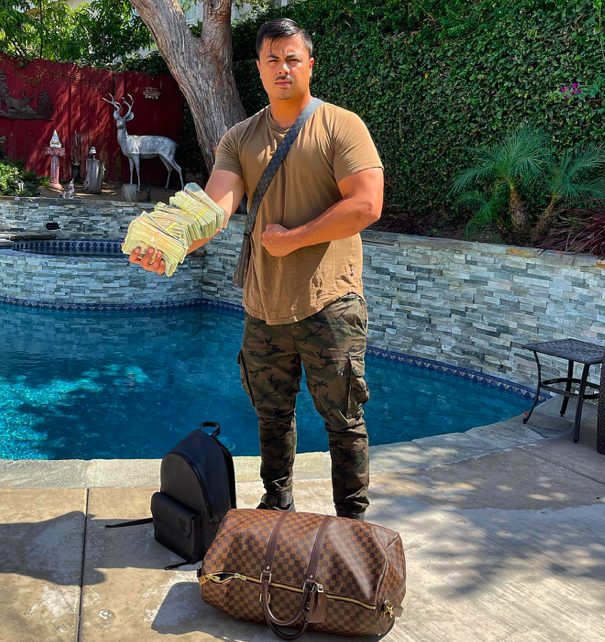 Self-made entrepreneur Joshua Tenove has done what few can endure and accomplish. Turning the struggle into success is no easy task, but the entrepreneurial spirit provides people with skill and strength to do so. At 17, he had his first and only job, and he has been self-employed since. There is freedom in entrepreneurship, and he has reach several milestones with this freedom. Keep the quote “take risks and prosper” in mind, because Tenove has something in store for us.

Josh, it’s an honor to be able to tell your story. Tell us a bit about your upbringing.

I was a scholar athlete, football was my life. Right out of high school, I received a full ride scholarship to Weber State University where I played Division 1 football as a linebacker. I had my first child when I was 18, and started my first business when I was 19, titled Top Shelf Entertainment, which offered music recording & production in Ogden, Utah.

I know your experiences have shaped you. We’ve love to hear you touch on those.

In April of 2012, I was raided by the Weber Morgan Narcotic Strike force for suspicion of marijuana distribution, where I battled an indictment for over a year. After I beat the case, I moved back to California and started an automotive sales and customization shop called Champion Motors.

That’s incredible. Very few could turn that struggle into success. And it only bloomed from then on I heard, correct?

In 2014, I partnered with a non-profit organization, Operation 2nd Choice, which gave disabled combat veterans low income housing & employment opportunities. I was able to provide many disabled veterans with employment opportunities within the legal cannabis industry as well as offered them a 2nd choice when it came to medical treatment for their ailments. Many veterans suffer from the long term use of synthetic psychoactive drugs like antidepressants, which creates an even greater problem for many of these guys, and I offered an all-natural alternative with cannabis.

You are influencing and impacting wellness, community, and more, through cannabis. Tell us more.

In 2016, I launched my first legal cannabis delivery service in San Diego called, Highly Legal, which quickly rose to the top amongst the highest rated Weedmaps delivery services in the county. We were on the front page of every city and rated 5 stars with over 5K reviews. In 2019 I was contracted by Edipure to oversee and facilitate the launch of their brand in the state of Oklahoma. I received a high times cannabis cup medal for my product and opened two dispensary’s during my time in Oklahoma. In November 2020, I moved to Los Angeles to oversee distribution for the cannabis brand, CaliPlug, where I was given the name “Mr. Cali Plug” for my notoriety within the industry to source the most exclusive and exotic cannabis genetics in the world.

That’s impressive! I also know you’re involved with Trap University, a well-recognized brand. Elaborate on that.

Yes, I am currently a partner on a cannabis brand called Trap University which aims to educate people on how to get off the streets and into the legal market. I am a pioneer in a rapidly evolving industry which was once illegal. My goal now is to help people establish careers and companies within the industry legally so that they can spare themselves all the trials and tribulations I had to endure coming from the streets.

Motivation and Moves in the Making

The proud father gives his children credit for providing him with motivation. So what’s currently in the works for Tenove? “I am currently launching my own brand called Take Risks and Prosper aka T.R.A.P. which is a verb focused on entrepreneurs. I want to normalize the word “trap” as the new “hustle” or “grind” specifically for the entrepreneur,” shared the entrepreneur.

To stay connected with his journey, inquire for services, or reach out, follow him on IG here.

21 Pieces of Inspiring Quotes for Entrepreneurs