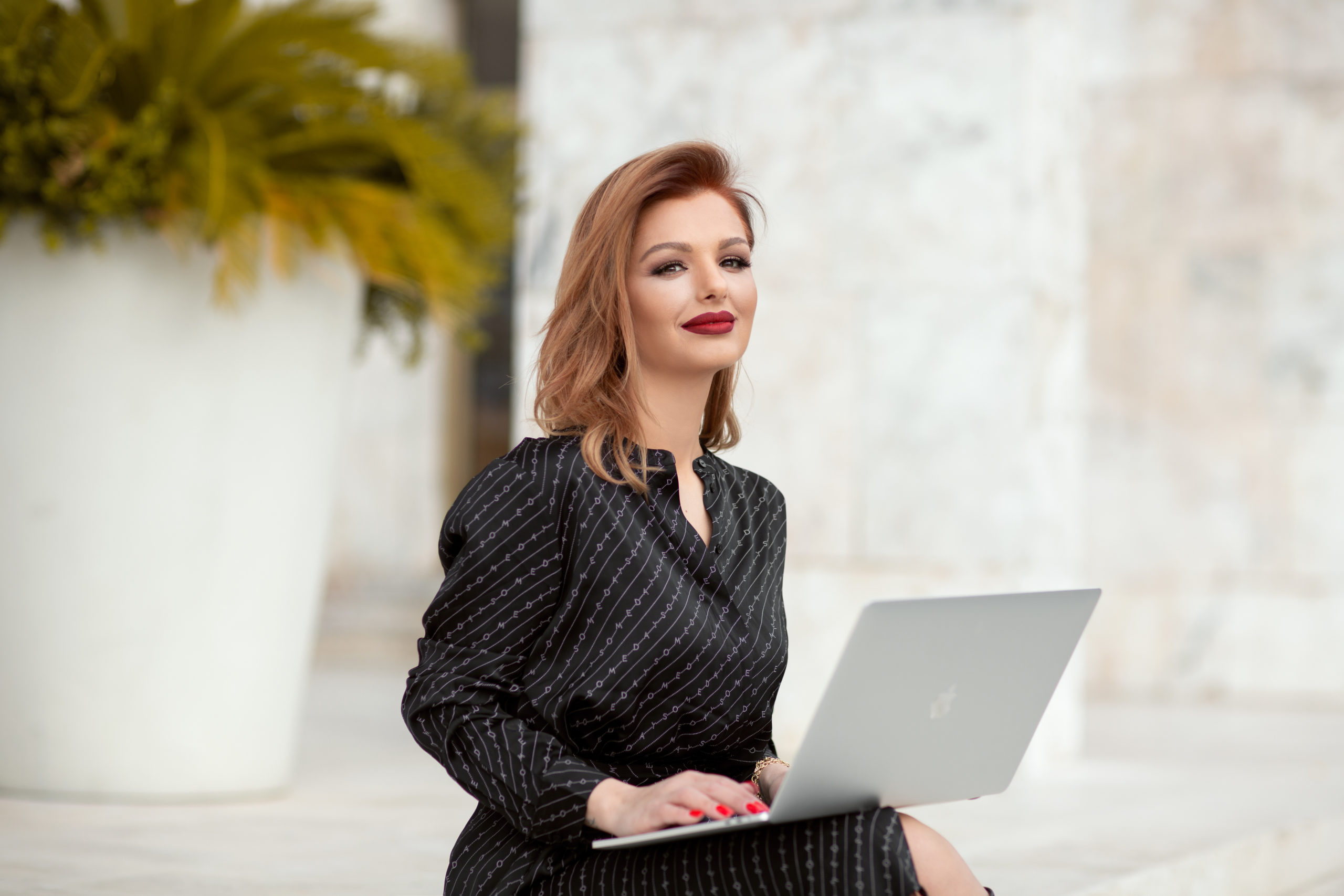 Juljana Hoxha is a NYC-based Professional Coach specialized in Personal Transformation & Business Coaching. Her coaching programs empower people to reach their full potential and entrepreneurs to get Results by taking the hustle a-said, grow profitable, passionate, authentic businesses that allow them to live more and work less.

Please tell us, what is your backstory? How did you go from a young girl in Albania to living in NYC?

I was born-and-raised in Albania with nothing more than a burning desire to create and live my dream life, my way. I’m proud to have been crazy enough to dare to Dream Big. March 05, 2003 is a day I will never forget. It is the day I registered my business and signed the contract that would set my entrepreneur journey in motion; despite the hesitation of peoples beliefs about my ability to succeed as a young female who lives in a masculine dominated culture. I am grateful that I didn’t listen to my mom, who was more concerned with the HOW I will make it happen. I didn’t stop there. I went to study in Italy, moved to Germany where I started my family, and here I am , a wife, a mother of 2 and the owner of 2 businesses, a restaurant and a clothing store. The restaurant was doing great business, but the clothing store was losing money. While on the outside everything looked great, inside I was frustrated and confused. I thought that I was doing everything right! Why was my clothing store doing so poorly? Before I decided to follow my dreams and open my clothing store, my husband and I had opened the restaurant . So as you can imagine I didn’t have a lot of time! A mother of two, a restaurant, and a clothing store. But I was determined I had always had this dream of helping women RESTYLE THEMSELVES because I wanted them to feel confident, bold, and independent!  What I needed was to be able to put all my focus on my business, but I also wasn’t willing to abandon my husband in the restaurant, because I wanted to be a good wife and he needed my support. Deep down I felt guilty for working so much, my children were growing up so fast. I wanted to build a business that required less hours, one that wouldn’t keep me up at night worrying about if everything was going alright. I also really wanted to make a difference in women’s lives the same way that style and fashion had helped me transform from that poor little Albanian girl, to the business woman I had become. I figured if I could make my clothing store successful we could sell the restaurant, still have the money, and have more time with my family! The thing is NOTHING seemed to go right! The women in the town my clothing store was in didn’t seem to want to be stylish at all, they were all dreary and blah in their style.The advertising wasn’t working. My employees were not showing up to work. When I would close the store at night I would have to go and cover shifts at the restaurant. I was exhausted! Which meant I wasn’t able to focus on the store, let alone spend more time with my children. I felt terrible because it didn’t make sense to me.  We were successful in the restaurant business, REALLY SUCCESSFUL, but I just could getting my clothing store to work. I felt even worse about the situation because I was spending money on a business that was losing money while spending less time on the one that made money, and was away from my family even more than before. I felt like a failure as a wife, a mother, and a businesswoman all at the same time! The problem was that I was only 3 and a half years in to a 10 year lease and I had spent $1,000’s and $1,000s of dollars on social media companies, influencers, & bloggers but had virtually ZERO success and was LOSING MONEY FAST!  Which meant If I didn’t figure out something quick, I would have to close the store and still pay the 10 year lease. I would have failed at my dream and be stuck in the restaurant business forever!

What was the turning point in your life and your business?

Then one night, and it was like a miracle night because I didn’t have to be at the restaurant, I spent time online searching for something, anything that would help me turn this around. It was non negotiable, I wasn’t willing to give up on my dream! Finally I came across a man who said that he had been studying wealth creation principles for decades and had helped people all over the world to achieve success, and that if someone told him what they wanted, he could show them exactly how to get it.He was so confident, he was bold and that made me curious. So I booked a call with his team and one of his top coaches called me the next day. During that conversation I learned some very important principles. Principles that made me reinterpret my entire life. He told me that I was thinking wrong! I didn’t even know what that meant. But he said that I had to become the person inside that matched the goal I was seeking outside.

He said that until you learn how to think like the person you want to become, nothing would ever change.

Then he told me how that there were fundamental laws that governed wealth creation kinda  like the laws that govern gravity and physics. No one ever wonders if the tide will come in after it goes out or if the sun will rise. He said THERE IS ONLY A HANDFUL OF PEOPLE THAT really understand this and that’s why almost everyone is struggling and if can learn these principles and begin to think with them I could do nothing but win! I suddenly realized that I had to completely change my thinking. And I needed a mentor to show me how to do it. So I signed up for some professional coaching and did all the exercises and trainings. After I did that I started to understand the things he was teaching, and I started to dramatically shift the way I thought, the way I felt, and the way I acted! Next was I began to use the principles of wealth creation I was taught and within a very short period of time we sold the restaurant for a crazy awesome profit. I closed my clothing store and was even able to transfer the lease. I created an online course for women how to develop their own personal style, wrote the book Achieve your dreams in high heels, which I will publish this fall and most of all moved with my family to NYC where I help empower people to reach their full potential and entrepreneurs to get Results by taking the hustle a-said, grow profitable, passionate, authentic businesses that allow them to live more and work less.

Thank you so much for sharing your story.