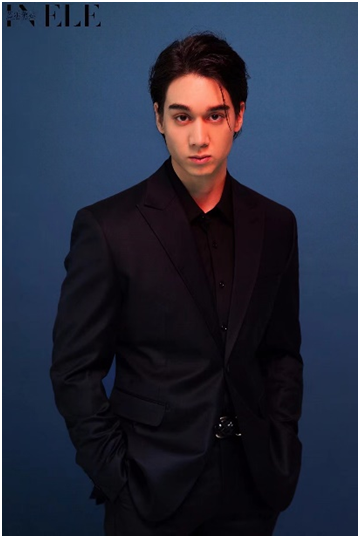 Many people who desire an acting career spend their lives imitating their favorite actors or actresses. As the current era focuses on the media industry as never before, actors are subject to constant coverage and discussion. The way they entertain people through media creates a special place for actors in the public’s hearts. This places an important responsibility on actors: their practices and conduct have an enormous impact on their viewers.  One actor who takes this responsibility seriously is Lambert Houston who is determined to advance in his profession.

Lambert Houston And His Dream of Becoming an Actor

Lambert Houston is a mixed Asian-American actor who has wanted to pursue the acting profession since a young age. To fulfill his dream, he attended Northwestern University, New York Film Academy, and Beijing Film Academy, each of which exercised a great influence on his acting. After initial successes, Lambert began to receive offers for larger projects. He has become more well-known for his acting and his fan base has increased more and more. Producers and directors have cast him in their projects because of the passion, dedication and consistency of his work.

Lambert has worked with many well-known directors and actors. His acting credits include a number of Chinese movies, including the ‘Ex-Files’ and ‘Cairo Declaration’, both released in 2015, and the back to back releases ‘In Harm’s Way’, and ‘Air Strike’.In 2018, he received wide notice for his work in the blockbuster movie ‘Hello Mr. Billionaire’, a Chinese comedy film directed by Fei Yan and Damo Peng. This film broke records as it grossed CN2.547 billion at the Chinese box office, making it the twelfth highest-grossing picture in the country.  In 2020, he became well-known for his work in the television series ‘Cupid’s Kitchen’, which was directed by Li Jun and is a romantic comedy-drama. Since then he has acted the leading role in the science fiction movie ‘Resurrection Factor’, expected to be released in 2022.

Through working in these well-received projects, Lambert has honed his craft as an actor more and more.  These projects have formed a turning point in Lambert’s life, in terms of both popularity and success.

Top 5 Philanthropists That You Need To Know