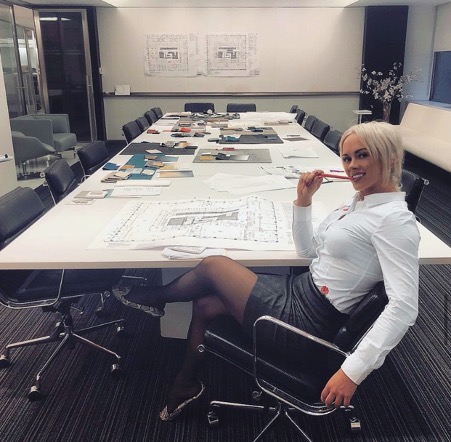 There’s no shortcut for success, and online fitness coach and trainer, Wioletta Pawluk, knows that better than anyone. The little habits and choices we make every day, build up over-time, and deliver us to a place of fortune and recognition after we’ve put in the hard work. It’s the blood, sweat, and tears that make the journey worth it, which Wioletta understands in her core being.

Immediately getting to work during her college years as a waitress and bartender in Manhattan, Wioletta began sending out her resume to as many office jobs as possible, leveraging her Bachelor’s Degree in Architecture. One day, upon meeting the CEO, Lou Switzer, of the Switzer Group at the restaurant where she worked, Wioletta handed the man her resume and scored her first real job.

Pouring her heart and soul into this first opportunity, Wioletta was shocked to learn that the ‘real, working world’ was nothing like what she learned about in school. In her first months on the job, she started working in the library, organizing the finishes and collaborating with the architects in the team. She loved the job so much she would come in at 8:30AM and leave around 10PM. She wanted to learn as much as possible while taking her experience to the next level. Knowing if she put in the extra work, it would pay off, Wioletta’s theory came true when after a short period of time, she found herself in a design team for the project “In Mocean” located in the heart of Midtown Manhattan.

While managing this new project and her passion for the job, Wioletta was still going to the gym from 9PM to 11PM in the evenings, or waking up at 6:30AM to exercise before work. Still, the fulfillment in her heart for the job kept her going, despite the exhaustion.

Wioletta was praised for her thorough work on her first project, and was signed to additional projects like cerebral palsy at 40 Rector, a 31,000-square-foot space. She worked as one of the main designers, picking the finishes and furnishings for the space.

Three-years later, Wioletta said she finally earned her principal’s respect, becoming his right-hand assistant. Wioletta attributes much of her experience and passion to Greg Gresham, who was her principal, someone who pushed her to the limits and always motivated her to do better. Wiolettais still currently doing construction and works as a designer.

While Wioletta was working on her biggest project to date, a Federal Home loan bank, Wioletta accepted and faced her first bout with burnout. Feeling satisfied by the years she had put into the job and working side-by-side with Greg, she felt comfortable in saying her goodbyes to go do what was always yearning to break free inside her heart: pursue fitness full-time.

“Always do more than you get paid for to make an investment in your future,” said Wioletta.

Every job Wioletta has held and completed has been an investment into the infallible brand she wields today.

Related Topics:fitnesshealthSelf Starter
Up Next

Transition From A Dream To Your Destiny While Being Authentically YOU!