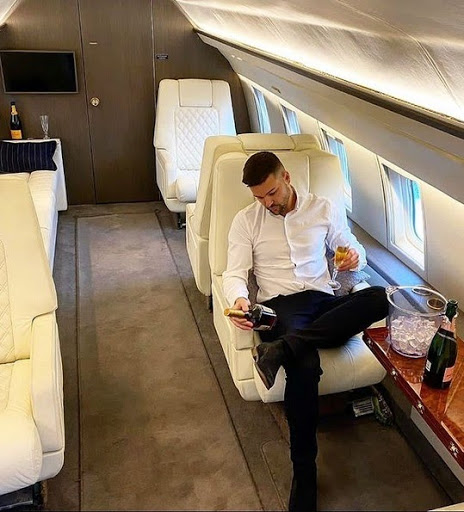 The story of Stephen James is an inspiring one that tells how he became a party planner and music artist.

At just 17-years-old, Stephen organized his first-ever party for a London radio station called Sweet FM where he hosted a weekly show with his two DJ friends, Spyro and G-One.

Realizing that nothing had been planned for their Christmas party, Stephen decided to take matters into his own hands. As if the process of party planning is second nature to him, Stephen sourced a venue, had flyers designed and printed, then went out to promote the event that he dubbed “Sweet and Sexy.”

With all of Stephen’s efforts, the party was a huge success and since that day, a new opportunity opened up to him, causing him to never look back.

Taking on the Party Capital of the World

In 2014, Stephen decided to sell all of his possessions in the United Kingdom and move to Las Vegas to conquer the Party Capital Of The World. But Vegas wasn’t easily going to bend his will.

After a year of failed business deals and collaborations with contacts he had in the states, the young entrepreneur was on the verge of bankruptcy. But this didn’t dampen his spirits or stray him from his goal. With his remaining resources, he decided that he would set up his VIP concierge service, thus VIP VEGAS UK was born.

This signified the start of Stephen’s dream coming true as well as the rise of his career.

Moving forward, the plan according to Stephen is “to take things to the next level by offering our clients a global VIP service under the umbrella of VIP GLOBAL UK which is already under construction and ready for launch at the start of Summer 2021!”

Other Aspects of Stephen

Aside from being a party planner, Stephen is also a music artist and rapper. And much like his talents for party planning, his inclination to music is also recognized in both America and the United Kingdom.

By following his dreams and doing what he loves, Stephen has made it to a point in his life where he can live large and go further up the ladder of fame and success.