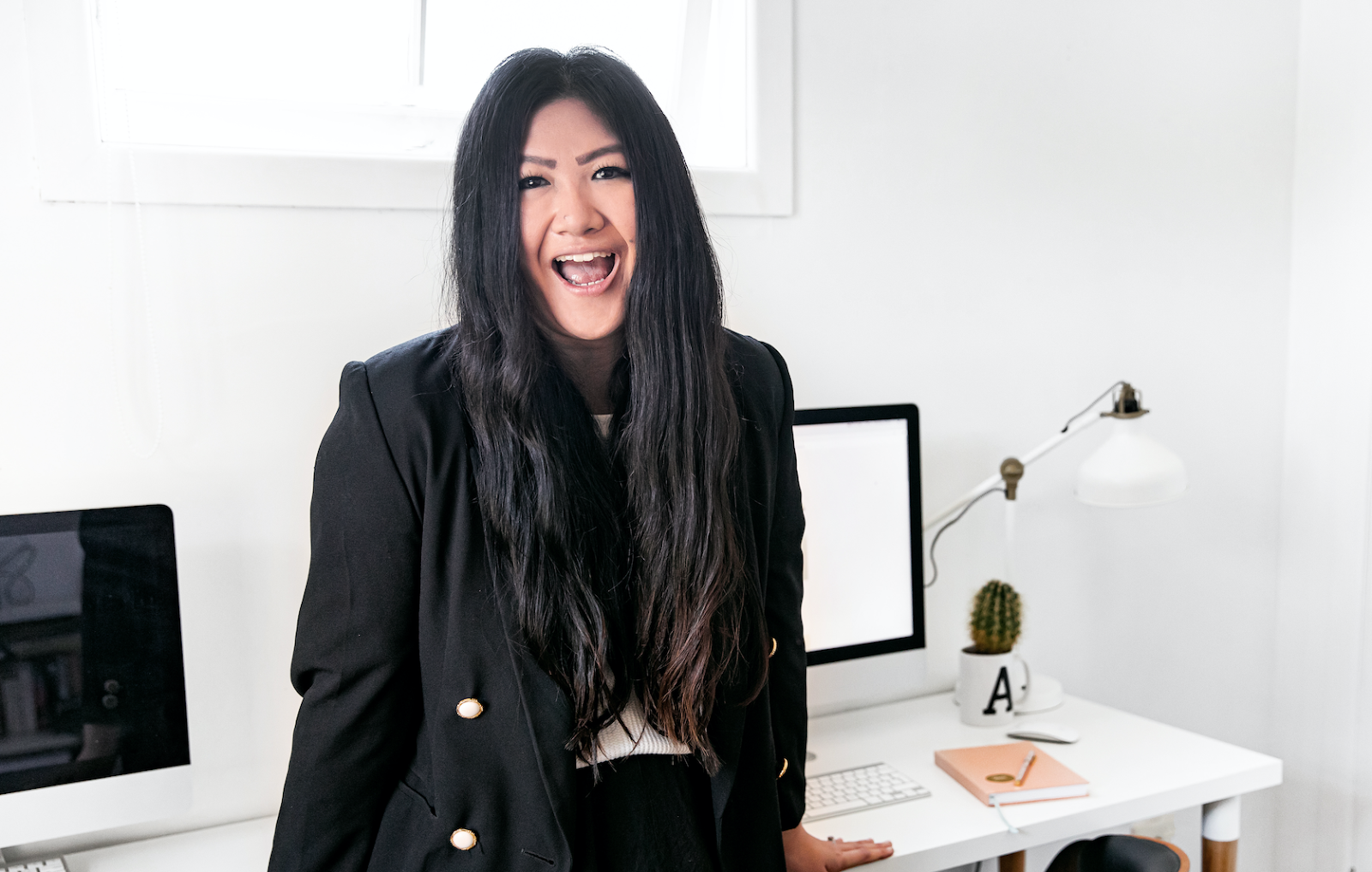 It wasn’t a linear path into copywriting for Anita Siek, who began her career journey studying Law and Psychology in University. With goals to become a barrister since she was little, Anita received a scholarship to study at the University of Queensland, Australia, and also had her first journal article publication at the age of 22.

However, her whole life was turned upside down when she received a phone call that would become the change catalyst to everything. Anita’s father was diagnosed with terminal cancer and was given three months to live, and without thinking twice, Anita packed her bags, moved to Hong Kong to be his personal carer for the final months of his life. What followed was an emotional rollercoaster of a journey. She was diagnosed with depression shortly after her father’s passing, and felt utterly lost with what she wanted to do in life.

“What if becoming a Lawyer, wasn’t something she actually wanted to do?”

And that’s when the seed was planted.

Anita finished her Law and Psychology degree, was admitted as a lawyer and began working in a corporate government job. “When I first started within the corporate arena of government, I thought to myself, okay if I make it to this particular role within government, I’d be set, and I’d have “made it!”” Anita recalls.

Within three and a half years Anita had reached that goal, but it was nothing like she thought it would be. “The work was fulfilling, but something was still missing.” she says.

So she began her business, Wordfetti, a brand dedicated to all things words, as a side-gig.

“I started to write things on the side because I loved writing, and people kept asking me to help them write their cover letter, and website”

And the brand then grew rapidly through word of mouth.

“It was very difficult in the beginning,” Anita says. “I didn’t have 20 years of fancy marketing, PR or big-name clients. I was just a, nobody,” she states. Thinking she would never be able to transition Wordfetti from side-hustle to full-time job, life had other ideas for Anita.

“It all snowballed through working with just one client,” Anita says. “I’ll never forget it, I was on the phone with her for an hour and a half, just listening to her story. And I was like, wow, this is just amazing. People pay me to do this. People pay me to and listen to their stories and write about it on their website and tell their story.” After completing their work together, her client referred Anita’s services to many in her circle, and from there a ripple effect happened. Within less than a year, Anita was able to quit her corporate job, and began to be booked out months in advance. 4 years since Wordfetti’s inception, Anita was now making her entire year’s salary in just one month.

“I was scaling so fast,” Anita says. “Before I knew it, I had hired a staff of four and we were working out of Wordfetti’s own office.”  For Anita however, this wasn’t the end goal. “I thought that was what a successful business was all about; growing an agency, hiring people around you, and overseeing everything,” she says. “It got to the point where I was no longer enjoying my work because I never got to hear any client’s stories and I wasn’t able to always be able to support them on an ongoing basis.”

“I had to really think about what success meant to me, not others,” Anita says. The first was freedom, which she in a way had, by starting her own business.  The second was education, constantly learning and evolving as both a business owner and a human being were vitally important. The third and final was legacy, and the importance of leaving behind a true impact on others.

“I thought really hard about these three things for a long time and decided that how things were being done didn’t serve Wordfetti’s mission – to spread the power of words,” Anita says. “So, I did something probably scarier then quitting my job and going full time with Wordfetti – I restricted the clients I took on, started to say “no” to working with clients 1:1  and flipped the business model on its head.” Wordfetti now operates as an online learning hub for brands and copywriters that want to stand out in their industry. Through her signature program, Wordfetti Your Words, mini courses, copywriting templates and 1:1 consulting,Anita and her team now teaches others how to do exactly what she used to do for multi-million dollar brands, through her unique framework combining her backgrounds in consumer psychology, human-centred design, and of course, words.

If you want to learn more about Anita’s signature programs, andfind out why big name brands are willing to go on a 3-month waitlist for the chance to work with Anita, click here.

How Zahra Lyla is Disrupting Fashion Social Media in the UAE