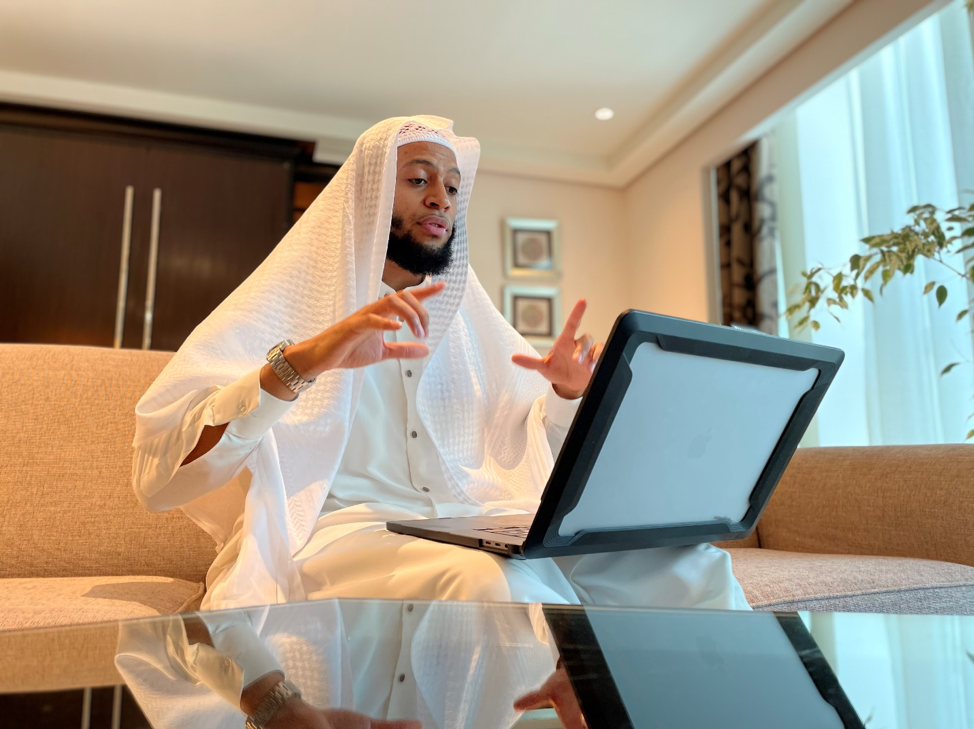 Traveling is considered by many as more of a pastime, an excuse to get away and visit thrilling destinations for cheap. For others, however, independent travel evolves into professional opportunities, with possibilities ranging from language acquisition to new connections to novel business ideas.

For Muhammad Al Andalusi, a Spanish native, the ability to travel would pay off in hundreds of thousands of dollars. As the founder of the Andalus Institute, years spent in Egypt gave him a fluent and eloquent understanding of the Arabic language. Al Andalusi often garners awe and praise among native speakers stretching from Nouakchott to Makkah. The institute’s Arabic Like An Arab program, only 15 months, draws from Al Andalusi’s tried and tested learning methods, guaranteeing fluency in its short span of time.

Al Andalusi sojourned to France in his youth before dropping out of school at the age of 16. This bold move allowed him to make ambitious plans for the future, not restrained by a regular class schedule. Al Andalusi mastered French, in addition to his native Catalan, Spanish, and English, becoming a polyglot with enviable skills. Living in multiple countries showed Al Andalusi the value in following opportunities rather than being tied to one location. This nomadic style of living would be integral to the institute’s success.

Muhammad Al Andalusi set up shop in Mauritania, attracted by the low cost of living and the comfort of an Islamic environment. There, Andalus Institute continued to grow, meeting the six-figure sales mark just six months after its launch in 2019. This amazing feat is coupled with the fact that the startup was 100% self-funded, Al Andalusi recalling that the school only needed a few hundred dollars to commence enrollment.

Al Andalusi stays disciplined enough to oversee all aspects of the business with few setbacks. Giving the administrative tasks to his team, the 27-year old entrepreneur focuses on the “creative side,” which entails formulating lesson plans, devising marketing tactics, and curating supplementary material for students to download and study from.

Al Andalusi uses social media as a tool to connect with his students and cultivate an online community with both enrolled and potential clients. It’s a clever way to balance marketing and customer retention–like killing two birds with one stone, as the idiom goes. His Instagram is chock-full of Reels and posts both entertaining and informative, showing his travels amidst the true beauty of the Middle East and North African region. Memes, skits, and mini-lessons are also in the mix, fueling conversation in the comment sections and keeping students invested in the program.

The Andalus Institute also hosts a Facebook group where students collaborate and exchange ideas on how to best understand their lessons. This communal sense of cooperation is an insurance policy for anyone unsure of their own ability to learn the Arabic language in only 15 months. Al Andalusi himself, plus other instructors, are also available for one-on-one advising sessions.

The dedication Al Andalusi displays through his work should be credited with bringing the institute to where it is today. With Arabic as his daily mode of communication, the entrepreneur has made teaching Arabic more than just a job, but a lifelong passion. And that is the key to growing a fruitful business–setting a personal stake in its mission. Al Andalusi’s brain projects are many and still yet to come, but his eye is solely fixed on the institute’s trajectory for now.

Distance-learning will always be the model of Al Andalusi’s company so that he can continue to draw inspiration from traveling. He does not plan to establish a physical location for the school, preferring to keep it accessible to anyone anywhere. This 100% online structuring of the startup ensures that it will survive any upset in the global business sphere, especially when one observes the effects of the Covid-19 pandemic.

You can connect with the author on LinkedIn here.

Why Buy from Ubuy Qatar