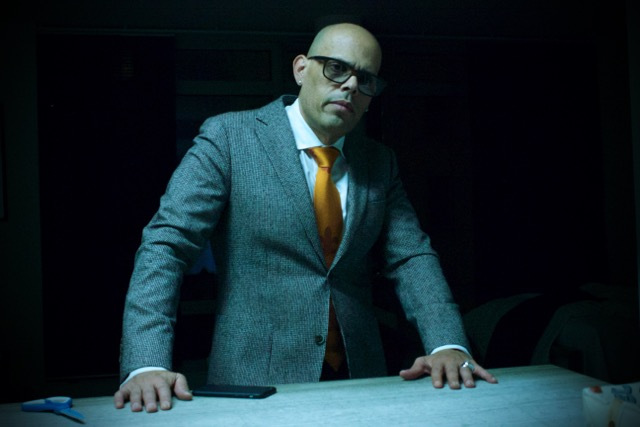 When I first joined the entrepreneurial community, I heard time and time again; the golden rule; find a mentor. Apart from good old fashioned hard work, & a bit of luck, another nuance of success lies in seeking out connections with like-minded entrepreneurs that can guide you through the maze of success & failure. Throughout my personal journey, I slowly began to realize the value in mentorship is far more than guidance & motivation. It is a kindred spirit, a friend with direction and purpose.

Hugo, originally born in Puerto Rico, now resides in Brooklyn with his wife. He is well-known and respected within his community, always looking for opportunities to learn & grow with the people he holds close, and remaining heavily committed to entrepreneurial & community-driven efforts, promoting the value of entrepreneurship, business, & education. He’s deeply connected to his community He takes pride in his experience. Always offering a helping hand, such as providing PPE for healthcare workers and civilians during the pandemic, or managing operations for Elite Williamsburg in Brooklyn. From humble beginnings, Hugo made his first million after purchasing a dry cleaning facility for $40,000. Eventually growing the business into a million-dollar empire that served all of New York City.

With experience in every field from entertainment, to technology throughout his 15-year professional journey, Hugo has learned the ropes of entrepreneurship & business, always applying his ‘connections first’ approach. He is focused on giving back to his community, often donating time to programs & initiatives like the Pratt University Mentorship Program, and World Kitchen, a health-based organization providing meals to the communities of New York City. Hugo, since we’ve met, has demonstrated an unparalleled love for connection. He is a master of building relationships, & friendships that foster his values of responsibility, inclusion, & action. His years-long career in entrepreneurship has been perpetuated by the close friendships with his mentors, from Rick Steel to David Meltzer, & J.W. Cortez as well as key relationships in the tech space with Mike Mumola, and David Moreno along with entertainment industry legend, Richard “Crazy Legs” Colón.

When Hurricane Maria decimated the infrastructure & economy of Puerto Rico, Hugo – without hesitation – mobilized through the help of his connections with Tony Delgado, CEO of Disrupt, & Danny Cotton, Director of Operations for Worldstar Hip Hop, in order to supply lights & electricity, water, food and aid for the devastated people of Puerto Rico. Eventually leading to the formation of the Disrupt Foundation, a non-profit tech entrepreneurship organization & magazine specifically created for students and leaders in the business community.

Hugo is also one of the Founders of MOTI Technologies, a company working to revolutionize the telecommunications industry, & striving to create applications that are changing the way we provide healthcare, consulting, legal work, & education. MOTI was even ranked the #3 most secure app available by Forbes Magazine, and still remains the world’s only telecommunications app with comprehensive integrated payment systems.

Business owner, investor, influencer; Hugo transcends any preconceived notion of what an entrepreneur should be. He radiates energy, & excitement that is almost infectious. He motivates, & educates whenever the opportunity arises, and he is the dear friend behind my achievements and a few of our generation’s most successful entrepreneurs.

From Concierge to Landlord

In 2014 John Henry – one of the most prominent entrepreneurs working in NYC today – was a concierge in Williamsburg, Brooklyn earning $14 an hour. Hugo, a resident in the building across from John, took an interest in the college student, finding a connection in his love of entrepreneurship & business. Soon, conversations turned into a friendship, and this friendship turned into a mentorship, eventually propelling John into the Forbes 30 under 30 list.

In the early years, Hugo would speak to John about his potential & the possibilities of entrepreneurship whenever he could. One day, while John was speaking with Hugo at the front desk, he realized one thing, he was never going to get anywhere working for somebody. At the time Hugo had been growing his empire of dry cleaning services across Brooklyn, serving high-level clients and members within his community. Hugo offered John the opportunity to work with him. 2 years, and 15 employees later, his service was valued at over $2 million dollars.

John eventually realized his passion for entrepreneurship was not fulfilled by the dry cleaning service and sold the company shortly after. With his massive relationship capital built up over the years of reliable service, John went to work developing key relationships with television and film industry magnates. Soon his connections led him to the opportunity of handling wardrobe management for feature-length films and television shows like Law and Order, Orange Is The New Black, Spiderman II, and Broadway hits like Momma Mia.

On the heels of his first win, after leading his company through its acquisition in 2015, Henry launched a new company; Cofound Harlem — a non-profit incubator that aims to foster a robust tech ecosystem within the community. Cofound Harlem launched numerous high-growth companies in New York City, gaining recognition from premier business publications such as Fast Company, TechCrunch, Business Insider, and more. Throughout the course of his meteoric career, Henry also became a Founding Partner at Harlem Capital, a diversity-focused early-stage venture capital firm on a mission to change the face of entrepreneurship. On top of his success in business, John has also remained heavily devoted to the culture & community of his city, forming his most recent company, Equity Apparel, an ownership-focused lifestyle brand. Creating premium, purposeful gear for those who understand the value of building it for themselves. Fast forward to 2020, John Henry has been voted to Forbes’ 30 Under 30, and Ebony’s Power 100 lists with more success on the way!

From Newark to Puerto Rico

Tony Delgado is a tech entrepreneur and business leader of Puerto Rican descent, born and raised in Newark, New Jersey. Throughout his journey of entrepreneurship, he has worked hard to create a sense of community & responsibility in everything he does. In 2016, Tony partnered with Gerard Adams, after he sold his company Elite Daily for $50 million, and became the CTO at FOWNDERS – a start-up accelerator focused on building an entrepreneurial ecosystem in Newark New Jersey and other urban markets – Tony helped to propel the company into the online education industry and created an online school that featured top influencers including Gary Vaynerchuk, Grant Cardone, and Eric Thomas. He then went to work starting a non-profit organization in Newark, New Jersey centered around innovation, technology, and development. During his time working with Gerard, Tony then went on to meet Hugo at TechDay NYC, the biggest startup community in New York City. After pitching his concept for MOTI Technologies, Tony decided he wanted in, & the friendship quickly grew.

In 2018, Tony was deeply moved by the devastating effects of Hurricane Maria, a natural disaster that struck the island of Puerto Rico in early October, decimating the infrastructure & economy. After seeing the devastation for himself, Tony & Hugo mutually decided to step up and do something for the people, with the help of Danny Cotton, Director of Operations at Worldstar Hip Hop. With their partnership in place, they went to work rebuilding the infrastructure of Puerto Rico with their own money, quickly gaining notoriety & support for their heroic efforts which included supplying lights & electricity, helping to rebuild the infrastructure of PR, and even supplying essentials like food & water.

Tony then decided to move to Puerto Rico permanently, to continue to help restore and rebuild the communities, always focused on offering expertise, aid, and necessary resources. Tony’s mission is clear; to help the youth of Puerto Rico learn the possibilities of entrepreneurship, and to promote lucrative ways to make money outside of a 9-5 job through the advocacy of the Disrupt Foundation; his non-profit incentive that hosts in-person events, and workshops in the Puerto Rican startup community. Tony also gives entrepreneurs the opportunity to share their stories through Disrupt Magazine, a publication created to give a voice to up-and-coming business moguls. Nobody said this mission was easy, but Tony Delgado is up for the job.

From Highschool Dropout to Tech Entrepreneur

Casey Adams is a NY Times Best Selling Author, Renowned Public Speaker, and Global Brand Strategist. His experience has allowed him to speak on stages all over the world about the power of entrepreneurship, business, & education while promoting brand awareness & self-marketing tactics. His expertise at such a young age has reverberated through the tech & entrepreneurial space, gaining him notoriety on social media, and eventually leading him to gain recognition from some of the most influential business publications & magazines around the country such as Forbes, ABC News, The Huffington Post, and many more.

After nearly becoming paralyzed as the result of a football injury, 17-year-old Casey Adams devoted his life to entrepreneurship. Inspired by Tai Lopez, and his 67 step program; Casey decided to take action. He reached out personally to Tai Lopez – a prominent business owner, influencer & entrepreneur – to commend his work and explain his personal story of tragedy & triumph. After being invited by Tai Lopez to speak with him about entrepreneurship & business, Casey decided; success was all about his potential to leverage influence & branding approach to create meaningful business strategies & solutions for people. Leading him to develop his personal brand that always echoes his own values and beliefs of promoting business, education, & entrepreneurialism. After his injury, Casey founded his current passion project, the Rise of The Young Podcast, allowing him to sit down with successful entrepreneurs from every industry ranging from billionaire venture capitalists to social media experts, real estate investors, fashion designers, and professional athletes. Rise of The Young is meant to bring forward & promote the most cutting-edge business practices, routines, and strategies that can help you get ahead in your own business. Throughout his personal journey, Casey has built partnerships & friendships with some of the top influencers in the entrepreneurial space allowing him to rub elbows & learn from some of the leading experts in almost every industry.

As a result of his growing success & social media presence, Hugo was introduced to Casey through a mutual friend, John Malott, in this instant, Hugo made a new friendship. Hugo realized Casey’s massive potential to create & leverage influence, and in an effort to foster that talent, invited him to be a managing partner at MOTI Technologies, the world’s first consulting app with a comprehensive payment system. Nowadays, Casey still runs his Rise of the Young Podcast, interviewing people like Rick Ross, Trevor Milton, Jon Oringer, Maye Musk, Jordan Belfort, & many more, while working diligently with MOTI Technologies to revolutionize the telecommunications industry.