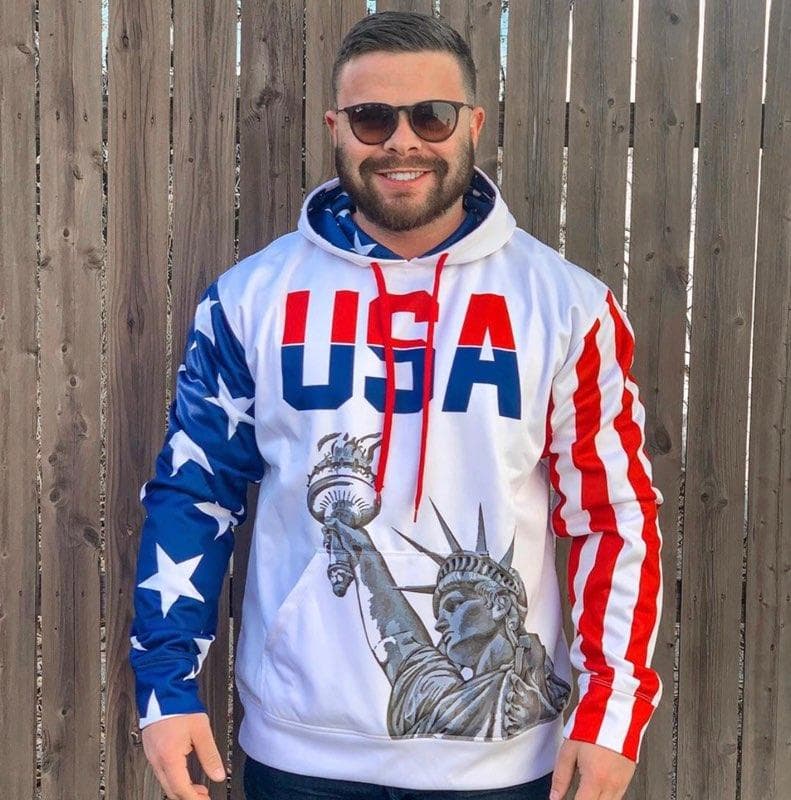 What does it look like when suffering from PTSD? Tyler Webster was diagnosed with Post Traumatic Stress Disorder while he was 15 years. That, for many, would have been a factor to use as a reason for not being successful. However, it did not deter Tyler Webster from pursuing his goals. He continued working hard as he battled the disorder.

Despite being in and out of the hospital, Tyler Webster was working every time he could. He created an Instagram – @drunkamerica – in 2012. He has made it grow over the years until last year; he started making a brand that was greatly loved by people.

Standing Out Among Many

Tyler attests that he is into politics, but he is not the guy who gets absorbed in the system. Instead, he is the straight guy who speaks for those who cannot speak. This has made him attract a massive following, and he is ready to say anything for the interest of the voiceless no matter what.

He has been the ‘unique’ person all through his life. He remembers how one time he had to lecture his professor after the professor failed to know some concepts in Photoshop. Despite his condition, Tyler always encourages and inspires his mates.

Helping Others To Grow

He spreads the facts and opinions that others are not willing to say out loud. “I use my platform to raise money for many charities and people in need when I get the opportunities to.” He says. His zeal to serve others is often unquenchable. He remembers how he had to stay under the mercies of friends and relatives for two years when PTSD was at its peak.

He was almost drowning to substance use until his friends helped him out, and he readjusted and went back to his healthy life. He started many businesses as he failed, but he thanks his friends and relatives who were always supportive. It was not until he established another business that became successful. That is how he dedicated his life to serve and help humanity.

He runs an apparel store, which is also a Political Social Media business that shares everything that is happening in the world through memes, tweets, and videos. “We bring everything to the spotlight without fear or favor.” He says.

He has other platforms that he runs like TheRagingPatriot.com. It has grown exponentially. In three months, he has generated over 1 million impressions. With his helping spirit, he is hiring college students that aspire to be politicians.

Advice for The Upcoming Generation

“You have to be consistent,” he starts, “not letting anything get you down.” Tyler made it against all the odds. Suffering from PTSD did not make him lose his vision. He worked hard to get back on his feet and go back to his usual old ways. “I have been learning every day.” He concludes by saying that he still knows that he doesn’t have it all together, but he will continue growing and helping others grow where he can.

Hugo B. Sanchez: The Secret Mentor Behind Our Favorite Entrepreneurs