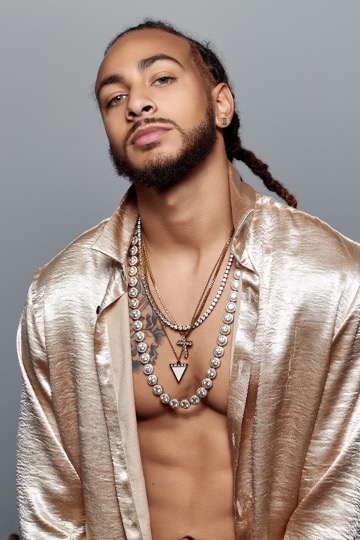 Unfortunately, we live in a world that has so many people striving to look normal to a group of people who are abnormal. Maliachigh believes that most of us do this because we yearn for validation, and to be accepted. What is normal is realizing that being accepted comes at a price that robs the world of the uniqueness within us. It is not necessary to minimize our personalities- standing out is okay, for every reason.

Maliachigh, otherwise known as Maliachi Broadwater, says he is a unique story. He is a rapper, actor, and model with more than a decade worth of experience working in the entertainment industry. He is also an entrepreneur, the founder of Elite Group LA, an establishment that nurtures young, upcoming, and high potential talents from different professional realms. Malichigh’s success is attributed to the dire need of leaving a mystery everywhere he goes, and he does this by giving people he interacts with something little about himself. This is his way of standing out, and being unique.

Aside from his attractive personality, Maliachigh has a distinct sound that sets him apart from other rappers, he displays that in his new album entitled Broadwater. Early on in his career as a musician, he had to find out more about his inner self. This enabled him to better understand what matters to him, and he eventually formulated his own perspective of the world. He shows all this through his music. For him, music is a form of art, an outward expression of everything intangible in his life.

Malichigh interacts with his fans differently. Aside from social media, he tries to meet some of them physically to get their take about his music. He believes that this is his unique selling point as a musician. Maliachigh allows his fans to get involved more in his music career because they give him a reason to create new songs. He is open to criticism and being corrected. His receptiveness is adored by many for the main reason that it is hard to showcase this attribute as a performer. Maliachigh not only performs for his most loyal fans but also envisions collaborating with some of them in any professional undertaking. This is a cue that has inspired his entrepreneurship journey.

Maliachigh’s parting words to upcoming artists, “At times, being different feels like being along. But, being true to your standards should be your way of doing things mostly as you create your art and music. In the end, just be happy with who you are!”

A COMEBACK BEYOND BELIEF FOR DJ BASE PAY