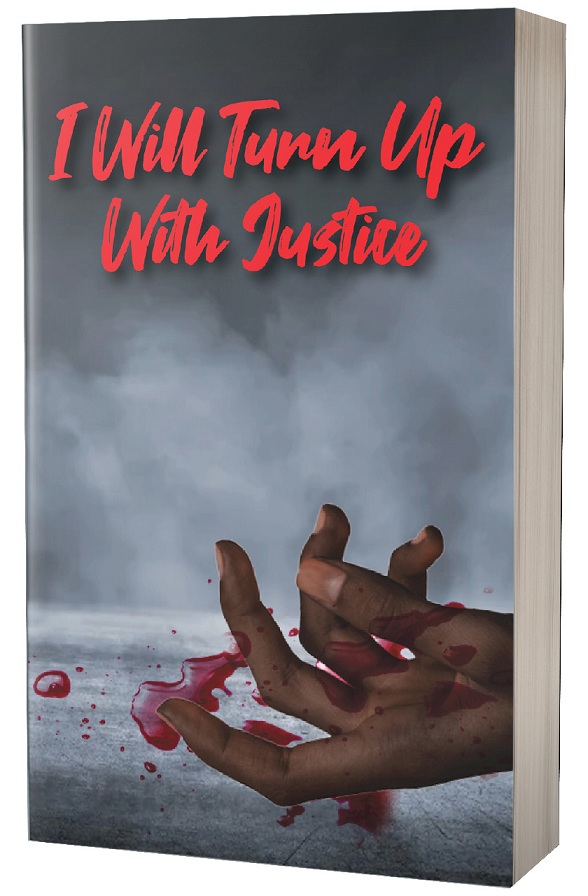 Authored by Kelly Cruse, who writes under her penname to maintain anonymity, I Will Turn Up With Justice is the real-life murder story of her daughter, set to be released in the fall of this year on Amazon Kindle and Barnes & Noble.

The book showcases a timeline of the events that took place prior to the death of daughter Rose Cruse, and the negligence showed in solving the case from the law enforcement as well. Evidence was ignored, bruises, a gun shot wound, and history of an abusive partner.

In America, the justice system has been under scrutiny for over a decade now. Cases have been closed with the wrong judgments only to be overturned years later, there’s been a record of ethnic and under-privileged individuals as well as those lacking law literacy being punished much more harshly, and criminals that should’ve been subject to severe punishment have gone free.

I Will Turn Up With Justice is the story of someone who’s currently going through just that. Choosing to remain anonymous due to the ongoing case, Kelly Cruse is a mother who wants to make sure that her daughter gets the justice that she deserves. The book follows an emotional tone and although is about murder, there are a number of chapters that also celebrate the life of Rose Cruse.

Following is an excerpt from the book,

Soon after a thorough push of 45 minutes, the baby slid out soaked in blood, giving out the loudest cry in the labor room, “It’s a girl,” the nurse announced. Kelly burst into tears of joy and said, “please call my husband.”

The nurse called the father greeting him, “Congratulations, it’s a girl, Mr. Cruse.”

The nurse put the baby in Kelly’s lap and the couple wrapped their arms around her, naming her Rose; the most beautiful, admirable, and soft. Kelly was admitted to the hospital for the next two days and the couple took the baby home on Friday afternoon. Surprisingly, the same old house doesn’t feel the same anymore. There was something incredibly special and appealing about the walls, couch, bed, clothes, kitchen, and everything in the house. Something they have not witnessed in the first two girls. Rose had transformed the old house into a home sweet home. The older girls, Latrice and Rachel ran excitedly around the house welcoming the baby girl. Latrice was too excited to call the bond, power puff girls. Crawling on her tiny knees and hands, months passed by within a glimpse of an eye as Rose took her first step on her first birthday. The baby had filled the parents’ lives with joy and happiness. There was not a day they have not adored the little princess. Years passed and the couple welcomed a baby boy and named him, Ricky. It was now a family of beloved six. However, Rose was the flower child of the family.

And at 24 years old, the flower child was taken from her home forever.

To know the full story of who Rose was, you can purchase a copy of the book on Amazon Kindle and Barnes & Nobles in the fall of 2022.

Interesting Interview With Staybarii – An Artist from Dallas Texas

5 Ways to Improve Your Email Marketing: Strategies for Success