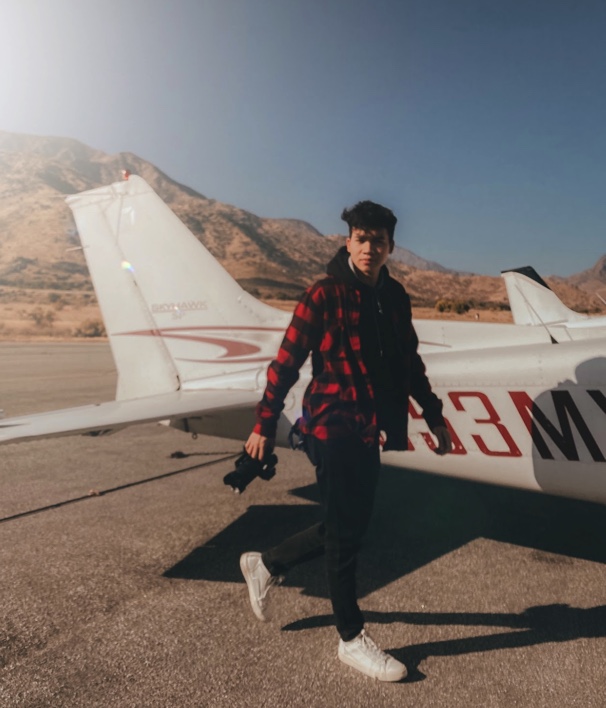 Meet Immanuel Portus the 21-year-old who is rapidly building his reputation in the commercial film industry in California. Over the past months, we have witnessed his quick rise to earning his place as an emerging commercial director after garnering recognition as a highly sought-out content creator on the social media platform Instagram, under @immanuelportus. He is on his way to being a much-recognized brand in the commercial filmmaking field, as his proven track record of collaborating with brands has proven round after round.

Immanuel switched from an engineering career path upon high school graduation to attend film school at Loyola Marymount University’s prestigious School of Film and Television in Los Angeles, 7000 miles away from his home country of the Philippines.

Grateful for his new, expansive learning environment and the easier access to the filmmaking world, Immanuel got to work, sticking to a go-getter mindset that would prove to be of unstoppable worth a few years later. A few months in, he felt unsatisfied with the pace at which filmmaking was taught; he dauntlessly veered away from typical film-student tropes: indulging in fraternities, attending film clubs, and applying for apprenticeships. Instead, he focused on creating his own videos, starting from dance videos shot in his dorm’s hallway and steadily progressing to filming school events. He kept honing his skills and soon got the attention of start-up brands in the locale. As more brand collaborations came, Immanuel quickly funneled his focus to attaining the role of commercial director.

Unfazed by his own young age and brutal competition out on the field, Portus, in two years, went from a school videographer to a signed commercial director now incessantly collaborating with 6 -7 figure brands – and get this – he is still doing college homework when he’s not out on the roll taking on new projects.

Next Steps for Immanuel Portus

Immanuel Portus is currently repped by Hg5 Entertainment, a talent management and film production company based in Los Angeles with Jennielyn Abrot, Scott Faucett, and Becky Poliakoff as his managers and reps. Presently, he resides in Los Angeles, California where he has been able to facilitate many opportunities for himself.

A genuinely inspiring new force in the industry, we cannot wait to see what new heights Immanuel will reach and the barriers he will break as a promising filmmaker of such unique background and talent. 2020 may be coming to an end, but for Immanuel, his beginning has just started.

Lizzy Molina Created Her Dream Company: Thrown Media By Forming An Amazing Team Around Her that Brings Different Perspectives To An Industry That Was Stuck In A Rut