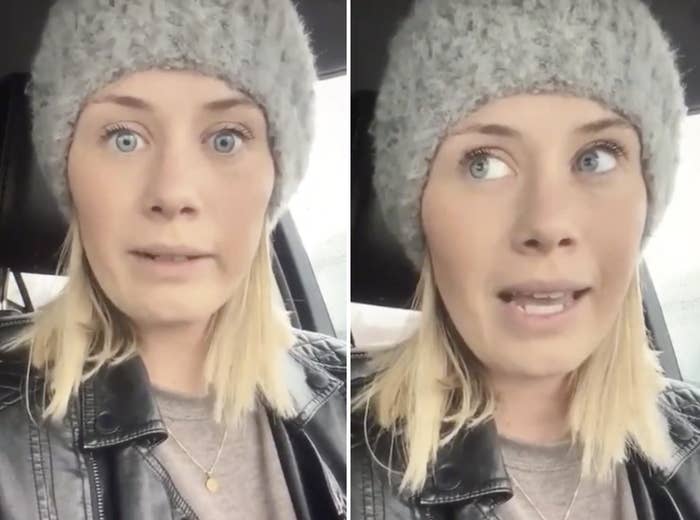 SONOMA- On Thursday, Sonoma County prosecutors announced that Instagram influencer Katie Sorensen is facing two misdemeanor charges, which come four months after she accused a Latino couple from Petaluma of attempting to kidnap her two children at a local craft store back in December 2020.

Authorities believe these allegations are nothing more than a case of racial profiling, which in two Instagram videos, garnered 4.5 million views and of course, attracted media attention up the wazoo. Sorensen posted two videos to Instagram back on December 13, recounting in horrifying detail, how she “narrowly avoided” a pair of shoppers attempting to kidnap her two kids.

Her “tale” of barely escaping a pair of kidnappers, allegedly took place at a local Michaels store in Northern California, which after posting to her Instagram account @motherhoodessentials, which has since been changed to a private account and renamed @motherhoodessentials_, blew up on social media.

The couple Sorensen referred to, Sadie and Eddie Martinez, are longtime local residents and parents to five children. After learning of the video and accusations from local authorities, Sadie Vega-Martinez and Eddie Martinez came forward and accused Sorensen of racial profiling them because they are Latino.

After Thursday’s news, Sadie and Eddie expressed their relief after pushing for Sorensen to be held accountable for several months. “We’re very happy with the news,” Sadie told the Petaluma Argus-Courier. “It’s a nice step toward justice. It gives you hope.”

However, the Martinezes first learned of their alleged part in Sorensen’s “fairy tale” after her two videos circulated online, of course going viral, ending up in the hands of Petaluma police who released the security camera stills of the couple. “My kid came to me and showed me the picture, and said, ‘Mom this looks like you’,” Sadie said in an interview with the Argus-Courier in December.

Days following the high-profile accusations, local police announced that Sorensen’s claims lacked merit, clearing the couple in question of any wrongdoing. Since the accusations first came to light, Sadie had taken on a leading activist role, becoming more vocal on social media and speaking up at community events on this type of behavior. She was also appointed by Petaluma Mayor Teresa Barret, to the city’s citizen-led advisory committee on policing and race relations, where she recently debuted her version of San Francisco’s Caren Act, which made racially motivated 911 calls a crime.

According to BuzzFeed, Sorensen did not respond to social media messages or a message left at a phone number linked to one of her social media accounts. If that isn’t troubling enough, Sorensen’s attorney, Charles Drescow, did not immediately return a phone message after media attempts to reach Sorensen on Thursday.

The false allegations add to an already sensitive area, where reform and justice is needed for those marginalized voices and people of color. In the past year, the world has seen the dangers involved with white people calling the police on people of color, including the national story of a woman who falsely claimed she was threatened by a Black man in New York City’s Central Park, who dialed 911 to report Black people barbecuing at an Oakland park.

Let this be a warning to all those “influencers” and thought leaders online. You have a voice that your community respects, admires, and often takes to heart. Do not abuse that by bringing in the systemic injustices, such as racism, hatred, and discrimination that we have unfortunately seen take the lives of many.

And to you, Sorensen. Do better.

Sorensen’s next court date is May 13.

The Battle Rages On: Why Roku Removed YouTubeTV from Roku Channel