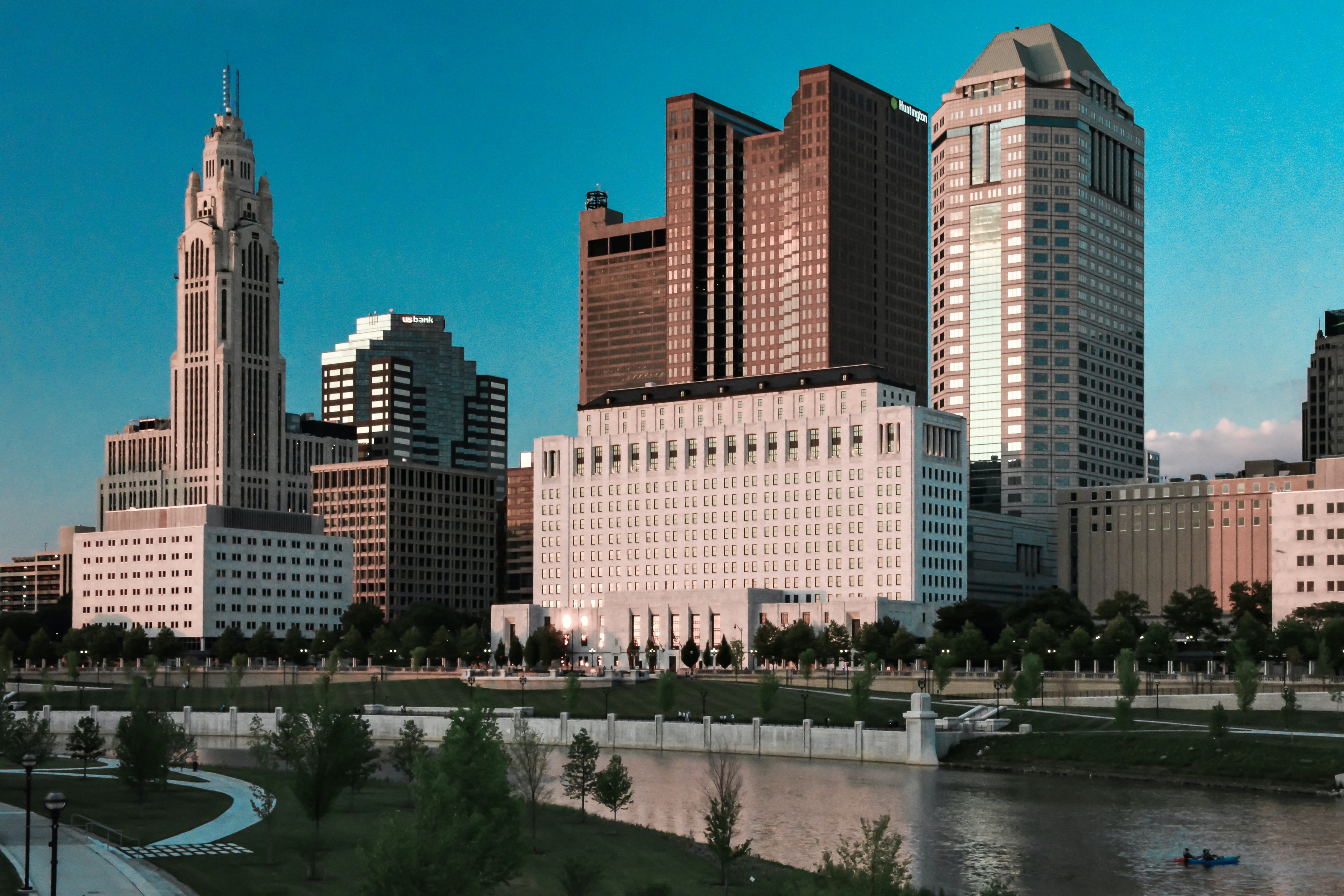 Clean Air Biodiesel Group is a new company with new ideas, using an innovative two-phase business concept to help reduce carbon pollution, while converting waste into green energy. Nicolas Wette is the Founder, and CEO of this new organization. Disrupt Magazine sat down with Mr. Wettee to learn about his passion for green energy, as well as his plans for this new waste reclamation and recycling company.

DISRUPT: Before we start talking about what you are doing today, I’d like to better understand you, your background, and what sparked this new business concept you’re taking to market?

Wettee: I’ll start at the beginning, which will help explain my perspective, and how that helped fuel my vision for the company. I was born in the Republic of Liberia, a country on the West African coast. It is bordered by Sierra Leone to its northwest, Guinea to its north, Ivory Coast to its east, and the Atlantic Ocean to its south and southwest. It has a population of around 5 million and covers an area of 43,000 square miles. English is the official language, but over 20 indigenous languages are spoken, reflecting the country’s ethnic and cultural diversity.

My family moved to America when I was around 11 years old, it was a bit of culture shock to me, but I quickly realized that this was the land of opportunity. I found that the resourcefulness I learned growing up in Liberia, became the mother of invention. It was while attending university as chemistry student that I realized my plan for this new green company.

DISRUPT: I’m not sure I understand what you mean, could you expound a little bit more about how your upbringing brought you to where you are today?

Wettee: What I mean is, 30 some years ago when I was born, Liberia did not have all the modern conveniences, and resources that one takes for granted here in the United States. We had to turn to natural resources to build our lives. In doing that one becomes quite resourceful, learning how to reuse, repurpose, and recycle the resources you do have.

DISRUPT: So, you came to the US, had a bit of culture shock, but saw a vision for the future?

Wettee: Not immediately, I was a pre-teenager when I arrived but quickly adopted American culture. Many Americans are not aware of my nation’s history, but Liberia was the first African republic to proclaim its independence and is Africa’s first and oldest modern republic.

During World War II, Liberia supported the United States war effort against Germany, and in turn received considerable American investment in infrastructure, which aided the country’s wealth and development. President William Tubman encouraged economic and political changes that heightened the country’s prosperity and international profile; Liberia was a founding member of the League of Nations, and the United Nations.

Going back in history, Liberia declared independence on July 26, 1847. On January 3, 1848, Joseph Jenkins Roberts, a wealthy, free-born African American from the U.S. state of Virginia who settled in Liberia, was elected Liberia’s first President after the people proclaimed independence. Our democratic structure is very similar to the U.S., so it was somewhat easy to adapt.

DISRUPT: So, you adapted to the new way of life, but with a much different perspective from your peers?

Wettee: Yes, having come from a country where most of the people live below the international poverty line, the wealth in America was shocking. But I quickly got used to it and became a good student.

After high school, I began to study dentistry, but didn’t find it to my liking – but it did spark a new interest which led to the business I am in today. You see the first year of dentistry is learning the basics: biology and chemistry.

I quickly discovered that I had an interest, due to my roots, in a cross section of the two – I zeroed in on what is referred to as organic chemistry.

DISRUPT: I’m not certain I completely understand the term, can you explain to our audience what that entails?

Wettee: Organic chemistry is the study of the structure, properties, composition, reactions, and preparation of carbon-containing compounds. Most organic compounds contain carbon and hydrogen, but they may also include any number of other elements, nitrogen, oxygen, halogens, phosphorus, silicon, and sulfur.

Originally limited to the study of compounds produced by living organisms, organic chemistry has been broadened to include human-made substances such as plastics to understand how they can better work together.

What attracted me to it is that organic chemistry is a highly creative science that allows chemists to create and explore molecules and compounds.

Organic chemists spend much of their time developing new compounds and finding better ways of synthesizing existing ones. Organic compounds are all around us. Many modern materials are at least partially composed of organic compounds. They’re central to economic growth, and are foundational to the fields of biochemistry, biotechnology, and medicine. Examples of where you can find organic compounds include agrichemicals, coatings, cosmetics, detergent, dyestuff, food, fuel, petrochemicals, pharmaceuticals, plastics, and rubber.

DISRUPT: Have you discovered how to transform sand into gold, how does this organic chemistry relate to your new company and how will you use it to drive business and revenue?

Major organic industrial chemistry sectors include rubber and plastic products, textiles and apparel, pulp and paper, and of course primary metals. But we are focused on the petroleum aspects of organic chemistry.

DISRUPT: So, you’re manufacturing an organic fuel, what does Clean Air Biodiesel Group do exactly?

Wettee: Our plan is simple; we reduce harmful waste from clogging our cities drainage system or ending up in landfills. We are creating a network of used cooking oil reclamation bins throughout the city and then transforming that waste using organic chemistry to produce a clean-burning diesel fuel, know as biodiesel. Biodiesel can run in any diesel engine without modification, leaving a smaller carbon footprint for that diesel engine. Biodiesel is cleaner, more efficient and its production is being subsidized by the US Federal government as part of its initiatives to slow global warming.

DISRUPT: I’m picturing a lab full of test tubes, beakers, and white lab coats – but don’t usually associate those images with fuel production, how is biodiesel made from used cooking oil?

Wettee: The organic chemistry process being used is referred to as transesterification. Waste cooking oil, or virgin vegetable oils can be used as the base. It’s one of the simplest reactions in chemistry – where a feedstock is heated to the proper temperature, then a catalyst known as methoxide is introduced – causing this organic chemical reaction – transesterification.

Simply put we are shearing off a molecule of fat, and replacing it with a molecule of alcohol, which transforms the vegetable oil allowing it to be used in diesel engines. Biodiesel can be mixed with standard diesel fuel, from 1% to 100%, and anywhere in between. The most popularly sold biodiesel fuel is B20 which means it’s 20% biodiesel, mixed with 80% dinosaur diesel fuel. The biodiesel helps clean and lubricate the diesel engines, removing carbon buildup from engines.

DISRUPT: So, you’re collecting used oil, turning it into energy, and getting paid to produce it?

Wettee: Yes, once I learned about biodiesel production, how it benefits both businesses, and individuals I wanted to build a production plant, now that has come to fruition. We are ramping up both oil reclamation and biodiesel production out of our new 30,000 square foot facility, headquartered in Columbus, Ohio. We are inviting individuals, families, restaurants, food trucks and other organizations to get involved in our cause.

We are tackling the city of Columbus first, then branching out to neighboring cities such as Cincinnati, and Cleveland. The skies the limit, the more used cooking oil we can collect the more clean-burning biodiesel fuel we can produce, there is zero waste from biodiesel production. We’ve done the math; this is a highly sustainable business model. The more we can offset the cost of materials with the collection of used cooking oil, the more profitable we will be.

I’m happy that I found a business where I can help clean up the city of Columbus and be rewarded for my good deeds in many ways. I look forward to expanding this business to produce more than 25 million gallons of biodiesel fuel annually. We invite everyone to learn more about our oil reclamation and recycling program by visiting our website at www.clean-air-biodiesel.com  Thank you. 🙏🏻

Bruce Burke is the Founder and CEO of The Mandalay Group. A full stack digital marketing agency.