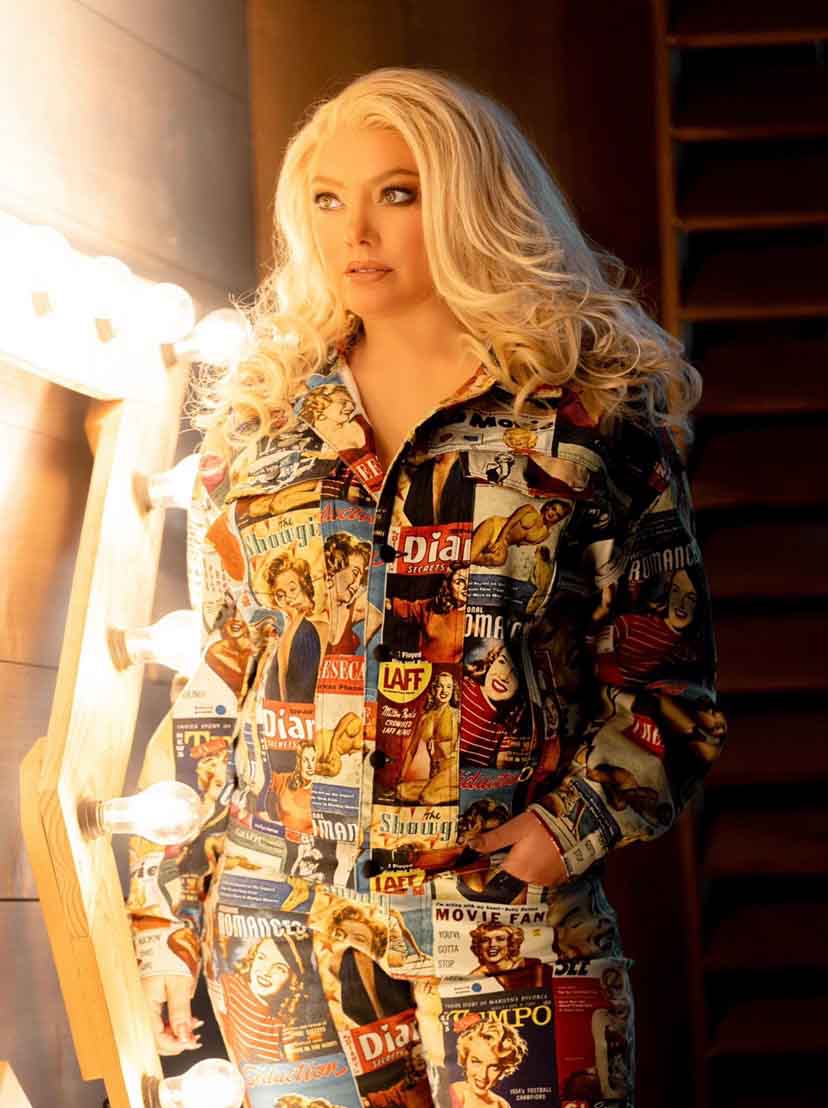 Tell us a little more about how you first got into acting!

I came to LA at 21 not knowing a single soul. I actually lived in the Days Inn for two weeks in Sherman Oaks when I first arrived and watched Halle Berry win the Oscar there.

I didn’t know anything about LA but hit the ground running. My first job was as an original Pussycat Doll in the burlesque show before to became a worldwide phenomenon and girl group.

I was doing music videos to pay the bills but I really wanted to act. I was in an independent film not long after I arrived and there I met my partner who I would go on to make three features and an award winning doc.

My first film was titled “IOWA” and I was starring in it and producing it. I didn’t know anything about producing but worked every day finding out how to do it.

At that time, bookstores were still the number one place to go to get information and the library. I read as much as I could about making a film and the things I would need to do to produce it. I was only 24 years old at the time but making that film taught me so much.

It went on to be an Official Selection of Tribeca Film Festival. Not bad for my first time out! From there, I continued to produce and as they say the rest is history.

Who or what is your biggest inspiration and where do you find motivation when things get rough?

Other filmmakers are a big inspiration for me. I am always watching films or reading scripts. I have tried to keep things fresh for myself by staying in classes online to keep me motivated. You have tasks you must fulfill in these classes such as a writing or acting class. I feel like that helps me stay on task and gets me one step closer every day to make my dreams a reality.

What would you say to aspiring producers and women in the industry wanting to get started?

Don’t let the word ‘No’ dissuade you. Keep going!! You must love wanting to do this because it is by no means glamorous. The glamour part comes when you get dressed up and go to the premiere. The rest is really hard work and very long hours, but if you are a creator, then there is nothing else like making films.

Also, do not think you need to sleep around or do things you are not ok with to get a job. I think and hope we are getting better in this industry towards women, but I allowed people to say things to me over the years that were never appropriate and if I could go back I would never have allowed it.

Remember how intelligent, talented, and strong you really are, and that you don’t need a lot to make something wonderful. Your integrity and your own self worth is way more important than any project or person any day of the year always!

We are working hard at WallyBird Productions for a very busy 2021. We have an urban drama titled ‘Dissonance” written and directed by Rafi Jacobs that will hit the festival circuit, a set of music videos from the incomparable JUNO dropping, our “SHIRi” film and “Make A Wish” film still in festivals worldwide, a documentary directed by Emily Karlsson titled “Does My Vote Count” is currently filming, a feature we are getting ready to film next month that is a surprise, a television pilot about the perils of dating in LA, and another feature that is a horror comedy I am directing and starring in. We are very excited about this year to say the least and hope you will all continue to join us, support us, and take this journey with us. There are lots of stories to tell! Let’s make some movies!!

“Lavaperros” a Colombian movie has been released on Netflix