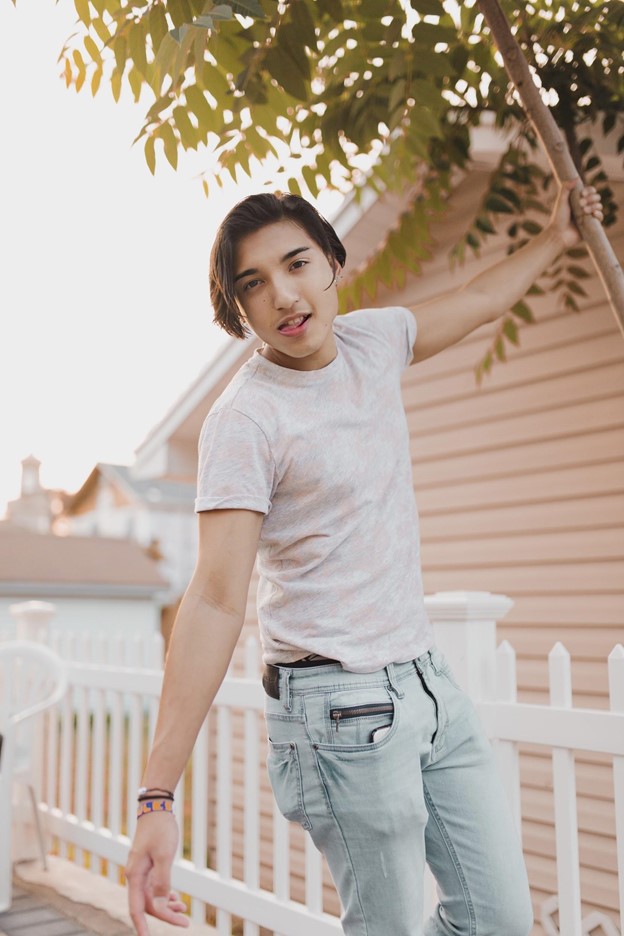 Jules Lozada better known under the artist name of Pure Skies is looking to make his mark on the music industry. The young creative started singing when he was just 7 years old and picked up learning instruments a few years later. After taking a break, he’s now fully invested in his music. Pure Skies released his first full album titled “Swimming With Dolphins” last year and that’s only the beginning of his career.

I started posting covers on this app called “Smule Karaoke” back in 2013 when I was 15 years old. I was insecure about my voice at the time so I didn’t want anyone to know it was me singing. I ended up creating an alias known as “Pure Skies” to hide behind so I could continue practicing my singing and posting covers without being judged. Later on, I learned how to edit music properly and invested in some recording equipment and started posting my covers on SoundCloud. Still under the name “Pure Skies”, I started gaining a ton of traction on my covers and original music on SoundCloud and have since built over 3 million streams on this platform. I slowly started to show the world who “Pure Skies” truly was and revealed to my supporters, my family, and friends that it was me behind this name. I’ve started to get invites to perform at multiple places and occasions and started to really get some traction to my name and my music. Fast forward to now and I’ve performed at many places in front of many people, more notably opening for rock legend and Grammy award-winning rockstar, Rick Derringer and also performed at Sound Of Brazil in New York City. Today I continue to create music and have recently released my very first album in 2020 called “Swimming With Dolphins.”

I started playing drums when I was 10 years old and learned guitar and piano at 12 years old. I first began singing at 7 years old but returned to it later in my life at 14.

I come from a musical family. Everyone here either plays an instrument, sings, or both. It’s been in my blood since I was born and have been surrounded by it all my life.

As of now, I think my greatest achievement would have to be finally creating and releasing my very first album ever. That was something I always knew I needed to do as an artist but also something I was very intimidated and scared of doing. I’m the type of person that if I make a song and I really like it, I wanna release it right away and share it with people. So making 10 of these songs and waiting for the right time to release it all at once was a challenge for me but I think it turned out pretty great if I do say so myself.

I always have something in the works. I’m always writing and making melodies that do or don’t end up becoming a full song. But yes, I have a ton of new originals and even covers I’m planning on releasing throughout this year and it’s going to be awesome!

Related Topics:ArtistmusicPure Skies
Up Next

Stee Ferrer on making music and his source of inspiration.