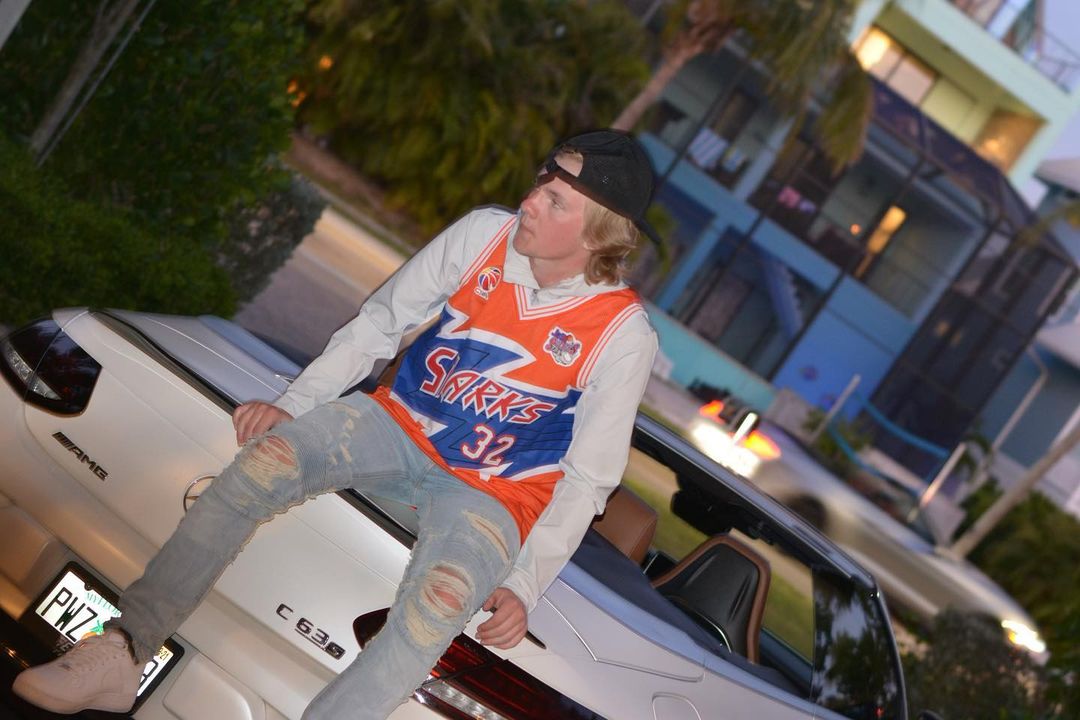 After a successful yesterday release featuring  Chris King and Trippie Redd, SOS LO has been recently gaining steam around the hiphop community. In this interview, we’ll be diving deep into SOS LO as an artist as well as what lies behind his sound.

Ever since I was young I was always in music in some way.  I played drums for a while until I got really into sports. Then it was nothing but baseball, basketball, and football for years. Except for me and my friends freestyling everyday. We always joked about actually trying to rap but it was never that serious for anyone except me. I loved the artistry and how one song could tell an entire story. Once I graduated high school I had offers to play baseball in college but turned them down to just be a student at Clemson University. After my freshman year I decided I was really going to try and make music just because it made more sense to me than anything. Me and some guys from the hometown that made music built a studio in a storage closet of my garage. It wasn’t good but it worked well enough to get practice. I don’t know why I came in with so much confidence but I’m glad I did because my music was really bad. Like awful. But, somehow I thought I was good and knew I would only get better. After a few months of working there I got introduced to my mentor who then worked with me for two years and molded me into the artist I am now. Take all that and boom now we make dope music.

I’m from the upstate of South Carolina in the Greenville area. It’s a lot more diverse than most people realize – all ethnicities and cultures – especially since Greenville is one of the major cities in the state. I started making music in 2019 when I felt that it was truly my calling.

The most challenging thing I’ve had to overcome has to be my high school experience. I had some family members that got arrested and it made the news. Being in South Carolina the stuff that was on the news wasn’t regular and it was like everyone knew about it. Also a lot of people knew who I was so that didn’t help. It really went from me being the guy with a lot of friends my freshman year to really just my boys Dylan and Trey. Everyone thought they knew the story and would say shit to me about it everyday. I heard some sick shit and people even would say shit about it to my former girlfriend and anyone I was associated with. But, all that being said, I’m thankful for it because it taught me a lot and I had to mature way beyond my years. I learned how to read people, see their intentions, how to fight, and know who was going to be there when I had nothing left to give.

I am an independent artist under my own label Death to Normalcy (DTN). It’s a small collective with me,  my two artists Easton Keys and Steezy Reezy, then our two content/ video guys Loghan, and Dak.

I have a few inspirations but I would say the three biggest would be B.o.B, Meek Mill, and Joey Bada$$. I’d like an honorable mention for Denzel Curry too.

What I want people to take from my music is there may be all this bad stuff you see going on, or you may be going through some shit, but it can always get better. There’s no point in focusing on the negatives when there are also more positives. I hope people can see that. Like I went through a lot of shit when I was younger from the whole high school thing, to being stepped out on, to losing people, but I got through it and I want to inspire people to come out stronger like I did. Music was the biggest thing that helped me.  I just hope I can do that for someone.