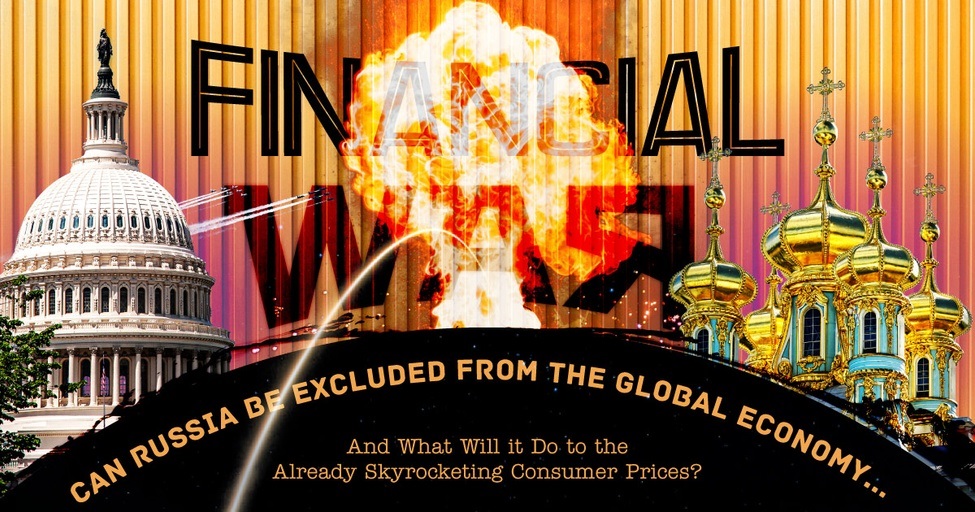 Gas prices are typically higher during warmer seasons. It’s not necessarily just due to the greediness of big oil, but it is actually more expensive to produce summer grade gasoline, and refineries are required to shut down production to make the switch from winter grade to summer grade, all of which contributes to hiked prices. However, this summer we’re seeing prices that are far over and above typical. The question is, why?

Inflation has been on a steady, but rapid incline since the onset of the COVID pandemic in 2020, however it seems that we’ve returned to the old “normal” in the majority of ways, so it stands to reason that inflation would level out as well. Needless to say, this has not been the case at all.

In fact, inflation continues to soar, and now the blame can rest squarely on the shoulders of the Russian/Ukrainian war, along with all the subsequent consequences.

In February of this year, Russia invaded Ukraine, despite warnings from the US and other countries of what would take place if they went ahead with the invasion. Since then, the US has implemented heavy sanctions on Russia in an attempt to cripple its entire economy.

These sanctions are unprecedented in that previous sanctions focused solely on the Kremlin, but these are against the entire nation. Of course the US isn’t the only country to take action. Germany, France, Italy, Canada, the UK, and others have also joined in these sanctions and, for all intents and purposes, Russia is being blacklisted from the entire global market.

Imports/exports are banned, they’ve been removed from SWIFT, which means they can no longer do cross-border trading, and many American companies have shut down operations in Russia. Companies like Coca-cola, McDonalds, Netflix, and Disney have implemented their own sanctions against Russia.

While many agree that strong action needed to be taken to dissuade Russia from continuing the war, as it turns out, Russia is a major player in the global economy and a major exporter of oil and natural gas. This means that, although the sanctions were intended to have their negative effect on Russia, here in the US, and across the globe, we’re also receiving the “punishment” at gas pumps, grocery stores, and other places of business.

Americans may take cues from Russian citizens who became concerned about the falling ruble. These Russians quickly began buying up gold to protect their financial standing. Gold bullion is an excellent and wise addition to any financial portfolio as it doesn’t decrease in value, it remains stable, and actually increases in value during times of inflation. If you’re (rightly) concerned about paper currencies losing value, then investing in gold is one of the best options available to protect against economic collapse.

A Guide to Smart Buildings