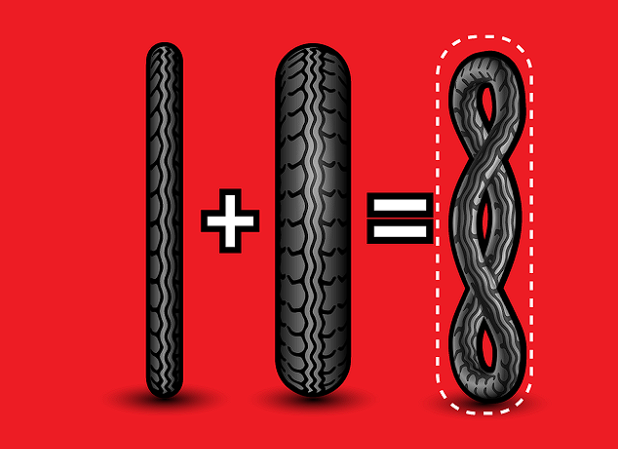 The wheel is often cited as the hallmark of man’s innovation. It is one of the most important inventions which kicked off industrialization, making the ‘world as a global village’ philosophy a reality. Now, you can cover long distances in a short time with cars, bicycles, and airplanes. But can you reinvent the wheel? This question has sparked debate, with a few attempting to improve the existing model to fit growing needs. Shark Wheel is among the companies exploring ways to improve the wheel and has now created a one-of-a-kind wheel that is challenging the status quo regarding every aspect of human endeavor, from consumer goods to agriculture.

The Shark Wheel has been scientifically proven by San Diego State University, Mechanical Engineering Department, lab testing, and real-world testing to outperform the circular wheel in nearly every category. The wheel’s design is built to mimic the movement pattern of most things and how they relate to nature; consequently, the wave pattern makes it better on skateboards, carts, wheelchairs, cars, and bags.

The Shark Wheel is designed so that the wheels go over the same path for the tractors, minimizing trench digging. Unlike the circular wheel, the Shark Wheel pushes the soil towards the center, allowing crops to grow in the wheel tracks. On skateboards, shark wheels are developed to sit at a 30-degree angle which helps the wheel to move around the objects rather than over them.

The same has been applied to shopping carts, office chairs, and wheelchairs. In casters, shark wheels have 57% less friction when in motion. The wave patterns make pushing the cart easier, alongside other casters applications. The wheels’ unique design and ability to navigate rough terrain without wearing out faster have seen the product receive a lot of praise.

Shark Wheel is a three-time government grant recipient through the National Science Foundation; they have been providing the agriculture sector with a farming wheel that does not dig a trench. In addition, Shark Wheel has created wheels for the military, major luggage brands, professional sports leagues, NFL, and NBA. They have also partnered with Walmart to sell consumer products.

According to Zack Fleishman, the chief executive officer of Shark Wheel, their goal is to create transformative inventions with their wheel, making agricultural machines faster, more efficient, and cost-effective. The world is evolving, and so are consumer needs. While the circle wheel continues to evolve, we believe there are more improvements to be made to enhance the value of wheels and their operations.

Through Shark Wheel, Zack and the team are filling these gaps. The Shark Wheel has better slide control, lasts longer, and is the best wheel over rough terrain. Its sine wave shape tends to push through debris and other small objects, which makes it easy to drive even in wet conditions. In addition, the wheels are not affected by flat tire problems because they’re made without built-in air mechanisms.

Shark Wheel has been on Shark Tank and the wheel is used by multiple fortune 500 companies and featured in FedEx commercials. They are also set to air on America’s Real Deal program (airing on Fox business beginning October 8th). You can look at (and invest in!) their capital round with the following link: startengine.com/sharkwheel

Related Topics:Shark Wheel
Up Next