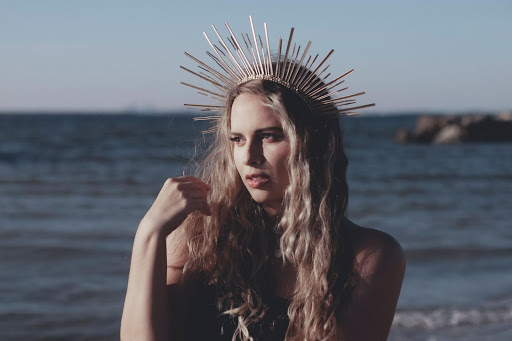 After deciding to walk away from her career as a professional golfer, a sport that Jennifer Neville had dedicated her life to for 17 years, she went through a period of trying to decide what was next.

While she was figuring out what the next chapter of her life would be, she was also trying to get over a guy who wasn’t that interested in her. She then spent hours watching tarot readings on YouTube, wondering how her love life would play out.

“As someone who has always been into the esoteric, and had been reading the tarot since high school. I always would look at these YouTube readers and ask myself, why I didn’t just start my own channel,” she said.

Looking back, Jennifer realized that she found tons of excuses. That was until she reached her make-it-or-break-it point where a job that she had lined up fell through.

“I woke up one morning, grabbed my tarot cards, and hit record. I didn’t want to second guess it, so I didn’t even watch, I just uploaded the video. Within two weeks I already had thousands of followers and from there I have been able to grow and evolve beyond the tarot,” she said.

Jennifer sees her tarot reading as a special business because through it, she was able to find something she was truly passionate about to wake up for again.

“Not only that, but I get to help others through that same evolutionary process of tapping into their own magic, and falling in love with themselves, and living their most abundant lives,” she shared.

Before the rise of Instagram and influencers, Jennifer already had her degree in public relations. But she always knew that she wasn’t interested in a 9 to 5 job after school.

“And even with my sights set on a career as a professional athlete I knew looking at other athletes in the industry, success wasn’t always about who played the best, instead, it was influenced by likability and brand-ability,” she said.

She then began to build her brand and signature styles while she was playing college golf. Eventually, she leveraged that brand into her professional career with the rise of Instagram.

“By the time I jumped to this new platform and genre, I already had that experience and success when it came to really niche-ing myself in an already saturated space,” she said.