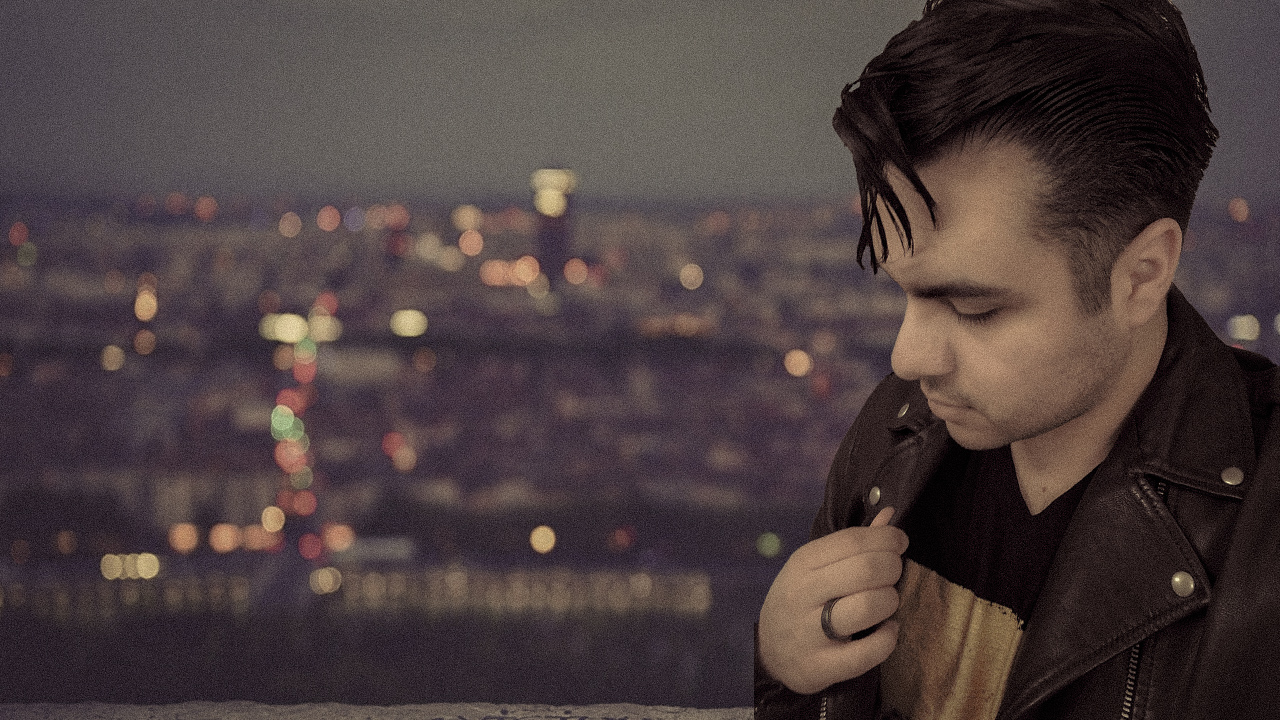 I’m here with Ivan Reyes aka Supernatural Frequency! He is a Producer and Funk Artist from Orange County, CA who is starting to make a name for himself in the music industry around the world!

So, how’d you get into music?

Mostly from my family. Growing up, the people around me played different genres of music. My aunts and uncles played funk, my mom played 80s/90s music, and my dad played gangsta rap and Egyptian music. I was a late bloomer when it came to listening to music on my own. So as a kid, I loved the music my family would play, but I never knew the artists or song names, just the melodies and vibes.

That’s awesome! So you were exposed to a diverse range of music from a young age. How did you get into music production?

In my freshman year of high school, my mom bought me a $30 music software at Best Buy. Everyday I would learn how to use the software, learned how to program drums, learned how to mix off of that cheap software. Obviously, at first I was terrible at it since I was self-taught. But, I eventually got better at it.

When did you know that this was something you could do as a side hustle?

After a year, I moved onto trying to sell the beats I was making. I never sold anything. It wasn’t until my junior year of high school when I sold my first beat. I got a cheap Casio keyboard for Christmas and I had ZERO clue how to record it to my computer. I ended up using a cheap computer mic (for Skype) and placing it next to the speakers to record the audio.

Once I started doing this, I learned how to clean up cheap audio to make it sound more professional. This led me to sell my first beat which was cheap drums and two melodies from my cheap keyboard. $25. That’s all I made. I knew I had to find more customers. Keep in mind, this was the MySpace days, so MySpace had a classifieds section. This is where I found my first loyal client, a singer/rapper from Maryland. I ended up selling 3 beats a week to him and his friends. By senior year, I started getting clients from all over the nation. I guess that’s when it became a side hustle for me.

Tell us about RXN Media, how was that born?

From disappointment! Haha! I had an opportunity to get signed to a huge record label around 2015-2016. I had to produce a few demos to prove my skills. This was how I produced an unreleased track for Tinashe. It seems like I got close to getting signed, but it didn’t happen. After I got the rejection, I felt unmotivated. Along with a few other things going on in my life, I fell into a depression and didn’t really focus on music. One day in 2017, I remembered how much fun I had making music. I figured “If they don’t want me, I don’t want them!” and I decided that if I couldn’t get a label to sign me, then I’ll be my own label. That’s when I published my first songs on Apple Music & Spotify. It eventually grew into managing my clients’ catalogs and getting them royalties.

Their loss! So, Supernatural Frequency, your alter-ego… How was he created?

A leather jacket and producer’s block. During the DJ Mustard fad, I was getting paid to make Mustard style beats and I hated it. At first it was fun! Simple beats, no chord progressions, and I was making money! But, it was getting stale to me. I felt burned out and I wasn’t thinking creatively in my production anymore. As a side project, I started making funk tracks. Songs that had chords, structure, and different arrangements. It was liberating. I was able to make music my way and didn’t have to limit myself to what the client wanted because this was all me. I was releasing the songs under my name, Ivan Reyes, but it turns out my name is taken. So, I needed a new name.

This was around the time I got addicted to leather jackets. I had been told by clients, friends/family, and by other interviewers that when I had a leather jacket on, I turned into a different person. I was more confident, cooler, and – their words not mine – a rockstar haha. So I took the idea of a “cool Ivan” and tried to figure out a name for this mythical creature. I had became known for my talkbox skills, so I wanted to think of something related to that sound. When I was younger, I was a believer of ghosts and all that stuff. That’s where the “Supernatural” came from. Supernatural Frequency was what I came up with to describe the talkbox. I started asking a few people what they thought of it. They said it had the sound of a rockstar. Thus, Supernatural Frequency was born!

Funk music was one of the genres my uncles and aunts played when I was younger. I loved it. Prince, George Clinton, Zapp, Rick James, etc. I did a research paper in my college English class about Funk music and its contribution to westcoast hip-hop. I learned that funk was a genre where anything goes! A lot of the legends were rejects of the other genres but a success in funk.

Funk seemed to be for the outsiders, the different, the funky. I’m a big nerd. My fans and clients when they first meet me are usually shocked to see me in person. “You’re the guy who made that beat? That song? You’re Ivan Reyes?” I always got the shocked reaction (this is where RXN came from). So, it seemed like Funk was the perfect genre for me. Of course, I was afraid to release my songs at first. My songs had a different vibe than what other local artists were doing. Everyone wants to act gangster and hard, and here I was yelling in the background of my songs, joking around, doing fun songs with different vibes. My songs were being liked, despite my insecurities of my music, people liked them. It’s different. I’m different, but I guess it makes my music original, yet also relatable.

Do you plan on focusing on Funk?

Yes and no. I’m going to start my second album soon, and half of it will be Funk, but I’m adding some classic rock vibes to it as well. I want half to be very pop, and the other half to make you feel cool when you hear it haha.

So I saw that your music is being played around the world! There’s even a few remixes of your songs out there created by DJs who are fans of your music. I bet that’s a cool feeling!

It’s so weird! I have fans in Italy, Greece, Mexico, and Spain. it’s weird knowing that my songs are getting radio play around the world. The goal is to get them on rotation on big stations here in America, but I’m happy they’re at least on big stations in other countries.

So what’s next for Ivan Reyes?

I’m working on growing my clients’ catalogs and their marketing. I’m also working on getting my music, and my clients’ music into movies, TV, and video games. Aside from music, I am working on starting an organization to help the community. I also have plans to expand RXN to own a few fast food franchises, real estate, and even financial/marketing consulting. But, I still have a few years before I get to that. I’m in the planning stages for now.

So RXN is expanding into the corporate world?

That’s amazing! Well thank you so much for the interview! Drop your social media links!