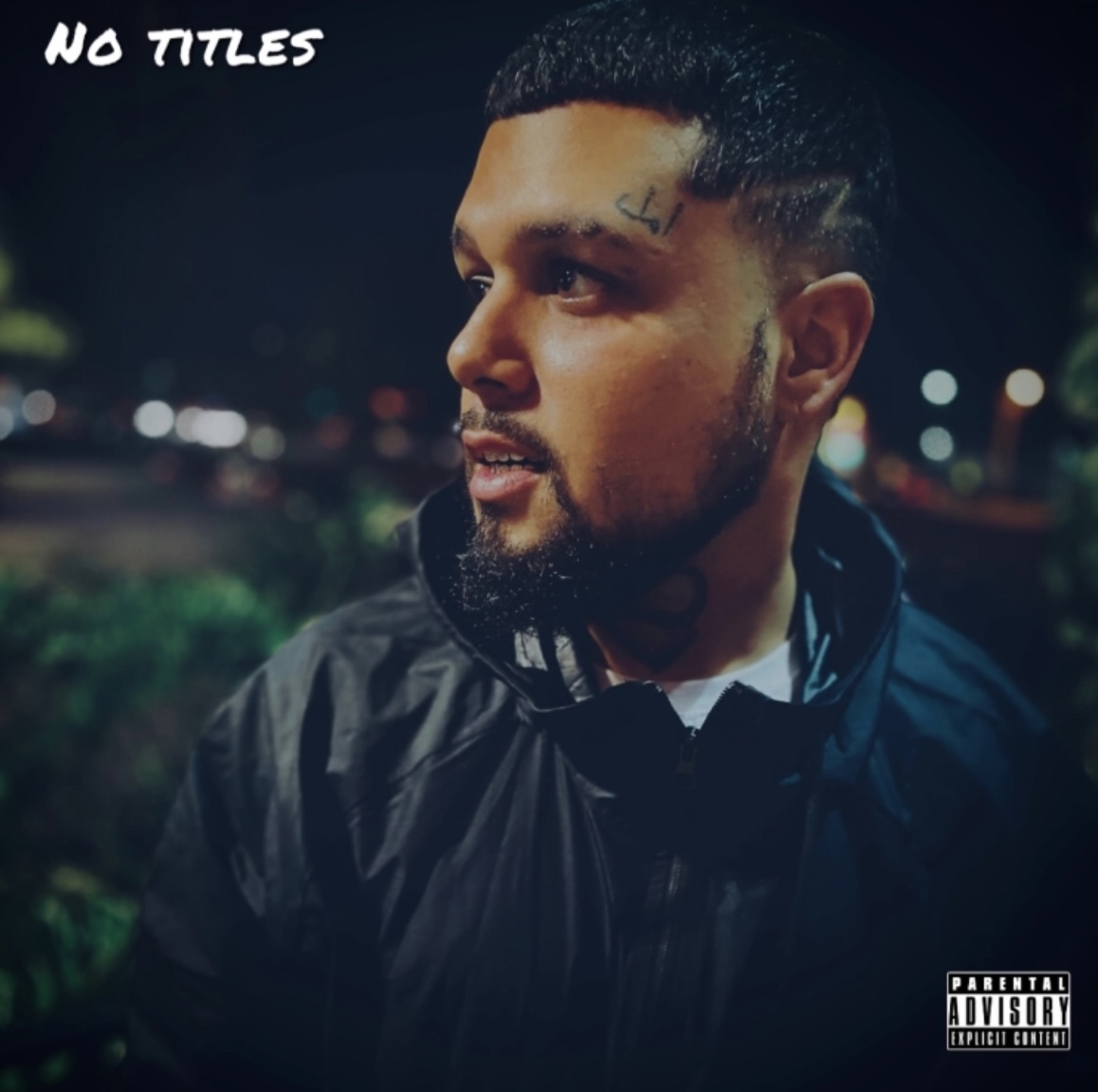 I’m an independent singer/rapper and songwriter. My Artist name is JaeLz. This article is about my Journey and how music is a part of me. To find me on all social media look up TheRealJaelz.

What Is No Titles?

This October I just released my first single “No Titles” on all major music platforms. Apple Music, Spotify etc. I’m pursuing music because I feel like it’s easy to me. Music is in my blood(family) and if it’s possible for other artist to make a living off of what they love and become successful, then why can’t I do the same?
My goal is to release my full album “The Feeling is Mutual” by Jan. 2022. Working around the clock in and out the studio while marketing my single “No Titles”. I’m hoping with my first album release my music can relate to other people and they can become a fan of my creativity with this music.

Me personally never felt that feeling of accomplishing an achievement until recently when I released my single “No Titles” on Apple Music and Spotify. To some it may be like “Welcome Newbie” but for me it was a great impactful feeling. It motivates me even more to reach further.

I’ve had the privilege of recording in radio quality music studios also working with talented and well known music engineers in the music business. I recorded at the Electric Factory and Batcave in Philadelphia. Now I’m currently recording with James “Surg3on” Wood at Executive studio in Clearwater Fl.

I have performed at a lot of venues and events one of my biggest was an event with Dj Pauly D at the “Harrahs Pool in Atlantic City. That same night I performed on the rooftop, while his main event was downstairs in the club “Pool”.

Since A Young Boy

Feels like I’ve been singing forever since about 16 years old when I bought my first music recording program. ”It was like 30$“ I forget the name. It did it’s justice though it opened my eyes to a new hobby and I loved it. Gratefully learned everything about how to use it the proper way which then I began recording myself.

Instantly enjoyed how I sounded and began to show friends, family and they all thought the feeling was mutual. They enjoyed my sound, my stories, my music all around.

Long story short I had children at an early age and it slowed me down completely, but knew I had a lot of potential so I continued to perfect my craft while supporting my families.

It’s been a long journey of learning how to be a father but with time and struggles it led me to this point. Now I’m more than ready to take this music side of me to the next level. Since grade school I always been insecure of my government name Dwight Jael Corniell. I can’t even put together on why my mother would name me that but the reality was it was my name and i had to put it down on paper everyday.

Anyways being a father wasn’t easy and growing up fast wasn’t any better but I did it.
I had to learn to set my dream to the side and hustle to provide.

Definitely still ran with my name though I made sure I left a mark with everybody I met and to call me JaeLz from here forward.

When I was younger I remember going to a 76ers game with mom n pops. That same night Chris Brown performed his singles “Run it” and “Yo”. Him walking the hallways of the stadium and the fans screaming his name and flooding him with so much attention, it was at that moment I said to myself “I can be in his shoes one day”!

I instantly went home and searched how to make music online and that’s where buying the 30$ program comes into place lol. Here I am today JaeLz an Independent Recording Artist.

Being independent isn’t easy at all, learning what I know today takes a lot of years of “Doing It Yourself” work.

I hope people can take after me one day and see that with completing baby steps at a time towards your goal, you can achieve anything with a little and sometimes a lot of effort.

My music alone tells stories I’ve been through and feelings and emotions I’ve dealt with. I know my album will touch a lot of people as I’m sure my music can relate to what everyday people go through in life. My sound in my ear is unique to me. I have like this annoying, raspy-yet it sounds so good over instruments type of voice. There is no other JaeLz.

I love the stories I write. Most which has everything to do with what I’ve done or what I’v dealt with. Then I also have some that have nothing to do with me at all and just me telling a story in someone else’s shoes.

I love recording and performing it brings this energy out of me that I can’t explain but it’s out this world and it feels great.

It was when I started meeting different local artist and recording with them I realized that the birth of JaeLz has begun already. I instantly grew into my new name and continued to perfect my craft and artist develop naturally. In 2012, I started working with a group of very talented local artist. I did collaboration leaving a mark on everyone of their songs. They all knew I had a talent and “The Feeling is Mutual”.

I’ve worked hard getting my city and peers to better know me as JaeLz.

“The Feeling is Mutual”

My album “The Feeling is Mutual” will release in 2022 with stories and music with good vibes. I know a lot of people and fans are going to love my very first album.

My single “No Titles” which released Oct. 9th, is a great opener for me as it has a positive vibe with an upside down vision. It’s a radio and club hit. Personally one of my favorite songs on the album.

I’m a Singer/Rapper and I am known for some great collaborations with a lot of talented underground artist. I can provide lyrics and flow also verses and hooks(chorus). I’m open to collaborating and making top shelf music.

No matter how hard life gets keep chasing your goals. Yes, Money plays a big part in being successful but it also doesn’t define it as well. You can have nothing and turn it into something with the right knowledge the proper steps of studying. It is best being organized and achieving goals one by one.

I gave up at one time and it cost me time.
“Time wasted is the worst thing ever while being alive”.

Viasox: How To Take Diabetes Foot Care To The Next Level

Buy time: The Benefits of Tracking Time and How It Can Be Done Effectively

Dwight Jael Corniell known as JaeLz (born April 22, 1991) is an American singer, songwriter and recording artist. Upcoming as an independent artist born and raised in Vineland, NJ has found a home and warm feeling to continue his music journey in Tampa, Fl. JaeLz has been singing and working quietly remaining humble perfecting his craft,[2] with some considering him the "Best Collaborator" working with many underground music artist.[3] His style of music is grabbing many eyes in the mainstream, with his R&B/HipHop being characterized by several influences from other genres, mainly hip hop, R&B and pop music. His music and lyrics deliver themes of sex, romantic love, fast life, desire, and the difficulty of controlling emotions. Chris Brown, DJkhaled and Drake have played a major inspiration to his music career as these artist/producer’s are very talented and know how to hit that spot when it comes to the art of music! JaeLz is focus and waiting patiently on that light to be shined on him and hoping one day he can thank god and his fans on a big stage at the Grammy’s Early Life Growing up in Vineland, Nj everybody had a passion to pursue music but none of his peers had the tools or knowledge to reach further out! He lived in major cities like Philadelphia and Tampa making his way hustling building his name and brand. He has 4 sons whom he loves more than anything in this world; play a major part in why he is so destined for greatness and is motivated. Hoping to one day lead them to success after his own steps!