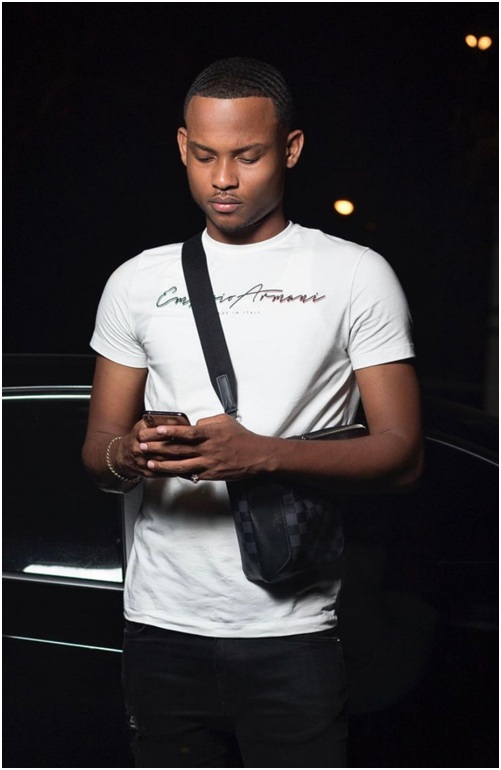 Dancehall producer Jahn Vito declares that he has incoming projects that will put him on par with the best the genre has to offer.

Jahnoy Rutty, more popularly known as Jahn Vito, who nurtured his craft from very humble beginnings in St Ann, Jamaica, believes that he has what it takes to be among the heavy hitters in the dancehall entertainment industry. Being a graduate of Cornwall College high school in Jamaica, Jahn Vito embarked on his music journey in his teen years by researching and studying the fundamentals of the music business.

“I never took any shortcuts. I have studied music and the business of music since I was a teen in high school. I was a business major, but I treated music as if it was my priority. I took music class very seriously and I did my own research, hitting the library on a constant basis while I had limited internet access. Business was my goal, but music was always my passion.” Jahn Vito revealed to Disrupt Magazine.

The fast rising producer has made a name for himself in the industry by playing instrumental roles in the production of several dancehall hit releases. The producer is known for executively producing songs such as Red Eyes by Ryging King, Talibhan by Skeng and Stark Ashley and 10th Floor by Brysco, to name a few, this year. Red Eyes peaked at #4 on Youtube trending charts, gaining over 900,000 streams, while Talibhan peaked at #1 for over a month with over 13 million streams. In an interview with Disrupt Magazine, Jahn Vito detailed how he has stayed behind the scenes for years but has now decided to spread his wings publicly.

“It wasn’t an easy road for me at all. I paid my dues doing management for artists, producers, and composers in the industry overtime. I laid the foundation for a lot of people to prosper, being the brains behind several successful projects. I sown my seeds and now I am ready to reap,” Jahn Vito said with a smile.

While he has been busy in the studio working on several rhythm compilations in the past few weeks; Jahn Vito promises to set fire to the airwaves with his upcoming project Red Eye Rhythm. The project leads with the smash hit single Red Eye by Ryging King and features a host of dancehall stalwarts such as the likes of Jahshii, Dane Ray, Shane O, Shane E, and more.

“This project is very promising. My team put so much work into this one and I am confident that our contributions will bear fruit in the results. Everybody involved in the project put their heart and soul into this one and I could not ask for more,” Jahn Vito told Disrupt Magazine.

WHO IS WILLIAM PLANES?

Emile Steenveld : An Emotional Intelligence Coach and a pillar of strength for Entrepreneurs