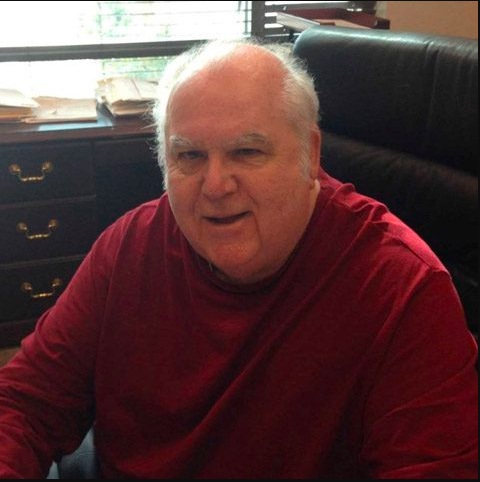 There are men in the world to have marked their names in the history for any of their achievement they have done in their life. One of those names is of William Planes. The great book Platanides; Through TheEye of TheStorm is written by Planes.

Here we will look into some of the biographical features of William Planes and get to know about them in detail.

Among the survivors of Genocides in Asia which was ordered by Kamal Ataturk in September 1922, he was the first generation survivor. The great orthodox faith was at peak at that time and the father and mother of William Planes were great believers of this culture, so they raised him based on the faiths and teachings of Greek Orthodox Faith.

William was born in New York, USA and then spent his times in different places such as South Carolina, Folly Beach and Coral Gables. He studied at Coral Gable High School and then graduated from the Florida state University. After completing his graduation he decided to serve US Navy. He left the Navy after serving them for some years and then decided to join the business where he used to acquire troubled or failing companies, restructured them, and then sold them at good prices. He earned good profit through this business activity, and he spent most of his profits to help the society to become established. He also invested a large portion of his profits in the good work of his Christian Orthodox faith.

At the time of Covid-19, when everyone was isolated in their house, William used to think and question himself that whether his kids, cousins and siblings children really understood the greatness and importance of the freedom that they are enjoying in their homeland. He used to wonder whether his relatives and people close to his heart really knew that how fragile is the presence of freedom today. He wanted to make the people realize that their forefathers have sacrificed thousands of their lives and bloods to ensure the freedom of the country and to have the full opportunity to practice their faiths and traditions according to Christian Orthodox faith. To protect and remind the people of the history, he decided to write a book to preach his message.

Platanides: Through TheEye of The Storm

William published this book officially in March 2022. The book – Platanides: Through The Eye of The Storm – revolves around the life, tough happenings, and a boy of strong Christian faith who was born in 1908 in Asia Minor. He told us about how difficult it was for him and his family to escape the extreme oppression and genocide of the Greeks and Armenian Christians which was ordered by Kamal Ataturk on 13th of September, 1922. These extreme events had a lot of effect on him as well as his family who were living as refugees during the Genocide. All these events and the occurrence of World War ll had a massive impact on the people living on the Island of Crete Greece and their ascendants.  The author also told us about his relationship with his father in his adult years. In the book, he tried to tell us that how did the author and his father managed to deal with toughest phase of their life and how their faith which was practiced by them on regular basis was affected and hence strengthened by these tough experiences. All the tragedies of the war developed them as the strongest version of themselves and they had enough faith in themselves and the religion to emerge as firmly face all of the life’s storms and emerge from them whilst remaining strong and even more committed to their faith.

He thought that there is a very different comparison of people’s life who were living under the oppression of Muslim radicals trying to erase Christianity, life of people who are living under the control of Nazi oppressors and Gestapo tyranny, and the beautiful life of people living in the constitution of the United States of America where everyone is provided the full right and freedom to their respective religion, cultures and values, choices and other rights granted to the citizens of our independent homeland. The author tried to make people realize the importance of freedom and to consider it as a massive blessing in their lives. The writer gave a warning to the future generations of USA to never underestimate and overlook the sacrifices of the ancestors that have martyred themselves to ensure a better future for us. If the sacrifices of our elders are overlooked, then prepare for an uncertain genocide and tyranny that still exists in many parts of the world and it might one day return back to our homeland.

Like Vijay Singh, if you want to develop, you must go against the flow of ordinary thinking

Jahn Vito stake his claim as a premier dancehall producer