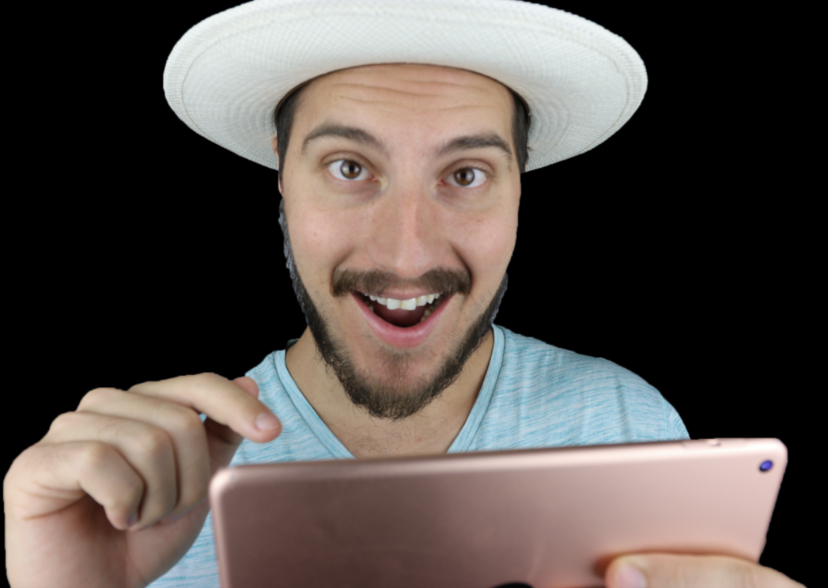 It’s true, Jeremy Lefebvre is one of the lucky people living the American dream. In 2014, right before turning 25, he could quit his day job as a manager, move to Nevada and retire. Was it easy? No. Did he get lucky? No.

Before we dive deeper into how he did that, let’s rewind to his childhood and how he went from living in a bad neighborhood and living off food stamps – to retiring at 25 and becoming a multi-millionaire. Born in Phoenix, Arizona, Jeremy’s childhood wasn’t the easiest, and certainly nothing like the life he now lives. His family struggled from day to day, living off food stamps and government support, with his dad working as a car salesman. They weren’t doing very well, and the whole dealership was underpaid and overworked.

But even with the odds stacked against them, his dad decided to start his first pool business. And a few years later, they managed to move into a nicer neighborhood, when Jeremy was 12. However, the struggle for Jeremy didn’t stop… School and the regular education system just wasn’t for him. But this meant that rather than trying to get the best grades, Jeremy was looking for ways to gain actual experience and climb up the ladder.

The last summer of his high school, he managed to find a job, and a coach of a College was interested in having him try out for Track & Field. Although not willingly, Jeremy managed to get into a college… And this is where the seeds to his success were planted. It’s here where he first came across the love of his life. Investing.

Through the guidance of this accounting teacher, Jeremy learned how to read balance sheets, how compound interest worked, and other investing basics. This is where the seeds to his success were planted. In 2008, the real estate market crashed, sending trembles across the global market. The real estate market was a huge opportunity to invest in, but with only $500 saved, he knew he didn’t have enough money to invest in real estate. His other option was to open a savings account, but those had little to no interest rates, so this wasn’t even an option. Then he stumbled across the stock market.

This is where Jeremy finally found his real passion. Stock market investing. At that time, he was working for only $8.25/h at Walgreens, hoping to become a manager and earning more. He knew that job wouldn’t go anywhere. So he had to look for other opportunities. However, due to the 2008 market crash, promotions were non-existent. And it seemed impossible to earn more, while the world seemed to fall apart and people were getting fired left and right. This didn’t mean Jeremy backed down. As true investors and entrepreneurs do, they find opportunities where other people see none.

One day, while gassing up his old 2004 honda at Quick Trip he saw a job listing… It said: “Hiring a regional manager. Salary: $40,000 per year”. This was a huge opportunity in front of his eyes. He knew if he got the job, he would be on the path to having more money to invest! He applied for the job, and even with little to no experience, he got the job! Now he’s a 20-year old earning $600 per week. Which was great considering he was only earning $8.25 per hour at his previous job.

This was one of the smartest moves he could make. Jeremy was a 20 year old, with no college degree, no experience earning $600 per week. And even better, he was still living with his parents. This means he could invest most of the money he earned. And sure enough, with his experience and his sharp-vision for spotting trends before they appear, he managed to grow his investment portfolio to over $200,000 in stocks!

He’s one of the rare investors that could notice HUGE trends before they happen, and here are three examples of when he succeeded greatly at this.

Jeremy noticed that Monster energy drinks had a high sales volume at Quick Trip, so he bought their stock before it was a huge price surge in 2015.

Also, the psychology lessons from his school made him understand that if Obama was re-elected, gun sales would surge. Simply because he seemed anti-guns and basic psychology states that if he would get re-elected, people would think their guns would be taken away from them to buy more guns. That’s how he bought Cabelas (an outdoor hunting retailer) for about $20 per share, and it soared to $60/$70 per share later.

Even recently, Jeremy was preaching tesla stock way before it’s initial price rise to over $1,500! (He bought 300 shares at roughly 227.50 dollars, before the stock split).

His stock portfolio even allowed him to quit his job, retire early, and spend more time with his family. Instead of continuing to work a 9-5, Jeremy knew he could live off his investments. Later in 2016, he decided to make a move that wouldn’t just change his life, but change hundreds and thousands of others. Jeremy created his youtube channel “Financial Education”, which has now grown to over 550k subscribers on YouTube, and each one of his videos consistently gets 80,000 – 120,000 views per video.

These videos have helped create countless new investors and taught them strategies to invest their money the right way.Time and time again, Jeremy has proven that his investing strategy works. Every single day Jeremy continues to invest himself and even shares some of his portfolios with the public. Here are his results as of the 10th of September, 2020:

Now Jeremy has millions invested in the stock market, gathering lucrative returns and living a carefree life. He’s one of the rare social media influencers who are highly transparent with his every move and share it with the world. If you want to learn more about investing money in the stock market successfully, click here, and we’ll take you to his youtube channel.

Greg Scott Is Doing Things His Own Way In The Music Business!

Arod Is The Artist Your Playlist Is Craving