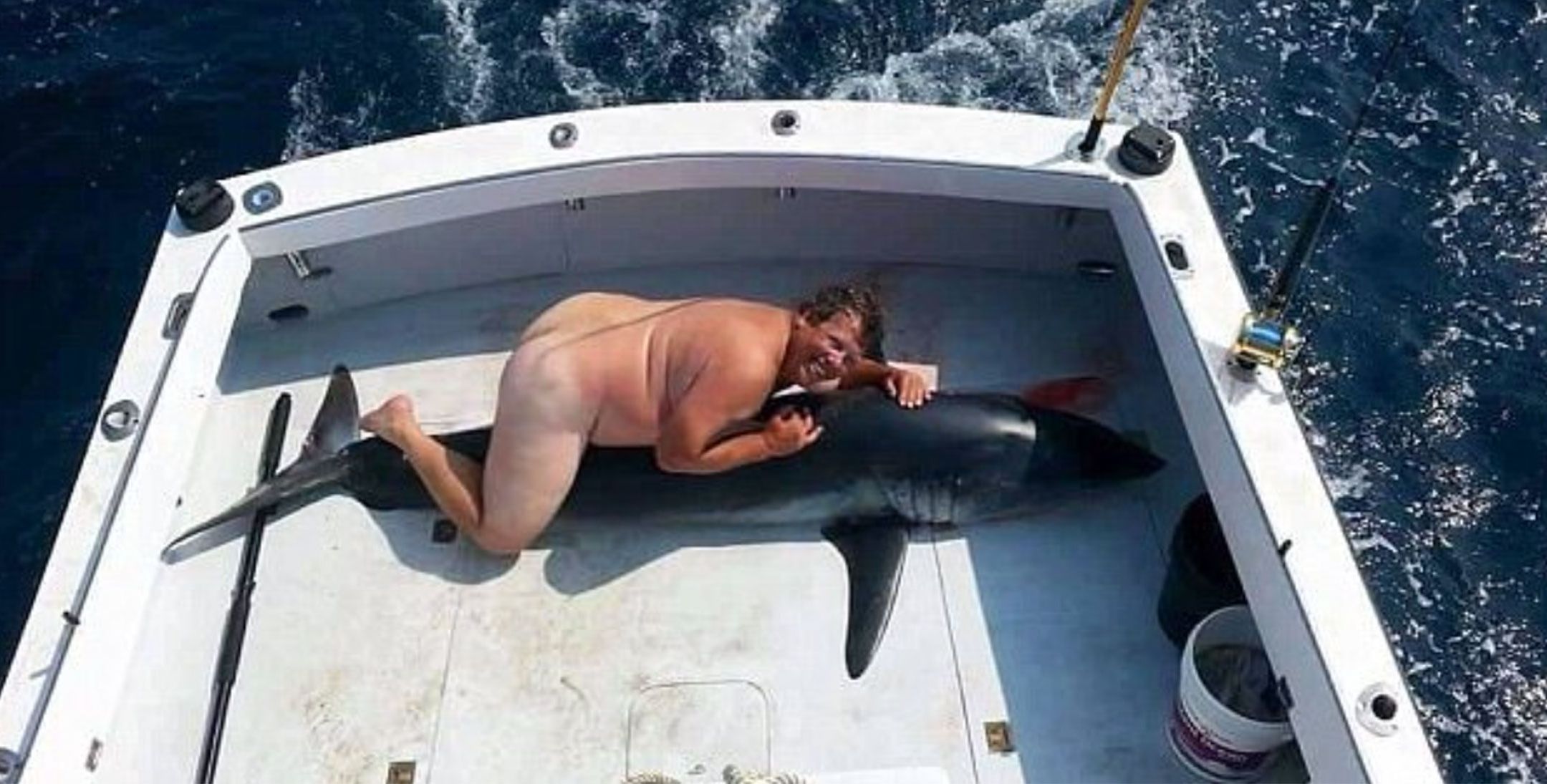 Jimmy John Liautaud is a billionaire and one of the most successful sandwich entrepreneurs in the world.

He once posted a photo to Facebook of himself standing next to an elephant he’d just shot in Africa.

But Liautaud has denied that he is the naked fisherman pictured in front of a dead shark, which went viral after it was tweeted by a TV host who called for the man to be identified.

Jimmy John’s Released A Statement Denying That Liautaud Was The Man In The Picture.

“Jimmy John Liautaud is not the person pictured in this photograph,” said Jimmy John’s CFO, James North, in the statement. “The photograph shows a young man who bears no resemblance to Mr. Liautaud.”

The company said that it had released the statement because of the number of questions about whether Liautaud was the man in the picture.

According to Jimmy John’s corporate communications team, he is also not the naked man riding a shark in this genuine and very viral photo that has been making its way across the internet for several days now.

The image, which first surfaced last week on social media, depicts a naked man standing atop a sizeable dead shark with his genitals dangling just inches from the creature’s face. It was captioned with “Jimmy John Liautaud, Founder of Jimmy John,” which led many to assume him.

Other Jimmy John’s Employees Have Also Denied The Man In The Picture Is Liautaud.

Liautaud is no stranger to killing wild animals and posing with them. He was embroiled in controversy after posting photos and videos of himself hunting elephants on Instagram.

The photo is funny, but it also raises some questions, chief among them: Who is this guy? What is he doing? And why did he choose to do that with his genitalia?

Taking action, Deadspin asked the sandwich chain if, by chance, the naked man is Jimmy John Liautaud, the chain’s founder.

Even though it sounds absurd, Liautaud has been pictured with several of his trophy kills. He looks a lot like the grinning shark-hugger in question as well.

Liautaud’s Company Responded To Deadspin’s Inquiry With An Emphatic Denial:

The man in the photograph is not Jimmy John Liautaud. We are appalled by the picture and find it offensive and inconsistent with our values.

Jimmy John’s didn’t release a complete statement per se, as it denied the allegation and moved on.

According to a spokesperson, the man in the photo “was not Liautaud, and had nothing to do with Jimmy John’s.” Deadspin seems convinced and notes that the search continues as far as it’s concerned.

In the end, it seems likely that this is simply a case of mistaken identity. I’d hate to think that a company founder would go around appearing naked in front of big, hungry sharks.

Nonetheless, there’s still the possibility that it was Jimmy John Liautaud doing who-knows-what in front of these sharks.

And if not, then there’s someone else out there prancing into shark-infested waters sans clothes. Regardless, Deadspin appears convinced that its search is over, and we may never know the whole story.

Jewel is a London based Digital Entrepreneur. CEO & Founder of TopMediaMoguls.com Jewel is also Columnist at Entrepreneur.com, Huff post