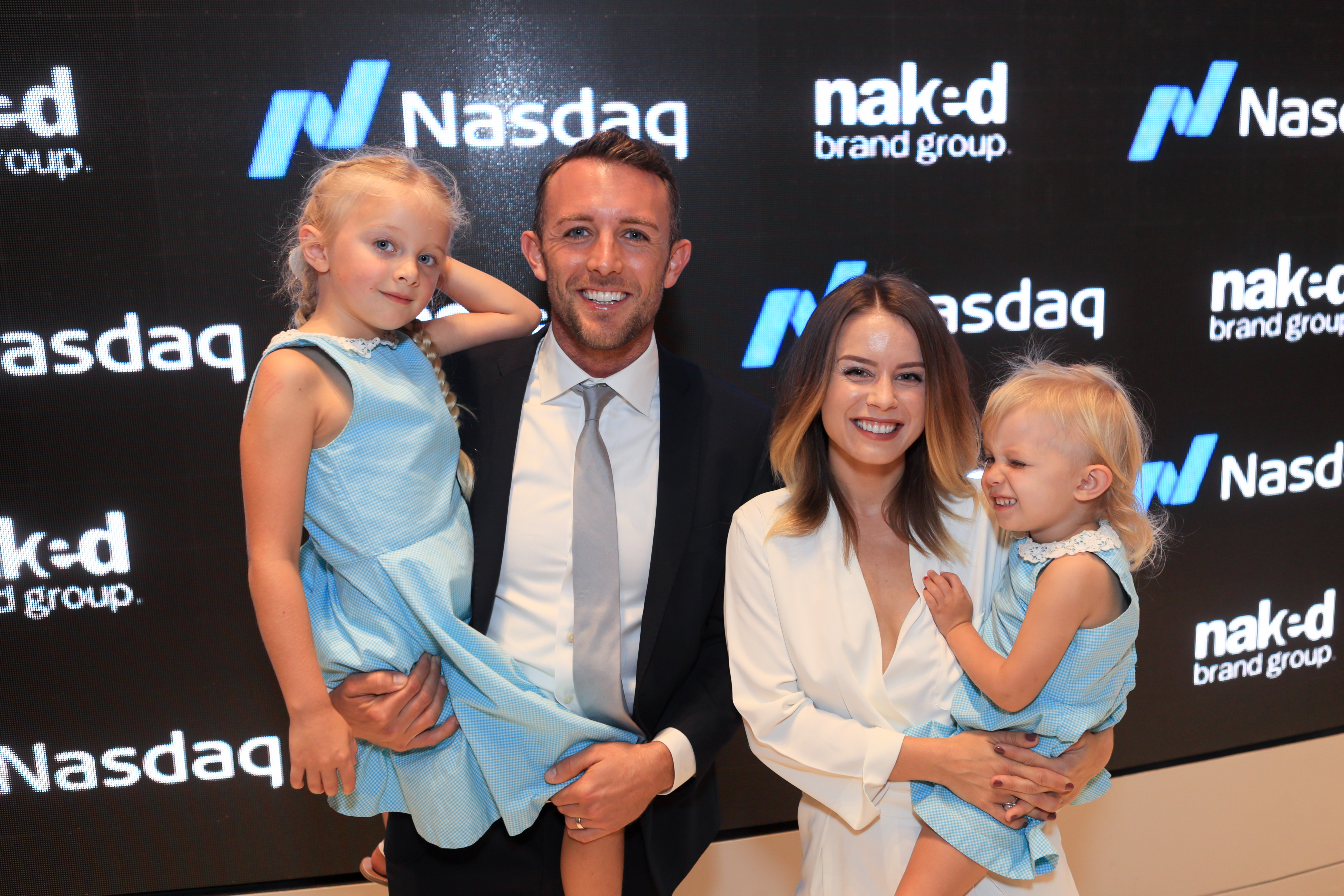 Spotting a niche in the market, he capitalized on it, soon finding his product in high demand worldwide and by many high-profile people.

Yet, little did Joel realize at the time, statistics claim that 90% of businesses fail in the first few months of their creation.

After successfully merging and selling Naked, Joel was left to wonder afterward, what was it that made his entrepreneurship path work where many others had failed?

The answer – Joel believes that his past as a long-distance runner, his philosophy of patience, resilience, self-awareness, and continuous improvement gave him the mentality that prepared him for an entrepreneur’s way of life.

Unfortunately, as Joel now coaches entrepreneurs, he often finds that aspects of mindset are missing. Yet, in his opinion, it’s the most vital for a start-up to succeed in the twenty-first century’s fast pace.

Combining all his knowledge and experience, Joel has now written a book titled, Getting Naked. Documenting his journey, failures, successes, and techniques, Getting Naked lays it all bare to entrepreneurs and start-ups.

In this book, Joel provides guidance and encourages a mindset of balance, self-awareness, and being true to yourself that many of us starting out don’t seem to encounter that often. But it’s such beliefs and approaches that could make all the difference to entrepreneurial success.

Joel’s Journey to Becoming an Entrepreneur

You could say that Joel Primus has mentally been preparing for entrepreneurship almost all his life!

Thriving on daily physical challenges, he spent his youth as an elite long-distance runner. Meeting his goals at such a young age, Joel even competed in the World Youth Games.

Perhaps it is that positive mindset, required when training morning and night through cold and wet Canadian winters, which meant seizing opportunities and working through challenges that started Joel off on the right path.

Unfortunately, as many athletes will testify to, the body will only allow you to push it so far before it starts to kickback. So, when recovering from an injury, Joel decided to experience a totally unique change and go hitchhiking across Canada.

Picking up odd jobs along the way, he traveled, saw the world, and gained experience that he wouldn’t have accessed by staying at home and feeling sorry for himself.

But little did Joel know then that this decision would be his best one yet!

It was through his many travels that Joel came across a potential idea for a must-have product. Traveling and in need of new underwear, he stumbled into a market store in Lima, Peru selling incredibly soft cotton briefs.

Amazed at the delicateness of these, Joel began to think back to his days as a runner and how much such underwear would have benefited him then.

Believing that if he could combine this cotton’s softness with an element of performance, Joel knew he could create one of the most natural of underwear solutions.

In 2008, back from his traveling adventures, Joel sat down at his make-do dining/office table and went to work on his very first product. It was here that the company, Naked, was born.

Success Is Not Always Forthcoming as an Entrepreneur

Despite what many people will have you believe, start-ups are not an overnight sensation. They are, in fact, mentally tolling, a lot of hard work, and behind-the-scenes effort.

Personally, this fact only served to fuel Joel’s drive to work harder and continue to cultivate balance and mental well being. Yet, although having fun and reaching personal goals he also struggled with mental health throughout this journey.

Day and night, he drew heavily on his experience as a runner to learn as much as possible both, about business as well as mental health, self-improvement, and meditation, as do many leaders who are turning to mindfulness. Best of all, Joel began meeting new people and working alongside those with different skills.

It was this environment, as much as his belief in his product, that spurred Joel on to continue pushing his start-up forward.

From being told he was delusional on an episode of Dragon’s Den, Joel then watched his product go global and attract the likes of NBA champions and the cream of Hollywood!

You have to know when you’re onto a good thing and believe in it, but most importantly, believe and trust yourself.

Where Many Entrepreneurs Go Wrong

For those who fail early in a business, the reasons were often blamed on anything and everything.

Yet, Joel now knows that, in fact, nothing could be farther from the truth. It’s often a straightforward issue – that of the wrong process and mindset.

Entrepreneurship is an approach to life and one that many believe your personal life and mental health play no part in – wrong!

Another issue is that many people believe lifting a new venture off the ground is a one-person job. But the reality is you will not succeed without a sound support system behind you.

As living proof of this, some of the people who started on the Naked journey with Joel remain his close friends, mentors, and business confidants right to this very day.

Joel Offers Help via His New Book, Getting Naked

Today, Joel is fortunate to be able to share with other people his life experience. This includes both such successes but, most importantly, those personal struggles and many failures that he too has made along the way.

For the budding entrepreneur, Getting Naked provides key advice and guidance, including:

The Buzz of Entrepreneurship Never Really Leaves You

If you truly embrace it, the entrepreneur in you will never go away. It’s this thought that continues to push Joel in creating and making his ideas a reality.

Today, he lives with his remarkable life partner, Janna, and their two incredible daughters, Quinn and Romyn. After a brief spell in New York City and then Vancouver, moving to their current farm setting came as a surprise to some people.

After living what looked like the high life, Joel is often asked how he will cope with the stark contrast. His answer – everyone needs a balance, especially the creative people. Everyone should be as close to nature as possible.

We all need time away and downtime to recharge our batteries and regenerate. Thus, spending his days surrounded by nature is one of Joel’s most beneficial ways to keep his creativeness and hunger in balance.

Alongside his homestead, Joel is also now a start-up consultant and a life coach. He also offers a 21 Day Online Transformation Course. He continues to travel, which is now his next project.

As a co-founder once again, this time of Kosna Travel, the company behind one of the most viral Kickstarter campaigns of all time, Joel Primus is proof that you never stop learning, yearning, or indeed creating. That is, regardless of the many failures you may well encounter along the way!

Joel’s new book, Getting Naked, is thought-provoking documentation of his hugely successful journey to becoming a global entrepreneur.

Offering guidance for those with the drive to succeed, Joel dispels the many myths of success.

Joel also gives a rare insight into what a start-up really has to contend with to make it in the twenty-first century.