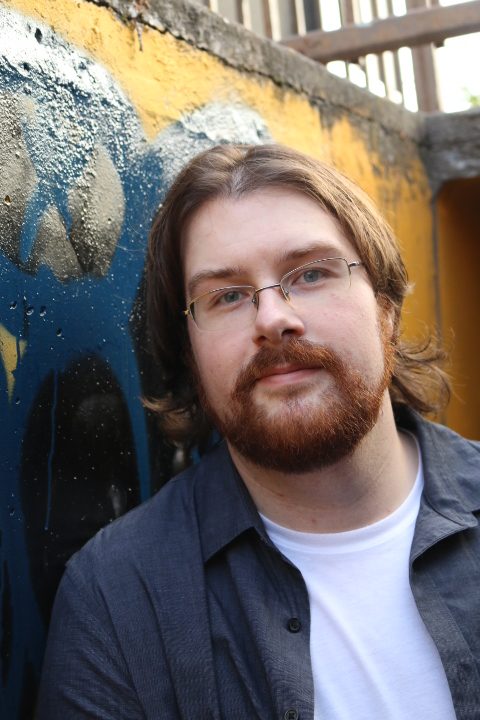 Jonathan Gower, born in 1991, in many ways leads a mundane life. He is a Taco Bell aficionado, Stargate Atlantis expert, Vegas favorite, and an all around hunk of a nerd. But he lives the dream of many. Coming from the small town of Belgrade, MT, he has managed to reach international success in the realm of film and media.

In 2017 he became involved with the film Salta, a short film that was an official selection of Tribeca Film Festival. More recently he partnered with his longtime friend Omar Parker in quarantine boredom to create a series of YouTube channels under the brand of Captain’s Log. These channels, including Captain’s Log and Captain’s Log 2: Electric Boogaloo have amassed over two hundred thousand subscribers since covid-19 took over. Each channel had Star Trek related content, celebrating the fandom and exploring the lore, while also being funnier than most would expect. “Omar huffs gasoline and watches the first episode of Enterprise,” is especially funny.

For some it was another group of lore channels, similar to Star Wars Theory and TerraMantis, but for many it was something more. There is a comradery that can be found in the comment sections of these videos. A regrouping of many old and new “trekkies” stuck inside looking for something to do.

But sad news strikes just in time for 2021. In their most recent video the team announced that they will be leaving YouTube due to the numerous copyright issues they have had. They will be moving to captainslogvideos.com, making it the new permanent home for the community. While many are sad about the news, the team insisted it will make many new videos and types of content possible. Despite all of this news, Mr. Gower’s success cannot be denied.

But what brought about his success? Not his film degree from Montana State University says Mr. Gower. He has claimed numerous times since we met that he learned almost nothing from film school and that he only went to meet people. He instead claims most of his producing skill comes from a long term love of sci-fi movies and behind the scenes footage. Gower attributes this to him being a “big ideas man” that loves writing since they don’t need nearly as much technical skill.

Gower has always dreamed of Hollywood. Growing up some of his favorite movies were Top Gun, Alien VS Predator, & the greatest film ever made, Rush Hour 2. Now Jonathan Gower is dreaming even bigger, establishing his own production company in Dallas, Texas. The company is based on making profitable and fun ideas, specializing in IP’s. While it is hard to tell what the next chapter will hold for Mr. Gower, we can be sure of one thing, it will probably be entertaining.