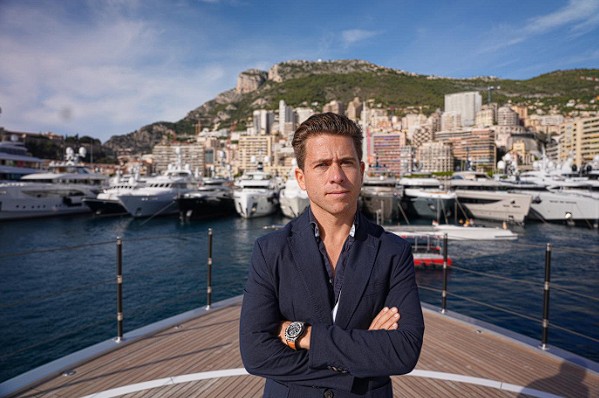 Jonny Dodge, is the builder of a visionary group of companies. As an entrepreneur, he is keen to develop his expertise in various avenues and he’s nailing the luxury travel industry. His love for adventure reflects in his work. His passion is the key to his success that drives him to push himself to make the impossible possible. The British businessman embarked on his journey in the entertainment industry by owning members clubs that soon gained popularity among celebrities. In the initial days of his career, Jonny enjoyed the limelight by getting to party with stars from the Gumball Rally. These moments were just the beginning of his glamorous lifestyle.

Jonny has outpaced in the business world. He has taken long strides in creating a persona where his name is enough to make an impact. He has focused his efforts into creating unique life experiences. Being part of the entertainment industry was just the start of his adventurous life. Later, he was given a platform in Formula 1 by Bernie Ecclestone to showcase his flair for entertainment launching GP Management, an F1 Hospitality & Corporate Travel Incentives company. The unwavering attitude of Jonny Dodge got him to launch My Ocean during covid, which focused on large Yacht Sales & Charter, that then paved the way for his success in the luxury industry along with his jet business Your Sky.

He breaks the stereotype of a typical workaholic boss and instead makes his workspace thrilling enough to relish in variety experiences and adventures. He has been part of numerous events that involve airlifting a hundred supercars and taking the first-ever tourist trip to the center of Antarctica. Now he’s planning to conquer Space with his company Space Experiences, who already sent clients to space just a few months ago with Blue Origin.

He made one of his first investments by being part of the renowned Night Club brand Aura, which again is known for being crowded by eminent celebrities. Jonny is now launching a visionary community ‘The Global Committee’ with the plan to bring the greatest minds in the World together to make an impact through an investment fund, as well as events the community will have bases around the world starting with his new mansion villa resort in Bali called Bali Fields.

Jonny Dodge’s ‘wave making’ yachting business – My Ocean, is a result of his never-ending love for yachts. He has always been intrigued by this industry and decided to give his curiosity a chance to expand by setting his feet firm to conquer the market and approach the industry differently bringing in new younger customers and focusing on crypto, which has already resulted in some of the largest deals in history.

The superyacht influencer is making rapid advancements and is effortlessly being a true inspiration. He is not only known for making the rules but also for breaking them when the need arises. He is defined as ‘pusher of boundaries’ and does not shy away from taking the risks. There cannot be a more exciting way to work than his, and we wish him a more thrilling and adventurous journey ahead.

Related Topics:Jonny Dodge
Up Next