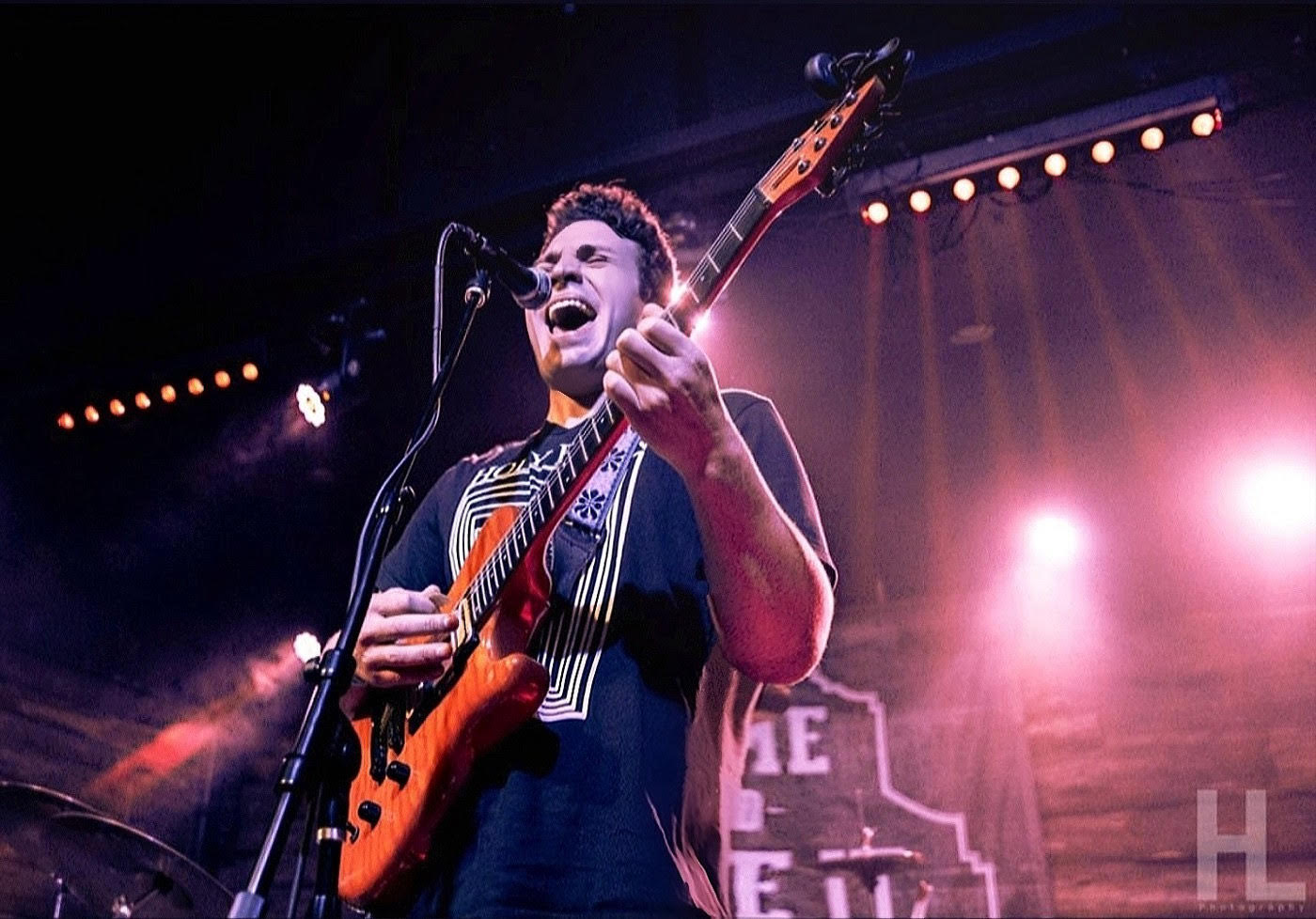 In 2011, singer-songwriter Julian Kerins was medically uninsured & working in demolition when he got a severe hernia. He fell ill with a stomach condition that prevented the use of his voice. He was mute for years. The malnourished state he lived due to his illness even prevented the use of his hands. He could not sing, nor even play the guitar. His esophagus was black and he could not speak, forcing him to communicate through text which also caused him pain in his hands. The doctors told him he had a number of months to live before becoming cancerous and dying soon after; this was until he received financial aid for a surgery that bought him a new lease on life – he fully recovered within a few months.

Despite being in perfect health now otherwise, he like many, has had COVID-19. He had it twice & nearly died the second time. Even so, he has successfully dedicated his life to creating music since recovering from his stomach condition in 2013. He has recruited musicians Michael Vetter (drums) and Michael Schuler (bass) to join him in performing for millions of viewers and thousands of fans across the globe. The trio have performed at festivals alongside MGK, Fall Out Boy, The 1975, Greta Van Fleet, and more. Though COVID-19 has forced them to cancel all festival performances and tours planned for the last quarter of 2021, Julian and his band have continued gaining traction by collaborating with their production team who has worked with Grammy award-winning artists Kimbra, The Mars Volta, and Metallica as well as major networks such as Netflix, Fox, and NBC.
Julian’s latest song “Varlet” has gotten him on the charts for 4 weeks consecutively. In this song particularly, you can hear his authenticity and technical skill as an artist who picked up guitar at age 5. “Varlet” is a blend of modern “mathy” alternative elements combined with sonics reminiscent of Chris Cornell that make for an introspective listening experience. Years removed from the illness that took his voice and threatened to take his life, Julian’s vocal control shines as he delivers from an 8+ octave range and demonstrates his talent of bursting-into and holding long notes.
With millions of listens on multiple songs uploaded to YouTube, Julian and his team are creating something really special from a visual perspective and are fully fleshing out that side of Julian’s artistry. The song “Varlet” is on Julian’s 2020 album “To Solemn Maia” which has helped him climb the charts and garner an audience that featured him on Fox, NBC, ABC, and the CW. Now that he is signed with True State Entertainment for label services and booking, rest assured Julian ​is going to continue performing, creating, and building his career as long as he possibly can.
Related Topics:
Up Next

How Baby Breeze Overcome Obstacles In The Music Industry

Cate Farrow Bags Awards For Her Role In “Station To Station”