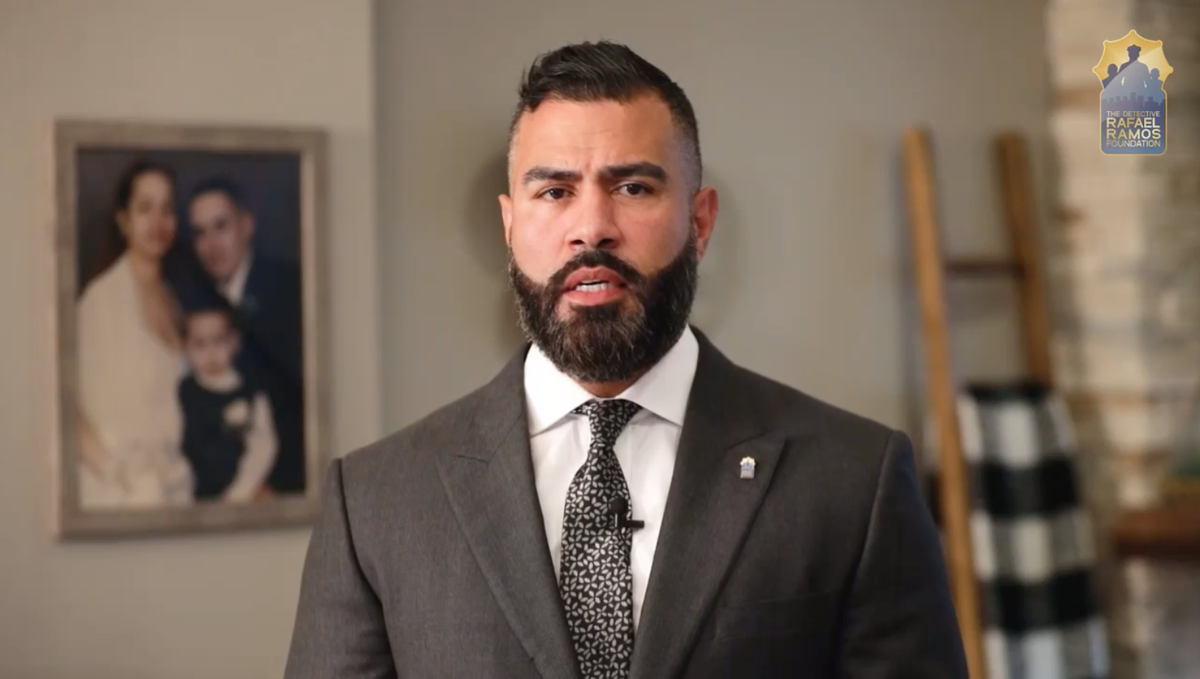 JW Cortes was born and raised in Brooklyn, New York City, to inspiring Puerto Rican parents who taught him from a young age what it meant to be a Puerto Rican in the United States and to be proud of his culture.

From a very young age, JW Cortes had seen so much violence growing up. Looking to leave those unfortunate situations, he decided to join the military. Which he then dedicated 13 years serving in the US Marine Corps. JW Cortes has also earned several military awards including the Combat Action Ribbon, Navy & Marine Corps Achievement Medals, Presidential Unit Citation, and Marine of the Year.

Cortes, a combat veteran, still had more he wanted to accomplish. After returning from the war in Iraq, he decided to pursue his dreams in the arts dedicated to acting and singing.

For the last 14 years, he has been pursuing his dream, being the first actor to portray the DC comic book character ‘Detective Carlos Alvarez’ on FOX’s primetime hit series GOTHAM.

Seeing Both Sides of the Community

Growing up, Cortes remembers some of the complaints his community would say about police officers: “None of these cops know what it is like for us to be out here. We got nowhere else to go. They don’t even look like us, they don’t even sound like us. They’re not even Latinos.”

Starting his transition from combat veteran to a police officer, Cortes was hoping that he could connect with his community. That it would be the factor where he would be able to represent his community truthfully and organically, says Cortes.

However, the response was another. Cortes shares he has learned that although someone has a good intention, sometimes some people can’t see past the uniform, even his own community.

As events in the country have happened, it has divided the community from law enforcement. “As much as the media shows the police versus them and them versus the police; at the end of the day, people don’t want to see the police being executed. The same way I never want to see another George Floyd incident,” says Cortes.

Cortes continues sharing, “I can be for both and not be subjugated into one extreme or the other, and that’s where we lose a lot of our people and our voices.” He believes when all parties come together, law enforcement and the public, into meetings which will benefit both parties, no one loses.

On December 20, 2014, Detective Rafael Ramos, along with his partner Detective WenJian Liu, was assassinated as they sat in their patrol car while on duty simply because they were police officers. The non-profit organization was founded five years ago by Detective Rafael Ramos’ widow, Maritza Ramos, after the senseless murder of her husband.

Today, JW Cortes is the President of the ‘Detective Rafael Ramos Foundation’ which is on a mission to both educate about the dangers law enforcement officers face, as well as supporting and helping family members who have experienced a loss of a family member whose profession is in the law enforcement. JW was recently selected by its board of directors to become the new president of Detective Rafael Ramos Foundation and he plans to continue their mission to ensure that young urban kids’ first experiences with law enforcement are positive ones and to develop a positive relationship between inner-city communities and the law enforcement officers that protect and serve them on a regular basis.

The foundation honors the memory of Officer Rafael Ramos, who, along with his partner, Officer Wenjian Liu, was murdered in the line of duty in 2014. Both officers were promoted to detective after their deaths.

“Since its inception, we have worked together tirelessly to create a meaningful and impactful relationship between our community and our police department,” she said. “We have continued to spread our mission statement that expresses our desire to ensure that the first encounter a young person has with a police officer is a positive one.

“JW has demonstrated to be a man of character and his word. He has helped our foundation grow and has strengthened its mission. I trust in his leadership and have full confidence that he will continue to honor my husband’s legacy and help us unite our community and police department.”

“In the darkness, the foundation will continue to be a lighthouse in the middle of the storm,” said Cortés. “Today and perhaps more than ever, during this unprecedented time, I am honored to lead the critical work of our foundation, which remains empathetically united with our communities and with the members of law enforcement.”

The Foundation is on a mission to develop more positive experiences and relationships between the community and the law enforcement officers.

Advice To The Next Generation

JW Cortes: “Be mindful as a young person; don’t put yourself in a situation where you get arrested, keep your education going,” shares Cortes, for kids who are interested in becoming law enforcement officers.

JW continues to say that you have to have the desire to affect and create an impact even if it is one person. Cortes says, “it is important to be the change,” which he continues to use in his social media (#BeTheChange). JW empathetically advises young kids who want to become police officers, to “be the hero you never had, for someone else.”

Due to the protests targeted to police officers in different parts of the nation, Cortes’ advice reigns on coming together. “There has to be maturity, empathy, and willingness to see from both sides,” says Cortes.

What Does “Disrupt” Mean To JW Cortes?

JW Cortes: “Disrupt is the future; Disrupt is necessary, it’s timely, it’s efficiency, it’s a movement; it is the meshing of 2 components of your success. It is culture, financing, entrepreneurship, grassroots, it’s today,” says JW Cortes while describing what Disrupt meant to him.

You can connect with JW Cortes on Instagram @jwcortes

You can learn more about the Detective Rafael Ramos Foundation at https://www.detectiverafaelramos.org/

Learn How Innovative Musician sketchmesome Is Transforming the Music Industry