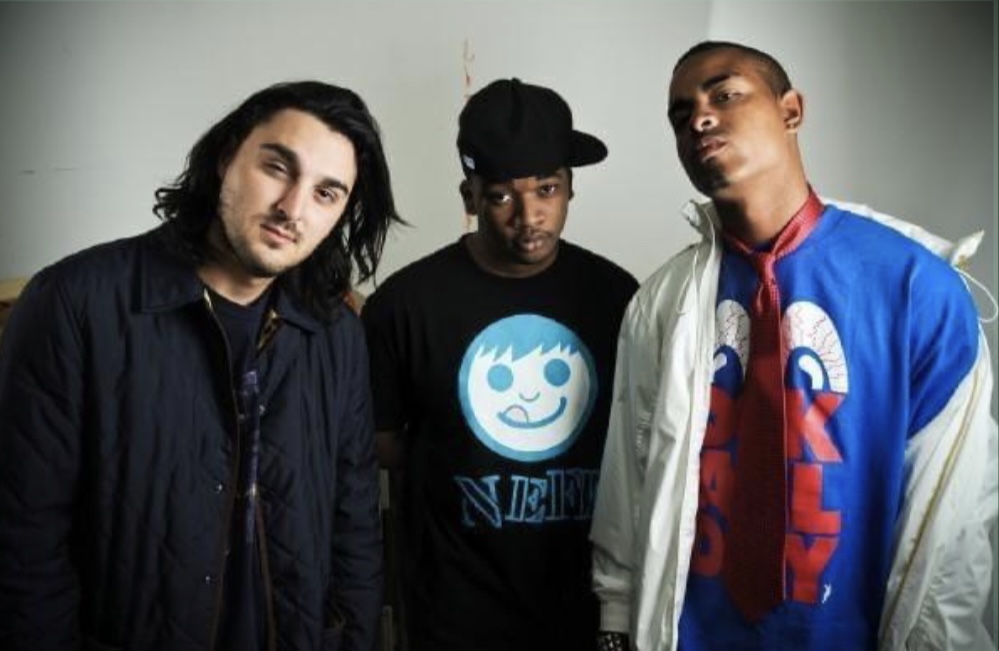 Who could’ve imagined, what began in winter 2008 for then mixtape dj Dj Youngin Beatz, would turn into a life-long skill which now has Keith “Youngin” George II regarded as a phenomenal dot connector in the entertainment industry.  As a mixtape DJ, Youngin was already known in the greater San Antonio area as a tastemaker and music empresario making a way for independent artists. A sneaker head by passion, Youngin was strolling in the North Star Mall, when he made a stop at a Zumiez, (A fashion apparel company specializing in skater and urbanwear) and saw the Neff Brand shirts and hats.

Immediately upon browsing the racks of Neff gear, Youngin thought of an ingenious idea. Youngin thought, what if I could convince the Neff Brand to sponsor and support urban music artists. Such a task wasn’t outside of the realm of possibility; hence, Lil Wayne, Ice Cube and Snoop Dogg had already broken the seal by gaining sponsorships from major brands in apparel.  Youngin noticed that the Neff brand had a look and feel that would be appealing to the urban wear market; however, how could he reach someone at Neff. As Youngin inspected the gear, he noticed that the price tag had a number to the corporate headquarters printed on the label.

Youngin made the phone call. “Hello, can I speak with Mr. Shaun Neff,” Youngin asked the receptionist on the other end of the line.  To his surprise, he was patched into the founder, Shaun Neff. After exchanging pleasantries, Youngin proceeded to pitch the idea of the Neff Brand working with musical artists to appeal to the urban market. To Youngin’s surprise, Shaun Neff and the Neff Brand were already sponsoring pro skater/rapper Terry “T.K” Kennedy, who was in the group Fly Society with rapper Curren$y. Besides working with Terry Kennedy, Shaun had no real knowledge of how a co-sponsorship would work with the likes of a musician.

After discussing possible scenarios with Mr. Shaun Neff, Youngin asked, “Would the Neff Brand be interested in releasing an All-star mixtape as a way to attract the urban audience”.  Mr. Neff agreed and turned the project over to Luke Ceballos, who was conveniently located in Austin, just 90 miles from Youngin’s base of San Antonio. Luke Ceballos was a Neff Rep the Southern region (also DC Shoes territorial mgr) by him working with rapper Curren$y personally. The introduction between Curren$y and Youngin was soon made, and after the details were discussed about Neff wanting to incorporate Fly Society as the main act, he was personally on board to do the mixtape project.

With Luke Ceballos working the budget, Youngin began the task of reaching out to A-list artists to compile a roster of dope rappers and producers. Youngin was able to secure the likes of Yung Berg (Hit Maka), The Cool Kids, B.O.B. and artist/producer Erick Arc Elliott recently with the Flatbush Zombies and other artists. In the process, Luke became a mentor to Youngin, in which he credits his keen knowledge and ability of connecting some of the biggest deals working in the recording industry. “Luke Ceballos showed me how to network, negotiate and connect with star talent with a level of respect that I carry with me till this day”, states Youngin.

On October 10th, 2010, Luke unexpectedly passed away. The void of Luke Ceballos stalled the mixtape project; however, the works Luke and Youngin did inspired Shaun Neff to bring a marketing music department.  To this day, the Neff brand has gone on to have sponsorship arrangements with mainstream artists 2 Chainz, Snoop Dogg, Future, Deadmau5 , Wiz Kalifah and Disney. In 2015, Shaun Neff announced a underwear collection in partnership with NBA Superstar Kevin Durant. Today, the brand that started in 2002, is highly successful and sold in 45 countries.

Keith “Youngin” George II, formerly known as Dj Youngin Beatz pays homage to his friend and mentor, Luke Ceballos and attributes his success as a dot connector in the entertainment industry to Shaun Neff for believing in him and giving him the opportunity of a lifetime.

‘Heavyweight’ “TOP NINJA” is Back in the Studio

Nicole Jolie’s Lyrics Resonated With Listeners, Who Adopted the Song as Their Own and Propelled It