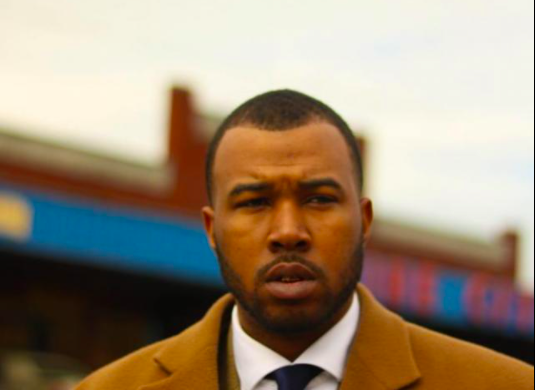 Known for his music collective, the ‘9ER’, King Bogus is a hip-hop and R&B artist from Savannah, Ga. Born in a family of creative people, music has always been part of King Bogus’s life. He states that his mother’s singing and being a part of a band back in her days made me curious about music too and pushed him to create songs.

He mentions that his daughter and his parents have a special place in his life and he appreciates their role as his inspiration. He further shares that his music is influenced by artists such as Jay-z, Drake, Eminem, OutKast, Jodeci, Big Fraze, Dru Hill, and last but not the least, Michael Jackson.

King says that his style of music is a mix of R&B and 90’s rap and lyricism. He believes that his music should touch the emotions of the audience and every word in the song must mean something.

When asked what he would be doing in life if not music, he says, “If it wasn’t music, I don’t know if I would be the person I am today”. He shares that he started writing when he was in 5th grade and had suddenly lost his grandparents. All the emotions he had bottled up inside were vented out in the form of writing. Thus, writing became his outlet to move ahead.

We were also curious to know how he realized that music was the way forward. To this, he shared his childhood and connection to music. Being born in the ‘90s, he was introduced to the world of rappers. He talks about an incident that changed his life. During a performance, his music was cut but the crowd kept reacting to his rapping. “It felt like a dream. It felt like everyone was a rapper but I was an artist,” he stated. He was 17 then and it was at this moment that he knew music was the way for him.

After finding his calling, he concentrated on networking and branding himself. His ‘9er’ movement is famous in the city. King surrounded himself with people who believed in him, launched his merchandise and stayed versatile in his singing. Due to his performance experience, he is often contacted by people directly for booking. But he still stresses on the importance of networking and socializing with people either at the venues or setting up meetings through social media.

King Bogus has worked with some big names in the industry including Lil Baby, Bando Jonez, Bangladesh, Summer Walker, and YK Osiris. He was also given the title of Top Artist in the City of Savannah thrice. King has performed as a duo once and twice as a solo act.

In addition, he was named Mr. AUC in the Atlanta University Center on the basis of his incredible rapping abilities. He also bagged the winning title at the Atlanta Hip-Hop Expo.

A devoted father, King believes in sharing a message with his followers with his music. His aim is to spread the message, “whatever stage of life you are at, someone else is feeling that too. You are not alone even when you feel you are”. He believes in- Enjoy the good times to the fullest, you only live once!

King differentiates himself from others musically with his choice of song composition and concepts. He shares that he likes to create an ambiance but also wants to keep everyone intrigued. To keep things interesting, he chooses to keep his songs multifaceted. “In one song you may hear my R&B side, my hip-hop side, and even my comic side,” he shares. Upon asking about his plans and goals for the upcoming years, he says, “My goals are to have a gold record or album. I also aim to be nominated for an award on a major platform”.

By the end of it, we were excited to know about his latest release “Feb-15th”. This album is for making the day after Valentine’s Day an official holiday. The album focuses on the loneliness which comes along with not being someone’s first choice. He further states, “In my opinion, it is a fleshed out concept throughout the album. I wanted to make something that was real, not just something that was cool”.

The hip-hop artist likes to claim himself as a huge gamer and a basketball enthusiast. He plans to start a Twitch channel soon too. King is on social media channels as King Bogus- The Monarch.

Aryan Shukla: An Entrepreneur and an Outstanding Artist