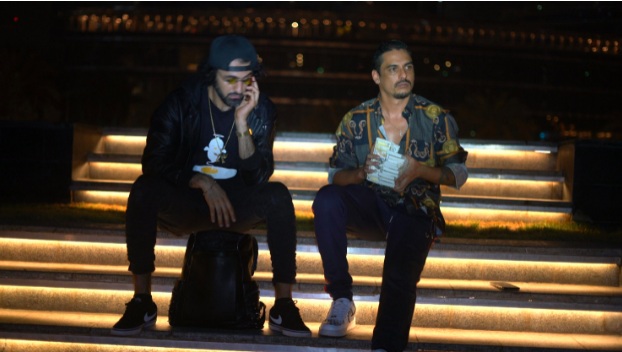 We are currently living through the prime of the “reggaeton” genre.

Diego Bolivar aka Kio Dj born and raised in Bogota Colombia, well know musician and music producer has been chosen as the ambassador of Reggaeton and Urban Latin music in the Middle east.

Back in 2000, before “Gasolina” made Reggaetón a worldwide phenomenon, Kio Dj and his friends where already working in the underground scene between  Bogota and Medellin making the first steps and open the roads to the incoming artist and singers  in Colombia, but not body was prepared for the boom that will come years after the Colombian artist  conquer  the world  such a J Balvin, Maluma, Karol G, Manuel turizo,  But things are much easier today than years ago, when there were no social networks, Spotify, Instagram  or YouTube.

Reggaeton is currently the leading musical genre in the world, which is no longer something exclusive to Latin people now is done practically in all parts of the planet and here is when Kio Dj take place in the middle east helping the Djs and Clubs to recreate the reggaeton nights that take place in South America and the Caribbean.

Reggaeton was initially founded in Puerto Rico during the mid 1990s. It has been influenced by Latin American, hip hop and Caribbean music. Reggaeton is one of the most popular music genres in some Spanish speaking countries like Panama, Puerto Rico, Cuba, Dominican Republic, Venezuela and Colombia.

Kio Dj got his experience being Karol G’s DJ Back in 2005, traveling and taking the Reggaeton to all places in South America and Europe at the beginning of this musical genre, he is now considered as expert and music curator of reggaeton.

The Middle East was a place where hip hop and electronic music predominated, but now with the help of a new group of Latin and European DJs the genre has grown in the city of Dubai expanding to almost all Arab cities, artists like Nicky Jam and Maluma have performed at the city thanks to this boom of Latin music in The Dubai nights.

Now Kio just release his new song and video clip in collaboration with Dj Sadcat and McMoneyplus “Money” a song that tells exactly what it means to get ahead, be successful and reach all corners of the world with music. This song is now currently in the new hot songs in the urban music chart.

Sharrod Mariner – A Popular Musician and the Successful Entrepreneur

Top Marketplaces to Boost Your Ecommerce Business in UK