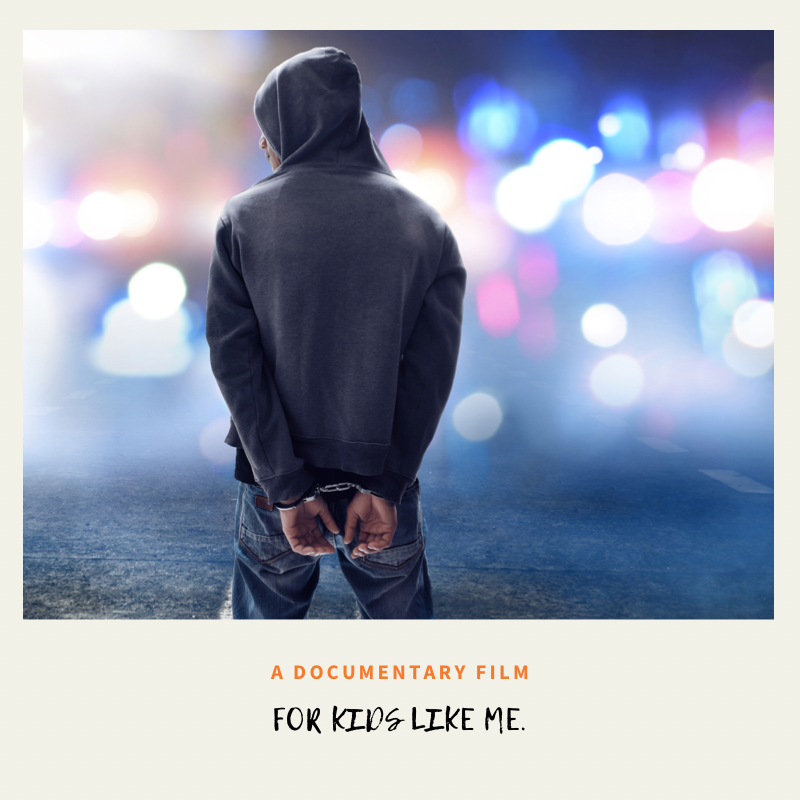 Actor and Filmmaker, LaDàna sat down with me to share the inspiration that led to ‘For Kids Like Me’ – a documentary film project presented by a 501(c)(3) nonprofit organization she founded: MyFairyGodParents.org. The film is in pre-production and slated to begin filming in the summer of 2021. Her daughter, Anye Young, wrote Teen Guide to Living With Incarcerated Parents and the book made her realize that the full story needs to be told. For Kids Like me (#FKLMdoc) is her directorial debut and her way of paying it forward. She answers a few questions to briefly introduce the film.

So, let’s jump right into these 4 questions. #FKLMdoc… What makes For Kids Like Me a documentary to look out for?

It’s time. Actually, it’s past time. I’m directing this film to share my daughter’s journey as an advocate for racial justice but this is a project that has been on my mind and in my heart since I found out her father was incarcerated and he wouldn’t have his freedom again until she was pretty much graduating from university. #FKLMdoc tells the story of the teens and young adults impacted by an unjust criminal justice system. And it tells the story through the eyes of kids who, in a real sense, are prisoners on the outside. Anyone who feels like there isn’t a problem in the U.S. with legalized slavery — aka the prison system — should watch this film. Anyone who is a caregiver of a teen who is shutting down and simply refuses to talk about the mental anguish that comes with having a parent ripped away for a sentence that doesn’t match their crime should watch this film. Any child who, whether it be a small child or a child who is now an adult with a parent still in prison should watch this film. There are several perspectives and all of them are equally important and that’s what makes this film like looking in the mirror and realizing change has to come for these kids and it has to keep its momentum. No more sweeping things under the rug. There are millions of children with incarcerated parents and they need to be considered too.
Wow… That’s deep. And, I know this film isn’t released yet so you can’t share too much. I’m definitely with you on a lot of what you just mentioned. Especially the fact that kids need to be considered. Can you share a few key topics you plan to explore in the film?
Two that I can share without giving too much away: the power of speaking up and the importance of knowing one’s history. As the caregiver to a teen who has a father in prison, I want children whose parents are in the same situation — serving prison sentences that don’t fit the crime — to still reach out to their parents and keep the lines of communication open if they feel strong enough to do so. This isn’t just for the parent’s benefit. It’s really more so the kids can learn the history behind their parent’s circumstances and use it to fuel their fire. And, I am featuring kids like my daughter who find the courage every day to not only challenge the narrative but become the great leaders that we all have the potential to be. There seems to be a disconnect in how we are viewed when it comes to skin color and the size of our bank account. We all have the same potential but not always the same opportunities. We have examples of Black people who have done just that; they challenged the narrative. Let me just say this,… I read a Forbes article where Swizz Beatz describes Jay Z as, “A guy that looks like us, sounds like us, loves us, made it to something that we always felt that was above us.” That’s the point… Swizz summed it up in this quote from that article: we have people that look like us who didn’t let anyone tell them that the sky’s the limit. It’s not. We can go so much further with the right village around us. A proper support system and a justice system that’s actually just.
What other issues do you see as important to you as a filmmaker?
Honestly, I want to share real stories about real people. That’s my way of saying, as a filmmaker, I am more concerned with presenting lives; not just characters. If I cannot relate to it on a human level, it doesn’t seem applicable or have much impact in the long-run.
How can a potential collaborator or investor get in touch with you about supporting #FKLMdoc?
The best way is through email or social media. The official website for the film is www.ForKidsLikeMe.com and our email is there along with more information about the film. I’m also on Twitter @NanaLaDana.
Related Topics:
Up Next