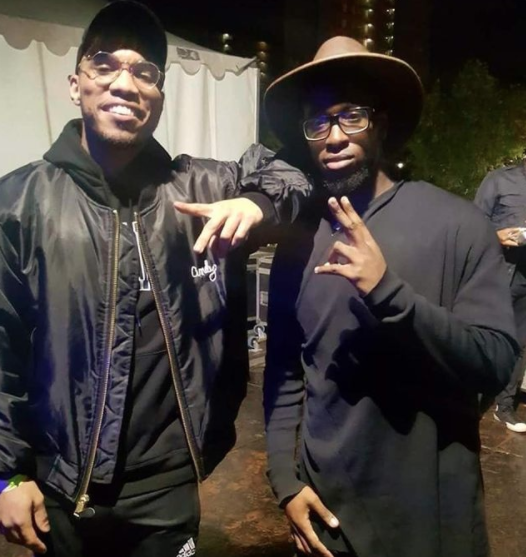 It was a big eve party we had a blast. At this moment he was on tour with my dear Blitz The Ambassador and we played just before paak it was powerful, great energy, thousand of people as usual. I really love to play in this festival. Paak and me both liked each other as drummers it was a great life moment we shared together” Lawson is a singer, music composer, and drummer, he loves to play drums for the age of six drawing inspiration from the drum players he saw around him. His first contact with the instrument was in a church The “Focused” Project More about Lawson Jr Music on Instagram.

The Talented Lawson Jr’Music And His Passion For Music

Lawson is a drummer, vocalist, and composer who has been playing drums since he was six years old, gaining inspiration from the drummers he observed. He first encountered the instrument in a church.

He spent two years in the United States, namely in Virginia, at the age of seven, performing in a gospel convention named “The Calvary Pentecostal Campground.” Reverend Ruth Ward Heflin led this gathering of roughly 3000 persons. Lawson served there every night for the next two years, marking the start of his professional career.

When he came back to France, he enrolled in the “Les 3 notes” drum school, which is associated with the HSMA (Hohner Sonor Music Academy) and headed by Alain BEMER, his sole teacher. LawsonJr was skilled to take advantage of these possibilities, which allowed him to advance in his career; he earned numerous grades in the subject, including a national first mention.

Lawson, a passionate artist, is living his dream, which he is gradually realizing. His primary activity is to share his enthusiasm for music through performances, recording, and producing studio sessions, as well as lovely meetings and musical collaborations on a national and worldwide level. But nothing sums up his devotion more than the creation, implementation, writing, and interpretation of his artistic project, The “Focused” Project. Don’t forget to visit his Instagram page at https://www.instagram.com/lawsonjrmusic9/.

About His Excitement For Music

Lawson Jr. is well-known for his musical compositions and activities. His main activity is to share his love of music with others, primarily through exquisite musical collaborations and international and national-scale meetings. He works with top-notch musical compositions. For him, life is a gift from God, and everyone should savor it to the fullest. Our efforts and dedications make us professional and motivated to pursue our objective, and he said at one of the events when questioned about his celebrity.

He is a fantastic drummer who believes that the pulse of all bands is the drummer and that drummers are known for having more pieces of equipment than everyone else in the band. If you’re new to music, you’ll need to learn how to master your drum set, which is appropriate for beginners. It might be a daunting job for you to achieve popularity through your musical talents. This is one of the most significant aspects of your music performance in the music business.

Drumming, according to Lawson Jr, is an art form. The use of musical equipment is increasing day by day as technology advances. As a result, most artists choose to utilize various instruments since they are simple to use and perform. It also has a range of features that might help you achieve more professionally. However, having a passion for music might set you apart from the crowd.

Final Words About This Passionate Artist

You will adore his musical performance, tone, and other aspects. As a drummer, he generates tones on the drums, which distinguishes him from other musicians. He claims that if you beat the drum without practicing, it will become a bothersome noise. Fortunately, the drums make less noise, which is less damaging to the ears and nerves. He learned this talent of creativity via his enthusiasm and love for music. He continued to practice and make melodies with these drums because of their dynamic nature. It assisted him in producing professional-sounding recordings without the need for preamps or microphones.