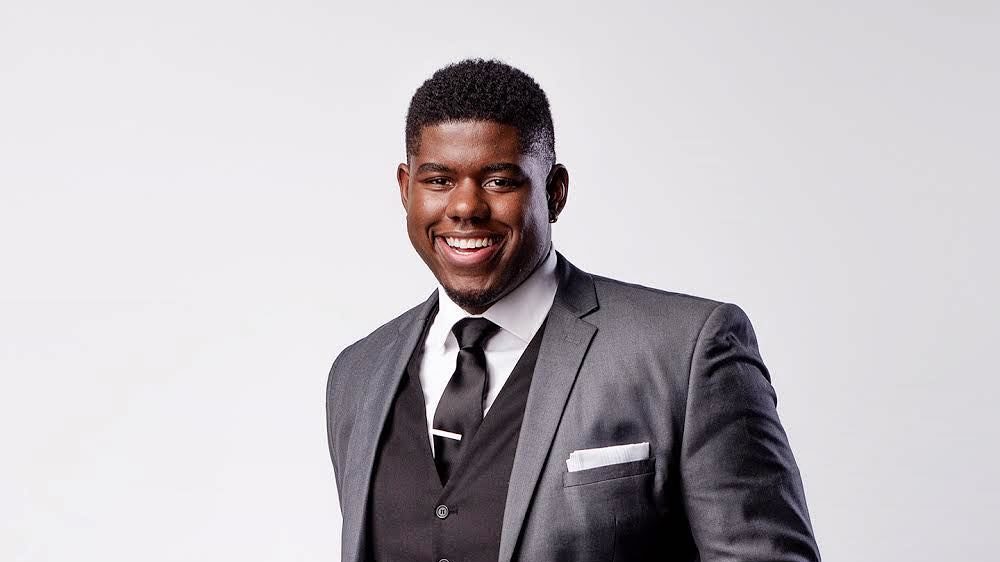 I knew that I wanted to be successful at a young age when My dad came to me before he went to New York and he said to me: Andy, question for you: I’m going to New York to buy clothes, what do you want me to get for you?

I said: Dad, what I really want you to get for me are the new Nike Air Forces with the velcro strap. He looked at me and he said: You got it, I’ll get them for you. He went to New York for three days, and I was excited over the course of those three days. I was thinking about how my friends were going to look at me, how I was going to be the guy at school that was going to have the fresh sneakers over everyone else.

Three days past, my dad came back with a bunch of bags. I went through all the bags looking for the new Nike Air Forces and for some reason I couldn’t find them. I went to my dad and I said: Dad where are the Nike Air Forces?, he said he didn’t get them, he didn’t have enough money. I was frustrated and I felt that I was down on my luck. I them decided, you know what? I’́m not going to just sit down and be down on my luck. I’m going to go and work for it.

The person said yes. As excited as I was, I got my first ten dollars. I went around the neighborhood, knocking, and knocking, and knocking on doors, and out of dozens of doors, sixteen said yes, and paid me ten dollars each. Therefor, I made one hundred and sixty dollars. So excited that I made one hundred and sixty dollars I went home to iron the money. I put the money on the bed, laid each bill down, grabbed the iron, plugged in, and pressed out the money so it all can be flat. But the first thing I did not do was buy the sneakers. The reason why:  was because I made the money on my own.

However, in my mind, I then learned that in order for me to get what I want I must work for it.

This happened at a young age. Fast forward to when I was eighteen, in highschool, a senior. I wanted to generate additional income more than the hourly income I made working at Wendy’s. I was working at a Wendy’s fast food restaurant and recognized that this was not for me because my income was cap at seven dollars and forty cents per hour, and I knew I wanted to create more income. So, I have to learn to do what income producers do, which is sell and make money by the transaction.

I went and I learned how to sell. I applied for a job at MetroPCS which is a cell phone communication company and got the job. Within six months of being at MetroPCS out of fifty employees I rose to be number one.  And with that being said, being so young, the owner of the company came to me and asked me if I wanted to become a manager so I can share how I became number one with other people. The owner gave me a chance to lead. I took that opportunity and I started working at the slowest store in the company. I increased sales in that slow store and the owner of the company transferred me to the now new slowest store.

And with the new slower store I was far from the owner with four employees that were all older than me. I was this eighteen young boy who was leading people age twenty five, thirty five, thirty six, and thirty eight. My job was to take that slow store and bring it up the rankings. I took this opportunity of a lifetime in the lifetime of that opportunity. Through diligent training and my general talents of sales and marketing, I took that store from being the bottom twentieth store to being number two in the entire company.

At nineteen years old, someone who believed in me, six months later from bringing the store up to number two, suggested that I open up my own cell phone business. I took that idea and said to him: Hey man I don’t think I should be my own boss because I’m black, I’m overweight, I’m nineteen years old and I am a college drop out, there is no way I can be successful. And he looked at me and said: I believe in you to do this and I will even quit my job to do it with you. I looked into this man’s eyes, with his belief in me I said: you know what? Let’s do it. I put my three weeks notice in, at my manager position in MetroPCS and within twenty one days I opened my first business. Working every single day for an entire month we generated just about six thousand dollars in sales, which was just enough to pay the rent and just enough to give me twelve dollars and fifty cents to buy a sub from Subway. However, I did not quit and I persisted.

Within six months from opening, I generated $106,000 and I was in awe when I saw the money at the end of the six month time frame. I set myself up to have a goal to 10x that target. I wanted to go from $106,000 to $1,000,000. Within 18 months we did just that. A million dollars by growing the business to four locations and bringing in fourteen employees.

I was 21 years old, operating a business with fourteen employees who were, some younger than me, and some older than me. I took that money that I made and I said I wanted to try something different, I move to the West Coast. I came to California with a Dream: to do something big, to change the world. One day I was running on Figueroa Street, in downtown Los Angeles.

Within a day I received a phone call from the sales person inviting me to become a speaker, the investment was $5000, I have never spent anything over $5000, besides my business and a car. However with the belief in myself I said: you know what? I’m going to invest in myself. I invested and flew to Miami.

I saw Les Brown, and after seven tries, I persisted to become part of the tour that Les Brown was hosting. I had to try seven times until they said yes and on the seventh time, when they said yes, I was shipped to Orlando to start the tour. After a year of learning the business of speaking and travelling around the country speaking I then decided to teach other people to become speakers. And now I train presenters around the country in how to grow their businesses by presenting in front of large audiences.

In addition to that I train small business owners how to grow their business’ footprint in a marketplace that is saturated with information that is against their business.

If someone wanted to emulate your career, what would you suggest are the most important things to do?

If someone were to emulate my career the most important thing they must do is get mentorship.

The reason that I’m able to experience accelerated progression which is essentially growing at a rapid pace in comparison to the average is because I’m able to overcome road bumps and challenges quicker than everybody else. I made a comment today when I recorded a podcast interview where I said: If you want to travel one hundred miles outside of your city you have two choices. Choice number one: Grab your finger, lick it, put it in the air and see the direction of the wind and hope for the best as you travel, or choice number two: Use Google Maps.

I want to get to the destination before everyone, as soon as possible, so I can experience that level of success and continue to progress. If you want to emulate my career you must get yourself a mentor, somebody who has already done the path, somebody who can show you the road bumps that are ahead, show you the challenges that are ahead, and show you how to overcome those challenges by their story and by their career. Get yourself a mentor as soon as possible, if you want me to have me monitoring you simple visit www.ProgessionMonthly.com and join my monthly mentoring program.

What are the most exciting projects you are working on now?

I am excited to announce and share some of the projects that I’m working on. I am currently producing a 13 City Tour of The Progression Conference where I’ll be travelling to 13 cities as well as doing a 12 High School Tour where I’m going to high schools and give back to the high school’s juniors and seniors.

In addition to that I’m working on starting a new product suite which is a line of products that’s going to support small businesses owners who are generating $100k+ and want to scale to $1,000,000. These systems are going to allow people to truly revolutionize their lives so they can really experience freedom.

My philosophy is that you must increase your finances first so that way you can take care of your family and spend more time with your family. And with all that combined, this is what freedom is: when you make enough money that you can spend time with the loved ones that you have, because I recognize that life is very short and if you want to live the best life that is when you have the freedom to do what it is that you want, when you want to do it, with whom you want to do it.

Also I’m opening up different brick and mortar businesses in the State of California. So, I do have a lot on my plate, and instead of procrastinating and experiencing fear I’m leaning into everything that is allowing me to thrive.