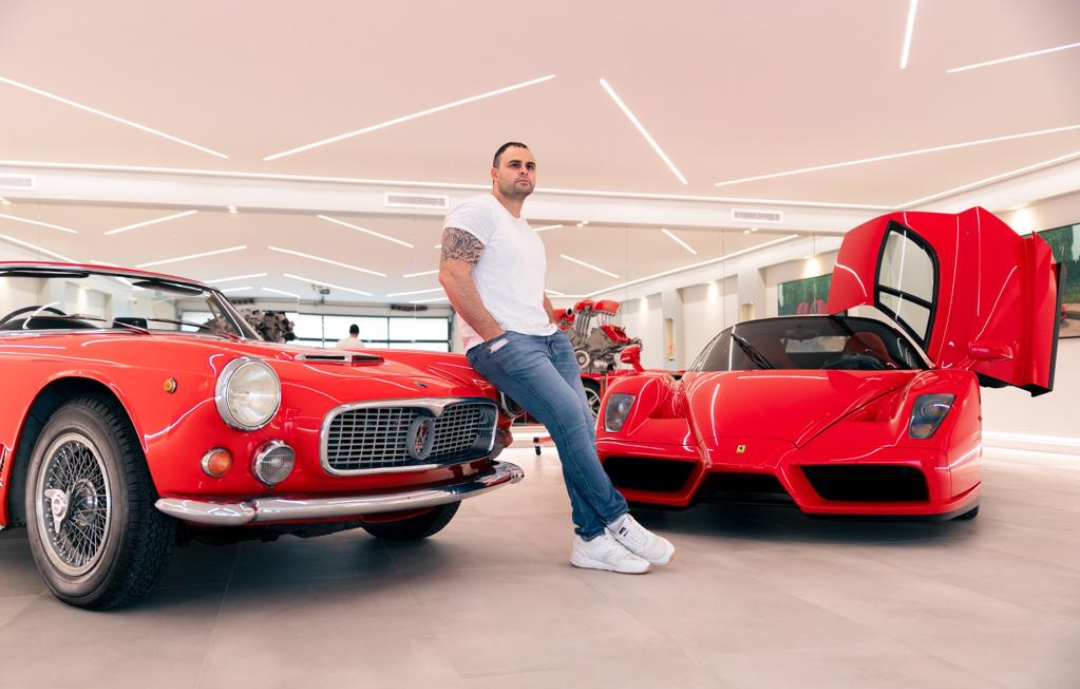 Cars are a passion for a lot of people in the world. And that is why, car shows are one of the best treats for car lovers and enthusiasts. Lecha Khouri is the host and founder of the automotives car show Supercar Advocates that takes the audience on a journey of the entire experience of buying and then riding top cars in the world.

Lecha Khouri is a well known businessman, car show host and car collector who has made his name in the international car communities through his sheer talent of connecting to his viewers. Lovingly known as Lee, Khouri has an enviable car collection that consists of restored classics and modern supercars like marque Ferrari, a couple of Porsche 911’s, Lamborghini, Bentley, a single Maserati and his forever favourite, the Ferrari F40.

Lee’s inclination towards cars developed while he was still a child. He distinctly remembers that the first supercar that entered his family was his father’s 1993 BMW 325i coupe. Growing up, Lee saw the BMW with a lot of longing and sometimes even drove it. He says that at 21 years of age, he found a pre-owned Ferrari 360. While his work at that time didn’t pay much, Lee ignored all the excuses and worked extremely hard. Eventually, he got the Ferrari. This was the beginning of Khouri’s obsession with collecting supercars.

As of today’s date, Lecha Khouri is the founder and host of the automotive car show Supercar Advocates. Talking about the show, Lee says, “Supercar Advocates is not just a show for me. It is more like a medium that lets me channel my passion and obsession for cars in a way that is value adding, entertaining and informative for my viewers. My crew and I buy various supercars and drive them, all the while explaining and showing to our audience the whole experience, feel and quality of the cars. To be honest, it is very adrenaline inducing and I love every bit of it.” Lee has also invited personal requests for a tour of his car garage. He believes he wants to share with his audience and connecting to them is extremely important for him.

Additionally, Lee is the founder and CEO of the Fenlan Group, a company that diversifies into many industries including retail, property development, real estate and investments. About his company, Lee says, “It does take a lot of work to steer the company in the right direction. There’s a lot of travel involved too. But I have never backed down from taking responsibility. In fact, I like being someone people can trust and have faith and confidence in.”

Apart from all of this, Lee is also into comics and collecting them. He enjoys CGC graded comics like X-Men #1, Amazing Spider-Man #1, Iron Man #1 and Wolverine #1.

With 330,000 followers on Facebook, Lecha Khouri is nothing short of a sensation in the car world. Owing to the brilliance he brings to his show, Lee has instilled the passion for cars in numerous people around the world.

Related Topics:EntrepreneurLecha Khouri
Up Next