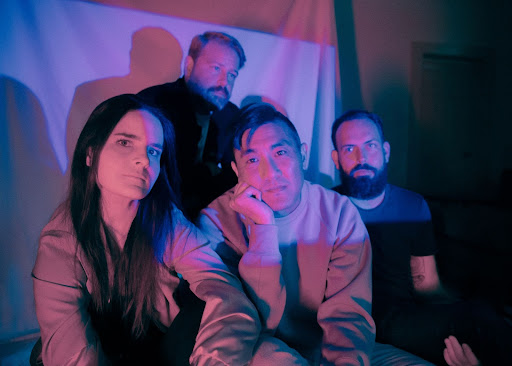 More than their talents and skills, individuals who have successfully reached the forefront of the music scene are recognized for their relentless drive and authentic flair. In fact, much of an artist’s competitive edge comes from their ability to come up with a distinctive style that they can proudly claim as their own. This also has something to do with the things that serve as fuel for their lyrical pieces and creative works. In the case of Letting Up Despite Great Faults, an American indie/dream pop group, it is shown that music can be a powerful tool in inspiring, empowering, and uplifting others.

With the increasingly competitive nature of the music scene, it has become much more challenging for artists to rise to the top of the industry. However, Letting Up Despite Great Faults still managed to establish itself because of its purpose-driven stance, allowing the band to stand out in a sea of other musicians. Today, it continues to create significant waves with the release of its recent single, “Gemini.”

At the heart of Letting Up Despite Great Faults is the recognition that music is a major catalyst in people’s lives. As a group that has always been passionate about its craft, it is not afraid of going the extra mile to encourage people to chase their dreams and do things that make them feel alive. As a matter of fact, the band’s new single, “Gemini,” speaks volumes about its vision and mission.

Hailing from Austin, Letting Up Despite Great Faults is widely acknowledged for delivering unique beats and creating meaningful lyrics that can tug at the heartstrings of its listeners. With its distinctive artistry and incredible discography, the band proves to be one of today’s must-watch groups in the industry. As it continually broadens its horizons and expands its fanbase, it strives to make a positive impact on the lives of others.

Aside from its amazing voice and musical prowess, the Letting Up Despite Great Faults is also known for producing melodies that are not only pleasing to the ears but are also soothing to the souls of listeners worldwide. According to the group, “Gemini” is a reflection of its passion for music and its unwavering commitment to changing the world for the better. The single is part of the band’s fourth record called IV, a self-produced record mastered by Slowdive’s Simon Scott.

In addition, “Gemini” will also come with an emotion-provoking music video, the release date of which is yet to be revealed by the band. The said music video will showcase a choreographed and intimate dance between the characters highlighted in the song using a rope that connects the bodies of two lovers. “We are in constant movement, forever trying to find pieces that fit us. Urzulka, one of our favorite directors here in Austin, tells that story through dancers AidenRogers and Charlie Blaine,” one of the band members explained.

With no plans of slowing down anytime soon, Letting Up Despite Great Faults is currently working on a self-produced album mastered by Slowdive’s Simon Scott, which will be available on Spotify. In the coming years, the band intends to continue being an inspiration to many, using its music to send messages of hope and love.

A Quality Setup: The Best Add-Ons for Kodi on Amazon’s Firestick