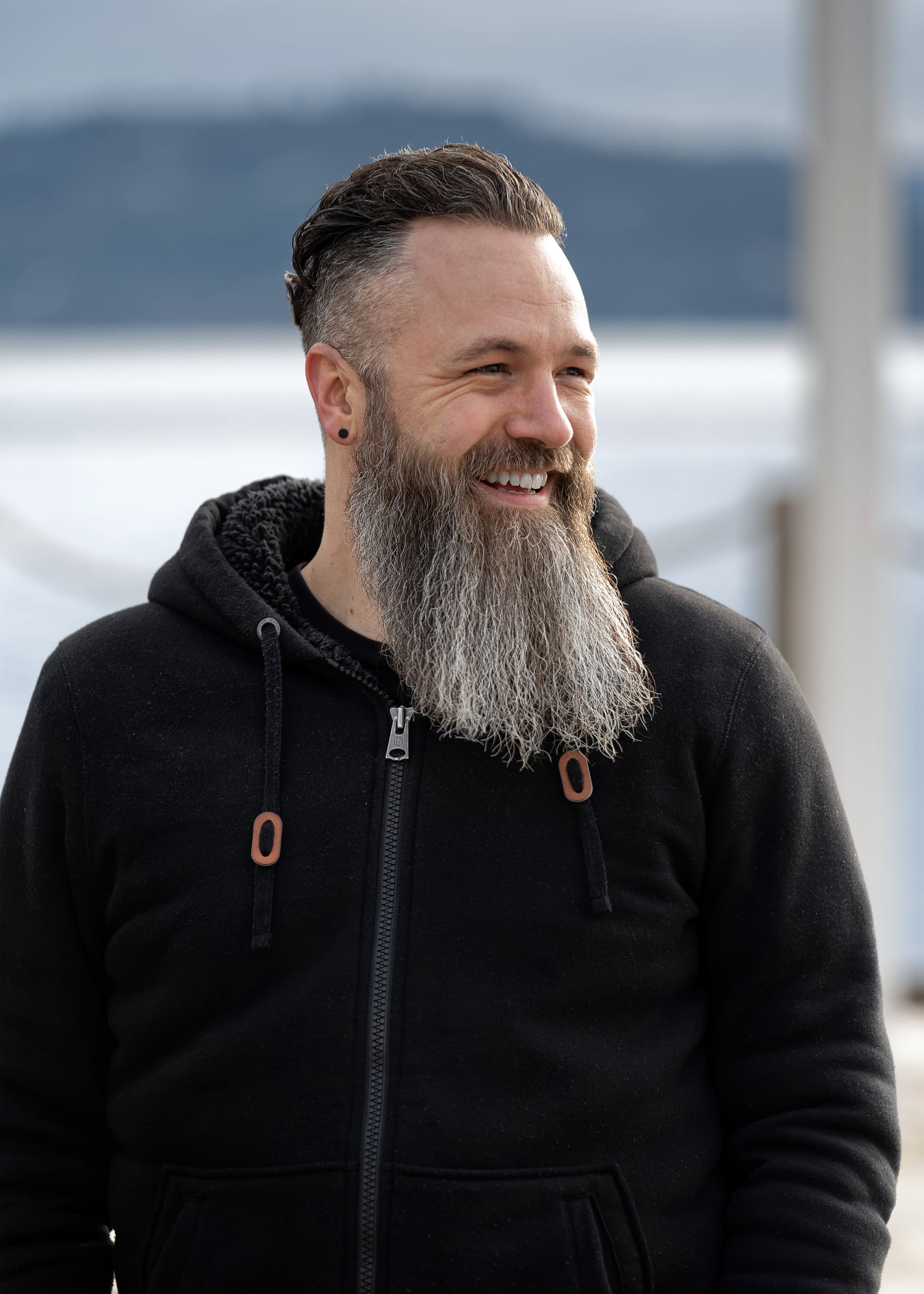 Erik Allen is the epitome of resilience in fighting to rebuild his life against all odds. He is the founder of Erik Allen Media which is all about real life fighters and entrepreneurs. Popularly known for his one of a kind beard, Erik Allen has come a long way in life. Today he is the host of The Top Rated MMA Show and The Erik Allen Show, a voiceover artist, brand and product promo video content creator, keynote speaker and coach. He is definitely a man of multiple talents and a heart of gold.

Belonging to a broken home, Erik comes from a troubled childhood. He has a history of violence as a child and recalls that he beat his mom’s boyfriend with a cast iron pan for hitting her when he was only 13. Rage was a part of him as growing up. He battled addictions throughout his teens and at 21 suffered a serious blow when he went bankrupt. His life was a complete turmoil and he lacked direction or focus. Trouble was his second name and many of the people who knew him could not even imagine how he would divert himself from the path of destruction and become a counselor for many.

Everything changed for him when Erik decided to surrender and give his life to Christ. He underwent a spiritual awakening that brought peace, love and prosperity into his life. For the first time in his life, he felt safe and content. Today Erik and the love of his life, his wife and their two children live in northern Idaho and feel blessed to live as a happy family. Erik and his wife lift eachother up and are a source of constant support to each other.  Their goal is to create a legacy built on biblical foundation and principles, because that’s where they both found direction in life.

Erik is an avid MMA fan which led to him creating the best MMA podcast in the northwest. His work involves lifting heroes of the society, giving them a voice and a platform and helping them earn recognition through his podcasts. He believes in giving back to society and through his podcasts Top Rated MMA Show and The Erik Allen Show, he is able to do just that.

He might have had a chaotic past but with the help of his Heavenly Father, his humble wife and his struggle to transform into a better version of himself has enabled him to escape the past and lead a life of purpose.

An Insight into David Cinelli’s Life: Finding His Passion and Making His Mark

LifeFlip Media: “7 Things You Need to Know When Trying to Gain Media Exposure for Your Brand”