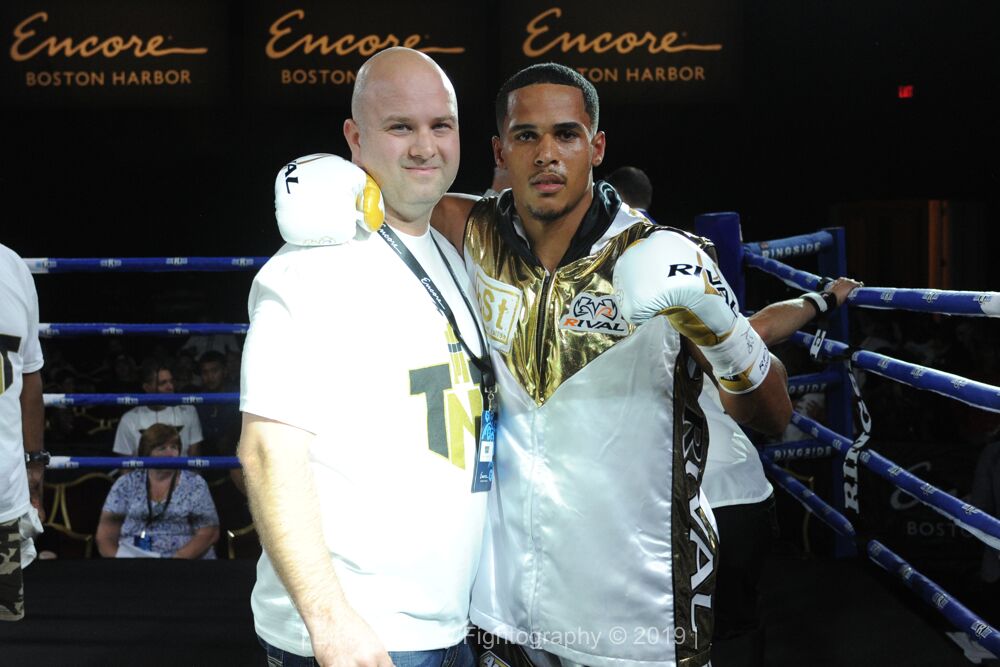 Ryan Roach was born into a family of boxers. His upbringing is where his passion for boxing and the boxing community developed. A naturally giving person, Roach is always looking for a way to help others. Using his background as a boxer and his desire to help others, Roach founded an organization called “Punch 4 Parkinson’s”, an organization that aims to alleviate symptoms of Parkinson’s through specialized boxing routines. After learning that certain aspects of boxing can help reduce symptoms of Parkinson’s, he took it upon himself to share his knowledge with the world. Through his effort and determination to help others, “Punch 4 Parkinson’s” has raised over $500,000 and is currently supporting 100 boxers annually.

A man of many talents, Roach served 8 years as part of the United States Coast Guard, and currently serves as a Lieutenant for the Boston Fire Department. In addition to his work at his local fire department, he also finds the time to do what he loves, boxing. Working as a professional boxing manager FIghter Locker. A family man, Roach resides in Boston with his wife, 2 lovely children, and 2 adorable dogs. Though busy, Roach understands the importance of spending time with his family, further highlighting his selfless, compassionate nature.

Seeing firsthand how staying active through boxing benefited individuals with Parkinson’s, it was clear this was his passion. Starting “Punch 4 Parkinson’s” was a no-brainer. A prolific boxing manager, working with boxer Khiry Todd, Roach has now managed 4 Olympians, one of which brought home a silver medal. Roach owes much of his success to his mentor, Steve Feder, who played a huge role in Roach’s development as a boxing manager.

Though it has been a great journey for Roach, it has not been without mistakes. One he recalls is his decision to put two fighters who despised each other in the ring. This was a huge learning experience for Roach who says he plans to stay out of the ring for the time being.

Grateful for his boxing family, he recognizes that his upbringing played a monumental role in setting the course for his life. It is thanks to his family that he was able to figure out how to share his passion for both boxing and helping others with the world. Boxing has done wonderful things for Roach, and it is his hope that it can do wonderful things for others as well. Always supportive of fellow boxers and those with parkinsons, Roach is always looking for ways to give back to his community. He has participated in various toy drives, and of course through his charity “Punch 4 Parkinson’s”

It’s no secret that one might burn out in the process of trying to reach their goals. Roach recommends that one should stay focused, committed, and to learn how to tune out all the noise distracting them from reaching their true potential. The biggest thing is to just put your time and effort in the right places. Focus on what you believe, in his case it’s helping others through exercise. Though his father passed when Roach was just 28, his message of working hard and playing hard will live with Roach forever.